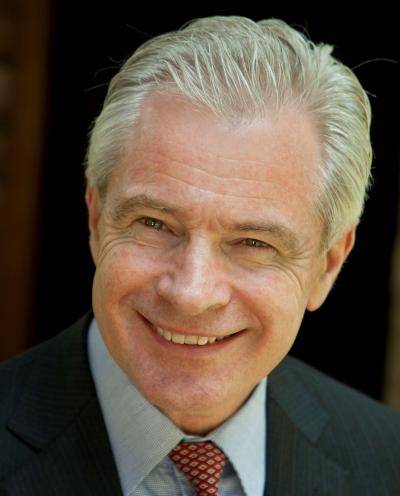 Ian Satchwell is a Senior Fellow at the Perth USAsia Centre and a former President of the Australia Indonesia Business Council.

Between October 2011 and June 2015, Ian Satchwell was Director of the International Mining for Development Centre, a joint venture between The University of Western Australia and The University of Queensland, supported by the Australian Government. The Centre provided practical research, advisory, education and training services to resource-rich developing nations to support development of strong mining governance regimes.

Ian has three decades of experience in minerals, energy, trade and development policies at national and international levels. He has worked on projects in Australia, Asia, Africa and Latin America.

Ian has been closely involved with economic and trade policy in his past roles as National President of the Australia Indonesia Business Council, Chairman of the Services Forum at the Chamber of Commerce and Industry of Western Australia, Director of the Australian Services Roundtable, and Board Member of the Committee for Economic Development of Australia. He is currently a member of the Advisory Council to the Canadian International Resources & Development Institute and an Associate Member of the Business Advisory Council to the UN Economic and Social Commission for Asia and the Pacific.

Economic diplomacy should focus on investment, not just trade
Policy-makers need to modifying government narratives and policy settings to embrace and celebrate the success of Australian investment internationally, as well as foreign…

Australia-Indonesia trade deal: Dealing with great expectations
Many sectors in Indonesia where the countries are well matched - such as legal, audit, health and mining services - remain closed to foreign investment or are tightly controlled.

How US protectionism would threaten Australia
The US is far and away Australia's most important two-way investment partner.