In Ankara’s view, the intervention in Syria has been a diplomatic and military success, but an economic risk looms. 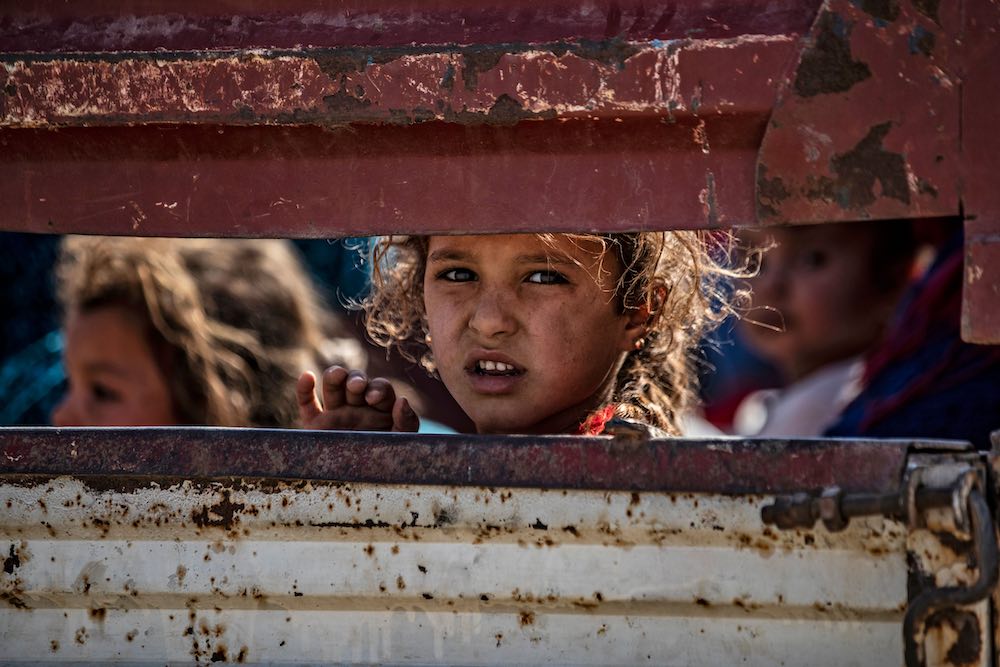 On 9 October, Turkey launched a military operation, code-named Operation Peace Spring, against US-allied Kurdish forces in north-eastern Syria. Ankara described the goal as creating a “safe zone” along the Turkish-Syrian border, 480 kilometres long and 32 kilometres deep, stretching from the Euphrates river in the west to the Iraqi border in the east.

As it followed US President Donald Trump’s shocking decision to withdraw US troops from Syria, as well as a confusing White House statement declaring that the US Armed Forces will “not support or be involved in the operation”, the Turkish role in the Syrian Civil War has once again led to heated debate.

Although Turkey has relatively little trade dependence on the US, any US sanctions would have a negative impact on the Turkish economy, and also raise further doubts at home about the government’s strategy.

Trump has been widely criticised for abandoning the Kurdish People's Protection Units (YPG), US allies who have been fighting the Islamic State for nearly four years. Although Trump warned in a tweet that if Turkey does anything that he considers “off limits”, he would “totally destroy and obliterate the economy of Turkey”, there is little doubt that Turkey will enjoy considerable leeway in the wake of the US pulling back its forces.

Russia appeared to have an equally ambivalent attitude towards the Turkish military incursion. Russia made an official call for all foreign military forces “with illegal presence” to leave Syria, yet Moscow recognised that “Turkey has the right to defend itself”. This perhaps reflects both recent diplomatic warmth between the two countries and a Russian view that is better to have Turkey rather than US in Syria, despite supporting opposing sides in the Syrian civil war.

By contrast, Iran as a staunch supporter of the Syrian regime has urged Turkey to pull its forces out of Syria. Tehran fears excessive ethnic tensions spreading into the Kurdish-populated regions in Iran, although given its own involvement in the Syrian civil war for almost seven years, it too has acknowledged Turkey’s “legitimate security concerns”.

What these responses demonstrate is that Turkey has achieved remarkable diplomatic success in preventing any outright military opposition to its actions in Syria. Yet opposition in the form of economic sanctions might still be forthcoming.

Three major reasons are driving Turkey’s intervention, according to statements by President Recep Tayyip Erdoğan and accounts in Turkish media.

First, to secure Turkey’s border and allay a deep anxiety among the Turkish national-security community that Kurds will set up a YPG-controlled independent state in northern Syria, which would encourage Kurdish separatism among Kurds in Turkey, and thus affect Turkish national security.

Second, to return Syrian refugees back to northern Syria, having hosted more than 3.5 million refugees over the last eight years, in a morally justified but costly policy that was widely criticised at home for jeopardising Turkish economy and deepening a national economic crisis. The presence of the refugees also poses a political challenge for the ruling party – former prime minister Binali Yildirim has repeatedly reassured the public that “Syrian refugees are present under temporary protection status, and they will return after the war ends”.

Third, and perhaps most perversely, Turkey is increasingly concerned about the territorial integrity of Syria. While Turkey has put considerable effort into overthrowing the Assad regime, it gave YPG an opportunity to further strengthen its power, leaving Ankara with a choice between a consolidated Assad regime or an autonomous Kurdistan in the near future – in which case it would side with Assad in a bid to contain Syrian Kurds’ ascent in the region.

Turkey’s military intervention in Syria, however, leaves Turkey’s already fragile economy even more vulnerable. Since 2018, it has suffered from high inflation, high levels of foreign-currency denominated debt, and a tumbling currency market. Even after the military operation and setting up the safety zone (including the spending for hospitals, schools, and other critical infrastructure), Operation Peace Spring hardly seems a low-cost option for Turkey.

A further risk lies in potential international sanctions. Although Turkey has relatively little trade dependence on the US, any US sanctions would have a negative impact on the Turkish economy, and also raise further doubts at home about the government’s strategy. Moreover, should the European Union, Turkey’s largest trade partner, decide to pursue economic sanctions, the damage will be acute. The EU has already approved a sanctions package against Turkey in July for Turkey’s gas drilling off the Cyprus Coast.

So far, Brussels has urged Turkey “to cease the unilateral military action”, saying a sustainable solution to the Syrian conflict cannot be achieved militarily. It has not ruled out the possibility of punitive EU policy towards Turkey, including a suspension of cooperation agreements or the cancellation of accession funds.

Thus, the strategic benefits Turkey sees from its intervention in Syria could carry major economic costs. Ankara may have judged the economic risk worthwhile in comparison to its immediate national security interests, but only time will tell.

Show Comments
Previous Article
US-China trade talks: No deal yet, but a breakthrough of sorts
Next Article
China and the problem with liberal values in a corporate world