The last straw for Theresa May

Her great failure was to concede the withdrawal agreement flaws instead of championing it as a negotiating triumph. 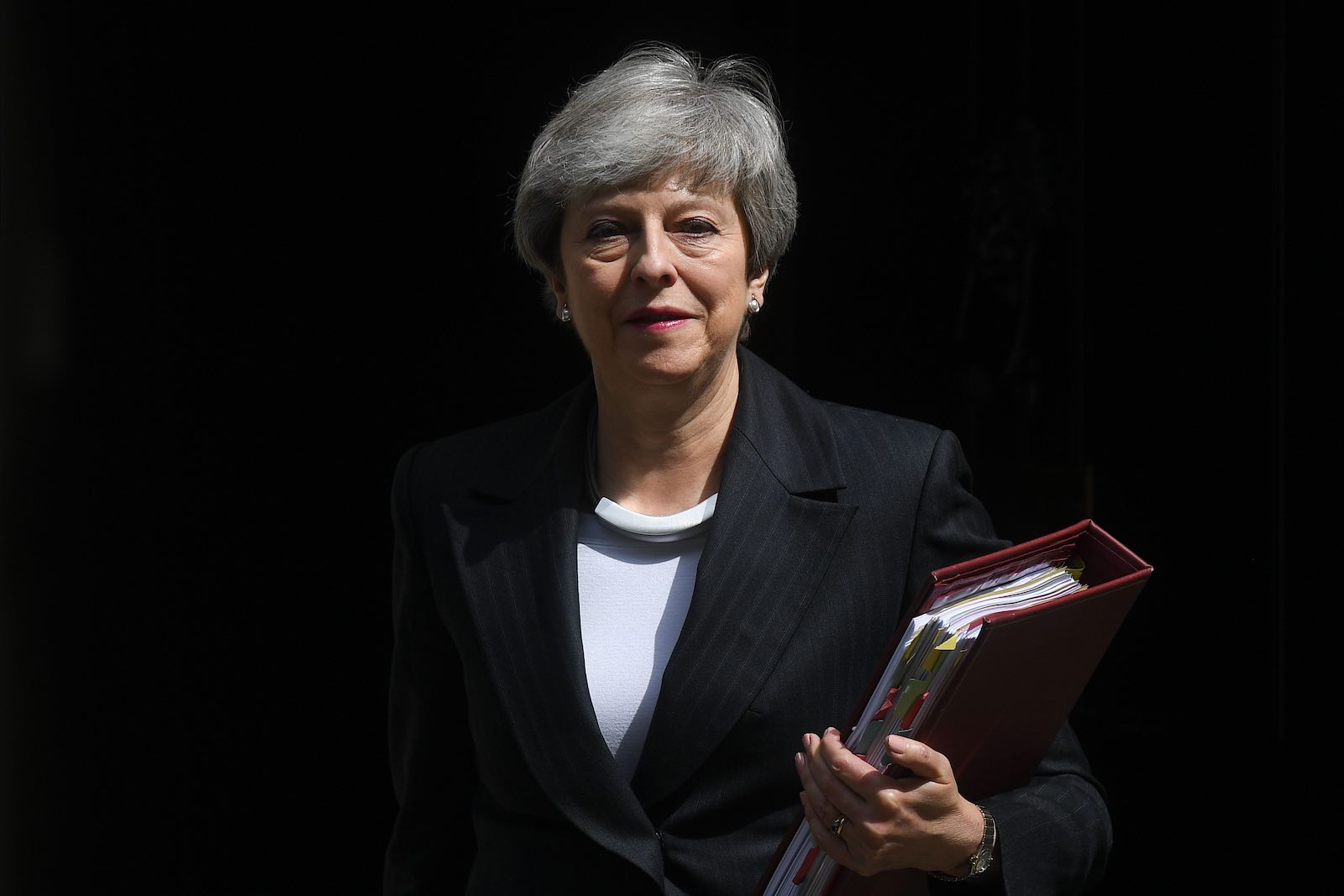 Theresa May’s strategy was always to deny there was any alternative to her deal (Photo: Daniel Leal-Olivas via Getty)
Published 24 May 2019 09:30   0 Comments       Follow @LawDavF

After Margaret Thatcher, John Major, and David Cameron, Theresa May is the latest Conservative Prime Minister to have been undermined by her inability to manage the divisions within her party over Europe.

May tried to achieve something that was always going to be difficult, respecting the outcome of the June 2016 referendum and getting Britain out of the European Union in an orderly fashion, but was sabotaged by hard-line Brexiteers in her own party. They refused to support her on the basis that the deal she negotiated conceded too much to the EU. The sabotage was successful because May had systematically weakened her position through a series of avoidable errors and then lacked the basic political skills to persuade people that she had taken the right course.

The cliff edge will soon loom up again, especially if no progress is made while a Tory succession fight takes place.

The errors are now well documented: failing to explore the possibility of forging a national consensus on next steps when she came to power in the summer of 2016 but instead aligning herself with quite a tough pro-Brexit stance that would be hard to deliver; invoking Article 50 in March 2017 which set a strict timetable of two years for negotiations before any substantial work had been done on what a desirable deal might look like and whether it could be agreed; then catastrophically a few weeks later calling a general election which she seemed almost certain to win handsomely and then almost lost, leaving her authority over her party weakened and her government dependent on a the support of the Democratic Unionist Party (DUP). The deal she negotiated was opposed by a coalition of those who wanted the UK to stay as close to the EU as possible and by those who wanted to have the cleanest possible break.

Having said that she would never ask the EU to extend the Article 50 deadline she twice had to do so, and having also said that it would be unacceptable to hold elections for the next European parliament she had to concede this, too. We are now awaiting the results of these elections that are expected to see her party humiliated.

May tried, in a last desperate move, to engage the opposition Labour Party in talks to agree a common position (something that might have worked at the start of the process). She was stymied by the anger this caused in her own party and the disbelief on the opposition side that she could deliver on whatever she promised.

The last straw for her internal opponents was a proposal to table a new withdrawal bill that offered some incentives for Labour MPs, including on a referendum, but nothing firm enough to swing the vote. This has had to be withdrawn. It now looks like she will not even be able to arrange an orderly withdrawal for herself from No. 10 Downing Street.

Her strategy was always to deny that there was any alternative to her deal. It was unacceptable to rerun the 2016 referendum but also to leave without transitional structures in place. On this latter point, however, she was caught by her initial mantra that a “bad deal is worse than no deal”. In the normal way this is used in negotiations the option to walk away from talks means sticking with the status quo, in this case staying in the EU.

May’s opponents have got away with arguing that “no deal” represents a relatively painless escape route.

However with the Article 50 deadline Leavers decided that this also could mean a clean break with the EU, without any agreements to ease the transition or sort out new trading relations. They took comfort in a misreading of the role of Article 24 of GATT under the World Trade Organisation, which provides for a 10 year buffer of no new tariffs. This is designed to be preparatory to a wider trade agreement and not an alternative, and so would not apply without any negotiations. So harsh tariffs and customs checks would immediately come into force, causing havoc to UK businesses and complications for all travel to and transactions with the rest of Europe. It is telling that Michael Gove, one of the leaders of the Leave campaign but now with the agriculture portfolio, has stuck with May and acknowledged the damage “no deal” would do to his sector.

Her great political failure was to concede the flaws in the withdrawal agreement instead of making a strong and impassioned case for it as a negotiating triumph and the best way to get out of the EU with limited economic damage and a relatively unified country. Instead her opponents have got away with arguing that “no deal” represents a relatively painless escape route. This has been the basis of the extraordinary surge in support for Nigel Farage’s Brexit Party and the collapse of support for May’s deal. At the same time Labour’s equivocation over its stance, especially on whether it supports a second referendum, has seen its support go to the avowedly Remain parties – notably the Liberal Democrats and the Greens.

As May’s replacement has to come from the Brexit wing of the party, albeit one inflated by erstwhile Remainers who now wish to be PM, the UK will soon have a new prime minister committed to a tougher line. But the basic political realities will not change. Because French President Emmanuel Macron insisted that the most recent extension of the deadline could only be to the end of October (although it could be extended again) the cliff edge will soon loom up again, especially if no progress is made while a Tory succession fight takes place. It is not clear that a leader elected on a no deal platform could secure a parliamentary majority, as up to 30 Conservatives could defect on this basis.

But while the parliamentary arithmetic is against “no deal” there is no clear support for anything else. Nor is it evident how one party will be able to command a majority should a general election be called. If it was, a Remain coalition is as likely a result as a Leave coalition. Meanwhile the EU will not renegotiate the most contentious part of the withdrawal agreement on the Irish backstop. It is prepared for no deal and assumes that the ensuing chaos will lead to urgent and desperate demands from the UK to revive the deal.

Predictions are now more unwise than ever because the personality and political talents of the next Tory leader will matter. It is, however, at least possible that a hard-line Brexiteer PM, caught by the logic of the political impasse, faced with the reality of having to take responsibility for the consequences of no deal, may turn to a second referendum as the only option left.