Why bother to send a UN special rapporteur to the country if the democratic backsliding is all but ignored? Following her latest visit to Cambodia, United Nations special rapporteur Rhona Smith this month issued what is a customary statement. The wording wasn’t particularly strong – she praised certain developments in the country while condemning other setbacks – but it was in line with previous comments she has made over the years. The problem is that Cambodia’s political situation has drastically changed in recent times, while Smith’s rhetoric has remained the same.

Cambodia once had a thriving opposition party that won more than three million votes in the 2013 national election and 2017 local elections. That party, the Cambodia National Rescue Party, was dissolved prior to the 2018 national election. Its leader Kem Sokha is under house arrest, other party elites have fled the country, and grassroots supporters are subjected to legal harassment and violence.

While noting and condemning the harassment of opposition members, Smith made a comment that seemingly blamed both sides:

I am conscious of the frequently aggressive rhetoric from both sides and believe there is a need to change the political culture to one that focuses on issues rather than persons.

Such remarks draw a false equivalency and seemingly ignore the massive power discrepancy that exists between the ruling Cambodian People’s Party and the persecuted CNRP. The CNRP has used fiery rhetoric, calling Hun Sen a dictator and asking soldiers to disobey orders if told to fire on protestors. Hun Sen, in comparison, has threatened to blow up his opponents with rocket launchers. 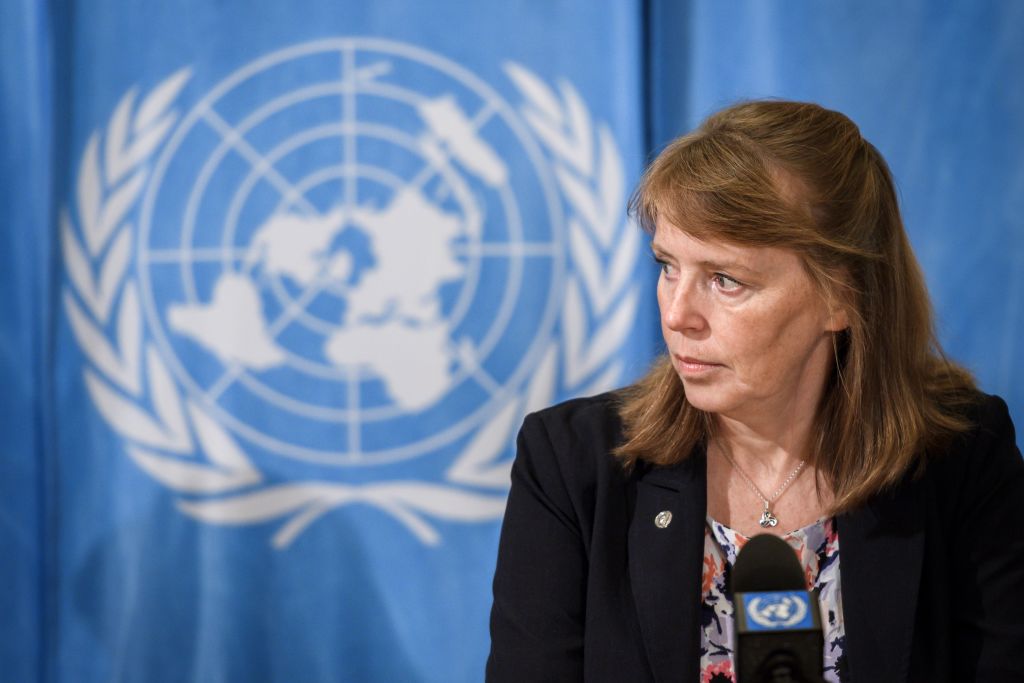 Cambodia also once had a vibrant journalism community lead by two fiercely independent newspapers and a slew of critical radio stations. The radio stations and the Cambodia Daily were shut down, while the Phnom Penh Post was taken over by pro-government owners (I was previously a reporter with the Post). Two journalists had to flee the country to avoid incitement charges while two others were imprisoned for nine months for “espionage”.

In the face of the total obliteration of Cambodia’s free press, Smith said: “The Government has highlighted the expansion of media in Cambodia but I have also observed the decline in sectors of media.”

Smith’s statement was not received well in the journalism and activist community, with many feeling she continues to act as if it is business as usual in the kingdom. Former Phnom Penh Post reporter Ananth Baliga tweeted:

These are screenshots of the Sp Rapporteur’s end of mission statement. Read it and see what you think. This statement in no way reflects the current situation, barely refers to the government’s two-year long crackdown and, worse, seems to sugarcoat it. pic.twitter.com/ZYEKJUBpwT

During Smith’s visit, she was also again denied the right to visit Sokha under house arrest. This lack of authority coupled with her weak criticisms have led observers to ask what exactly is the point of the special rapporteur?

For some, such as Australian-based Cambodian community leader Sawathey Ek, Smith is simply legitimizing Hun Sen’s dictatorship. “[H]er presence in the country does nothing more than lend further authority to the Hun Sen regime,” Ek wrote in an op-ed for Asia Times.

The special rapporteur position is beginning to feel anachronistic as Cambodia moves farther away from its original democratic vision.

The position of a special rapporteur on human rights in Cambodia was established in the Paris Peace Accords signed in 1991. The Peace Accords were meant to usher in a new period of democratic stability under the guidance of the UN after decades of civil war and a horrific genocide.

Like many requirements in the accords, the special rapporteur position is beginning to feel anachronistic as Cambodia moves farther away from its original democratic vision, abandoning its relationships with the US and European Union in favour of China.

One of the primary purposes of the peace accords was to establish free and fair elections – an objective that has clearly failed given the forced dissolution of the only viable opposition party.

The agreement also demanded respect for basic human rights such as freedom of speech and assembly, but both of those freedoms remain severely restricted.

China, however, places no human rights requirements on its support of Cambodia.

Due to recent political developments, the EU has threatened to revoke its preferential trade agreement with Cambodia, the equivalent of imposing economic sanctions. This will cost the Cambodian economy $676 million per year and will strongly impact the garment sector which employs 800,000 and is prone to mass protests.

In the face of this pressure, Hun Sen has accused the EU of holding Cambodia hostage, threatened to worsen his crackdown on the opposition, and claimed China will help mitigate any economic fallout.

If massive economic losses and a disgruntled garment sector isn’t enough to convince Hun Sen to backtrack, what can Smith’s vague disappointments and condemnations possibly hope to achieve?