Scott Morrison backed the Iran nuclear deal to reinforce “the rules-based international system”, only to be Trumped. 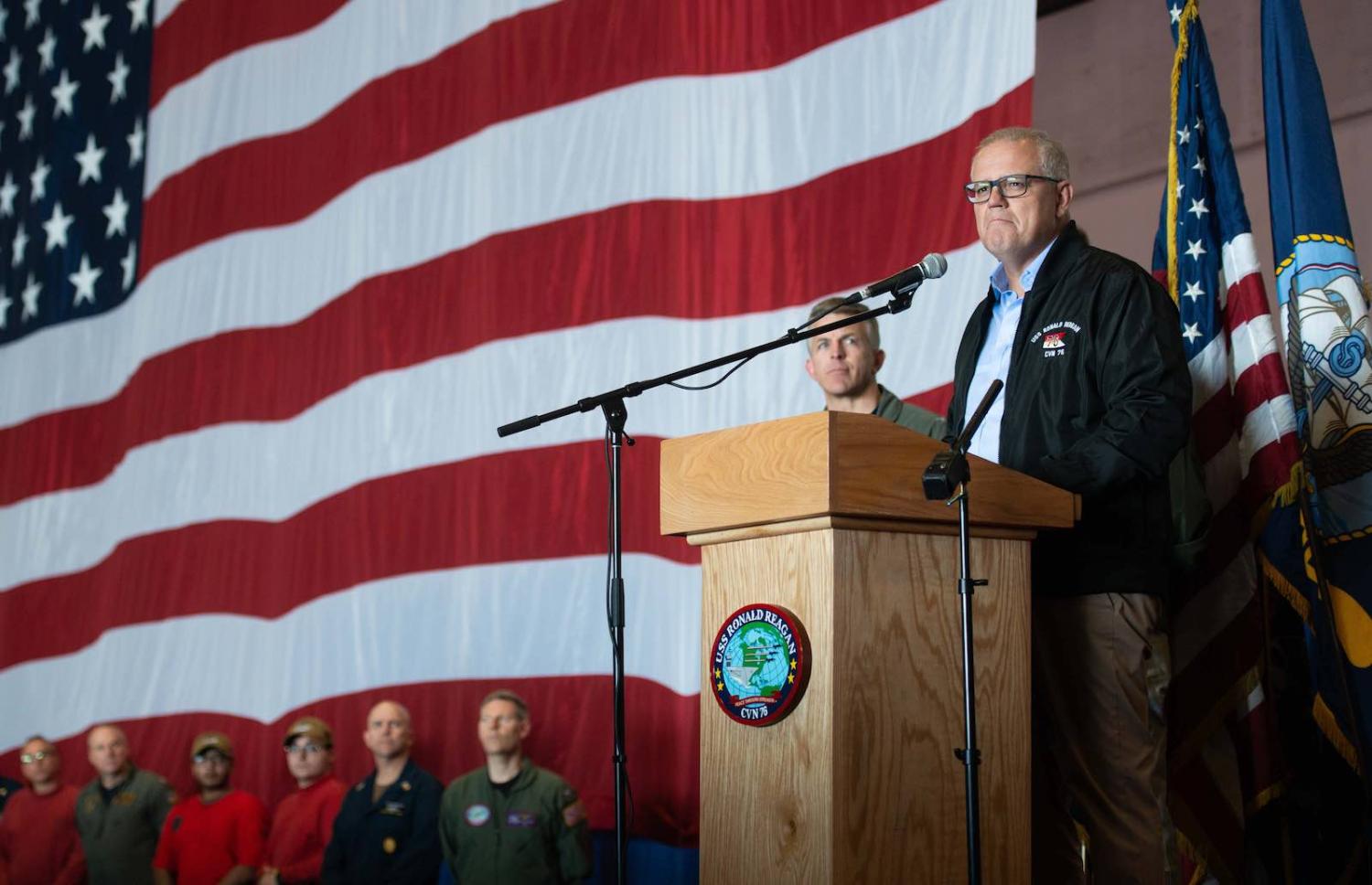 Back in December, Scott Morrison went halfway in following Donald Trump’s change to the diplomatic recognition of Israel, deciding to leave Australia’s embassy in Tel Aviv while formally acknowledging “West Jerusalem” as the capital. But at the same time, Morrison decided not to follow Trump at all on the question of Iran, declaring Australia’s continued support for the nuclear deal that Trump had unilaterally abandoned.

Morrison’s reasoning when backing the Iran deal was fascinating, not only for Australia’s approach to the Middle East, but broader foreign policy goals. He explained:

It serves our interest in encouraging rules-based approaches to resolving other issues of international concern, including the South China Sea.

This emphasis on “reinforcing the rules-based international system” now sits somewhat awkwardly with the government’s decision this week to go all the way with Trump in deploying military force to the Persian Gulf. Awkward, not so much for sending the navy to the Gulf region, where it has been an off-and-on presence for decades, but for the signal it sends about Australia’s support for the rules.

Fairly or not, it will appear that Australia is comfortable supporting the rules so long as its allies are writing them – or rewriting them, as the case may be.

The government will argue its decision to contribute to what is being called the “International Maritime Security Construct” is focussed on the threat to ships in the Hormuz Strait, where about 20% of the word’s oil supplies transit each year. Morrison said on Wednesday, “This is about freedom of shipping,” and he insisted Australia was not signing up to a US mission to exert maximum pressure on Iran, which he described as a “completely separate” issue.

Trump might present that participation differently, but regardless, the present tension cannot be divorced from the fast-collapsing nuclear deal. Before Trump’s decision to abandon the arrangement and impose additional sanctions, Iran had been exporting an estimated 2.5 million barrels of oil per day – Iran’s exports have since suffered a staggering drop to about 100,000 barrels per day.

None of which excuses the harassment of ships in the area. But from Tehran’s perspective, it had been given the tick by international monitors for following the rules set down in the nuclear deal, only to be punished for doing so.

Morrison has acknowledged the complaint that the nuclear deal with Iran was too narrow – the problem, as he put it in December, was “not to what is in the agreement, but what’s not in the agreement”. The nuclear deal was about the nuclear question and did not address Iran’s support for proxy militias in the region or clamp down on ballistic-missile technology. The argument could also be made that by settling at least one aspect of a long-standing problem in the Middle East, the deal offered the US a chance to achieve its goal of shifting more attention to the Asia-Pacific.

But Morrison still backed the nuclear deal for its “worthy achievements” and the bigger picture that countries should be able to rely on the sanctity of the rules. Only the government has since played an increasingly ridiculous pantomime, issuing warnings against Iran for uranium enrichment in breach of the nuclear deal, without directly pointing the finger at Washington for breaking the arrangement in the first place.

Which is the way of the world. The nuclear deal is as good as dead, and Australia must respond to the world as it is, not just as it would like to be. But the precedent won’t go unnoticed, especially when it comes to those other tricky international problems, such as the South China Sea.

Fairly or not, it will appear that Australia is comfortable supporting the rules so long as its allies are writing them – or rewriting them, as the case may be. To borrow a phrase, the emphasis appears to be on the US-based order, rather than on the rules themselves.

And this latest move adds to a pattern. Australia has already effectively ignored Japan’s willingness to thumb its nose at the established rules when it didn’t suit Tokyo’s desire to keep hunting whales after losing a case at the International Court of Justice. Carving out yet another exception only adds to the challenge. It was tricky enough for Canberra to insist that Beijing respect the United Nations Convention on the Law of the Sea when its principal security ally in Washington maintains it follows the treaty but has never ratified it.

Yet if there is a rule about respecting rules, it’s that consistency matters.

Previous Article
In Malaysia, flipping over the script
Next Article
Modi vs Wild: Political survivor

The future is female in PNG

In 46 years of independence, only seven women have been elected to Papua New Guinea’s parliament. Can the tide turn?
Rodger Shanahan 16 Oct 2019 14:30

Japan – through its team and wonderful crowds – put on a rugby festival worthy of the name.
Stephen Grenville 21 Aug 2017 12:12