A government promise to cover 90% of Australia’s trade with FTAs went largely unheralded during the election campaign. 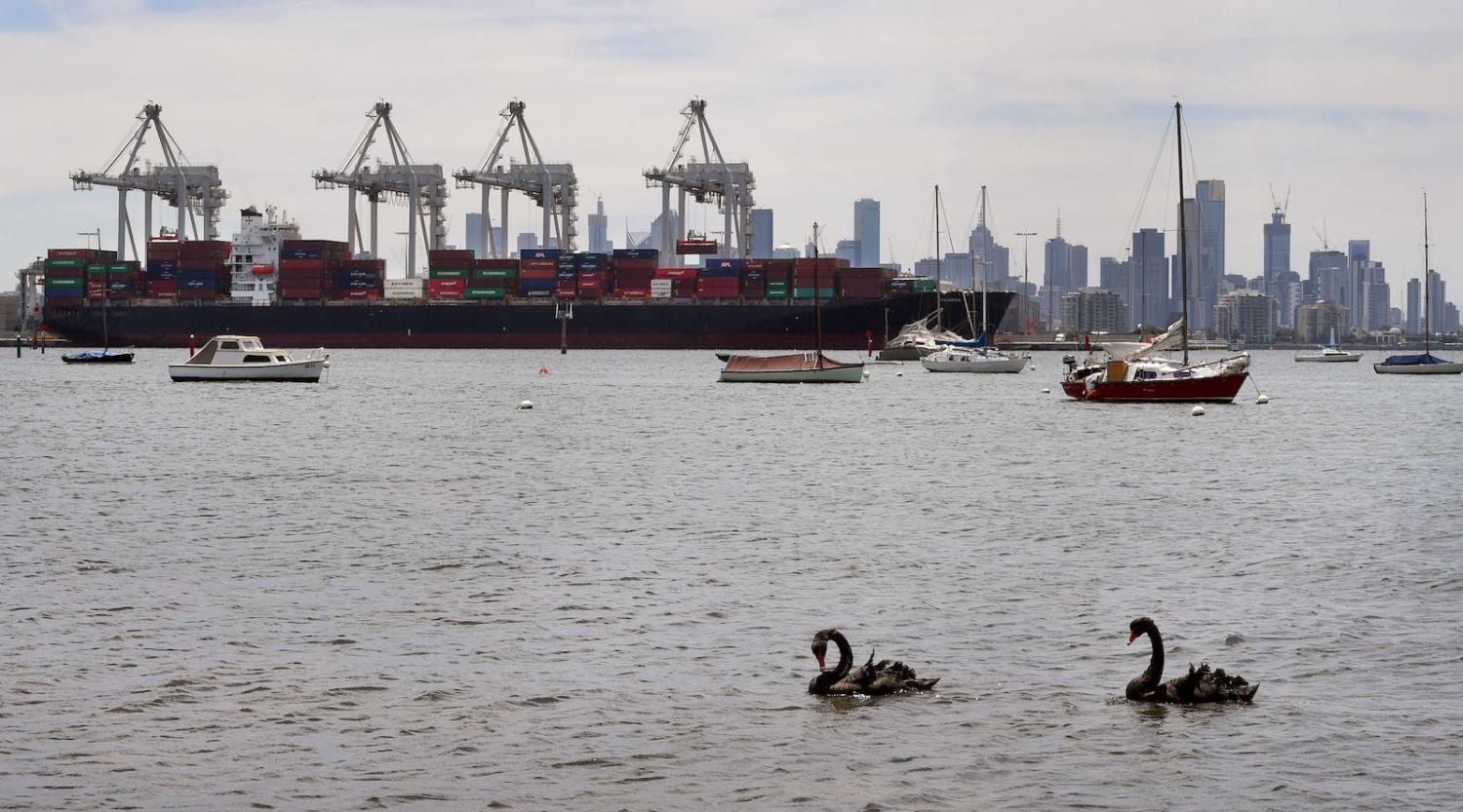 Black swans in Melbourne, but watch instead for grey rhinos (Photo: William West via Getty)
Published 23 May 2019     Follow @Greg__Earl

Australia’s election campaign might have been largely devoid of international affairs debate, but the Liberal Party did release a low-key trade policy which provides some insights into where the new government will take what it calls commercial diplomacy.

It is worth recapping that this is a government which came to power in 2013 with little to say about this policy area but unexpectedly gave economist-turned-politician Andrew Robb the personalised combination of trade and investment. The result was a series of Asian trade deals which are now regularly cited as some of the Coalition’s government’s biggest achievements.

The latest election policy didn’t provide much promise of that sort of trajectory. But it does set out some new directions in line with an essentially pragmatic approach to commercial diplomacy: making sure business knows about trade deals and providing it with a bit more input into trade negotiations.

In response to Labor initiatives and pressure from some business groups, the Liberal policy aims to improve the transparency of trade agreements by creating a Ministerial Advisory Council for each trade negotiation representing “a range of Australian export interests and industries, comprising 10 practitioners with a successful exporting background and extensive industry networks.” It will also provide more information to the Parliament’s Joint Standing Committee on Foreign Affairs, Defence and Trade.

The policy also promises to pilot a modest increase in transparency in the forthcoming negotiation with the European Union.

The policy also promises to pilot a modest increase in transparency in the forthcoming negotiation with the European Union by allowing Members of Parliament access to the text “around the time of conclusion.”

While the policy statement emphasised better business use of existing bilateral deals and defence of local business against unfair competition, it did pay some heed to the new multilateral trade agenda where coalitions of willing countries are pursuing sector liberalisation, such as the Digital Trade Initiative.

It may have just been election campaign enthusiasm, but the policy appears to have renamed the Export Finance Insurance Corporation (EFIC) as Export Finance Australia, rather than simply giving it the option of using that name for certain projects as the recent EFIC capital boost legislation provided. This is part of the continuing effort increase the profile of Australian development aid.

India, notably, got the biggest country reference in the policy but really only in the form of a reiteration of the key ideas in the India Economic Strategy written by former diplomat Peter Varghese.

Rethinking China has become the cri de coeur of just about every institution involved in Australian foreign policy in the past year, but the latest contribution amounts to a rethinking of the rethinking.

Australia China Relations Institute acting director James Laurenceson says that the calls for Australia to diversify its way out of over economic dependence on China have created an unnecessary level of anxiety about risks.

His new study argues that the risks of doing business with China are not as much unforeseeable disasters – or so-called “black swans” in the language of economic forecasters – as much as “grey rhinos” or obvious, but perhaps neglected, threats.

And he says while diversification is sensible, the debate about it has failed to acknowledge two key differences between economic engagement and security policy management.

Unlike security ties, the pattern of Australia’s external economic engagement is mainly determined exogenously by market forces – economic complementarities and purchasing power – not elected officials or bureaucrats sitting in Canberra.

Secondly, trend bilateral trade growth shows that old partners such as the US and Japan and newcomers like India and Indonesia are failing to keep up with China, suggesting that “many Australian industries will need to grapple with more exposure to China, and not less”.

The grey rhino risks of Chinese economic growth slowing and Beijing occasionally interfering in economic engagement for diplomatic reasons are manageable from a national perspective (if not always an individual business perspective) because China needs Australia and access to the global economy.

“Don’t get lost in the anecdotes. The political impact on trade is far less significant than the anecdotes might suggest,” Laurenceson argues.

Make or take a break

Indonesia’s post-election effort to talk itself up as a manufacturing hub to rival Germany and South Korea jars with some new thinking about the future of regional economies from Asia’s newest multilateral economic forecaster.

Industry minister Airlangga Hartarto says re-elected President Joko Widodo will rely on automotive, chemicals and electronics industries to push manufacturing from 20–25% of the economy by 2025 in one of the first initiatives from the new government.

But the latest regional economic outlook from the ASEAN +3 Macroeconomic Research Office (AMRO) devotes a lot of space to encouraging countries to look beyond the export manufacturing strategy that has been central to the region’s development. The AMRO economists argue:

The region as a whole has prospered over the past two decades, with the “manufacturing for export” strategy as the main pillar in most countries. However, the transformation to services is inevitable and the issue of investment in the requisite areas to generate and sustain growth will need to be addressed.

AMRO provides the economic research base to back the region’s own bailout mechanism, the Chiang Mai Initiative. The agency’s focus on long term economic stability means it is encouraging countries to ensure that infrastructure investment is focussed on the needs of a future services-based economy rather than traditional manufactured goods production.

But the theme runs throughout its latest outlook, including in a section of how growth momentum in the critical electronics export manufacturing sector has slowed even before the structural disruption expected to be caused by the US-China trade war.

And then the AMRO economists, who presented at the Lowy Institute earlier this month, strongly embrace tourism as the epitome of the new services economy upon which they say regional countries should be more focused.

“The (tourism) value chains, not unlike those in manufacturing, comprise elements such as: efficient air and land transport; interoperable payment systems; free(r) trade regimes allowing for supply of services via different modes including commercial presence and movement of natural person,” the move-on-from-manufacturing message continues.

Previous Article
Tackling the global danger of drug-resistance: how far have we come?
Next Article
Cambodia: weak words on strongman rule

While the opposition worries about gerrymandering, the flaws in the decision are more about the population count.
Greg Earl 10 Feb 2022 12:30

Australia’s new embrace of South Korea in minerals, defence, and trade is well-timed as the country catches up to Japan.
Purnendra Jain, Takeshi Kobayashi 18 Sep 2019 13:00