Arvind Kejriwal is fast becoming the most well-known local politician in India and proving a headache for the BJP. 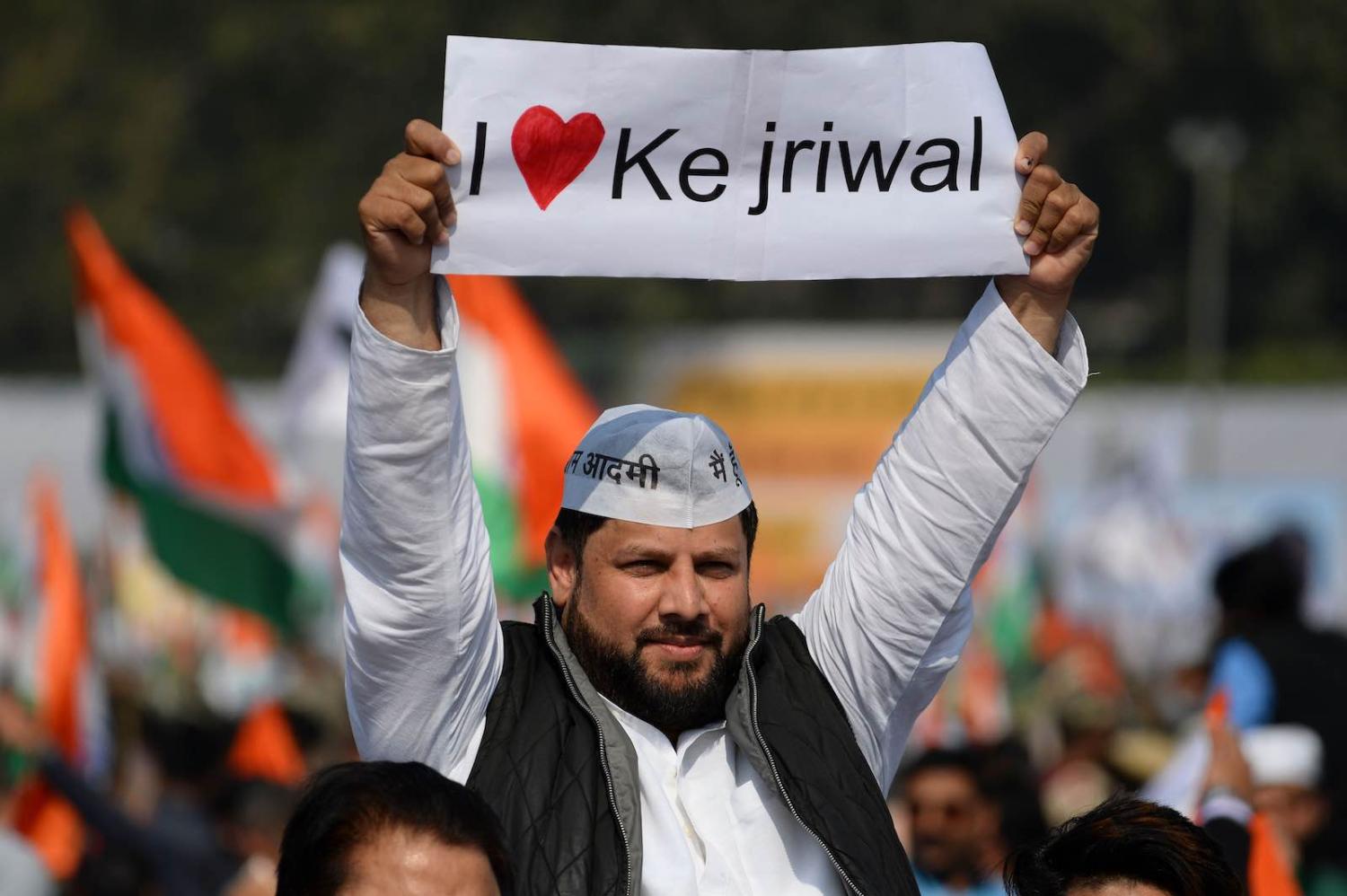 In this month’s election to the Delhi Legislative Assembly, Arvind Kejriwal’s Aam Adami Party (AAP or the Common Man Party) won another landslide victory, claiming 62 of the 70 seats. This left only eight for the Bharatiya Janata Party (BJP) that currently rules India under Prime Minister Narendra Modi, and left the once powerhouse Congress Party – which ruled Delhi for 15 years from 1998 to 2013, and India nationally for most of the post-independent period – without a single one.

While most polls and surveys suggested the AAP would win the election, none predicted such large number of seats with nearly 55% of the vote. Some analysts had thought that there would be “a closer finish than originally expected”.

The BJP may claim the results mark an improvement, given the party only won three seats in the last assembly election in 2015. But this outcome is nowhere near what the BJP sought and hoped for. Just a few days before the latest poll, Home Minister and BJP’s master strategist Amit Shah claimed that his party was on track to win 45 seats.

This is the third time Kejriwal will serve as Delhi’s Chief Minister, having secured another term of five years. With his party’s first electoral success in 2013, Kejriwal truly changed India’s political discourse, leaving the two established political parties to today become all but fringe actors in Delhi politics.

Kejriwal’s 2020 performance against all political odds speak for his policy achievements, service, and connection to Delhiites. The BJP was so certain of its success that its leaders began to mount offensive and vitriolic attacks ahead of the ballot, even branding Kejriwal a “terrorist” and “a spokesman for the Pakistan Army”. Not only did Amit Shah, the BJP’s second most powerful figure, campaign vigorously, he also deployed huge resources in the form of volunteers, parliamentarians, and finances to defeat the incumbent chief minister.

Furthermore, the electoral contest was presented as if a run-off between Kejriwal and Modi, as a BJP chief minister candidate was not announced to replace Kejriwal. Driving through Delhi roads during the election period, there were plenty of billboards and electronic displays featuring Kejriwal and Modi – the two faces representing the AAP and BJP.

While Modi’s BJP appears rock solid at the national level, due largely to a weak and ineffective opposition, at the state level the story is changing significantly.

Kejriwal is an intriguing figure, having led his party in successfully challenging the then ruling Congress in 2013, then seeing off the BJP in both 2015 and again this year, despite Modi’s popularity and the Prime Minister’s thumping electoral victory at the general election early last year. An unassuming and down-to-earth man, Kejriwal is a graduate of the prestigious Indian Institute of Technology and former high-ranking bureaucrat in the Tax Department. He shot to national fame in 2011 through his association with an anti-corruption movement during Congress Party rule both nationally and in Delhi. His anti-graft campaign attracted nationwide attention and his concerns for Delhi residents captivated many voters. Since 2013 Kejriwal has been a most watched and commented “local leader”, both in India and abroad.

His latest victory represents a big tick to the kinds of social services his government provided to Delhiites during the past five years of AAP’s rule, especially for the poor and less privileged. These included reasonably priced – sometimes free – electricity, water, school, transportation, and medical facilities, and above all, good governance. In January Kejriwal issued a ten-point “guarantee card” for the Delhiites which included reducing pollution, building houses for the slum dwellers, and plans for better business infrastructure, while guaranteeing the current welfare policies to continue and improve.

The contrasting approach to the election was also marked. Kejriwal engaged voters on “local” issues – issues that matter for their living and working conditions – while the BJP leadership remained focused mainly on national and international issues, such as those related to the Citizenship Amendment Act, sectarian identity, and pro-Hindu rhetoric, which did not attract many voters. Some BJP leaders even made comments that clearly promoted hate politics.

While Modi’s BJP appears rock solid at the national level, due largely to a weak and ineffective opposition, the story is changing significantly at the state level. The BJP has once again been rejected by Delhi voters, a huge setback to the party strongmen – Modi and Shah included. Although a jurisdiction with only 20 million people in a country of 1.3 billion, Delhi’s visibility both nationally and internationally is much above its size, being the capital city of India where national offices, big business houses, and embassies are located. Its politics is watched and reported widely, especially since Kejriwal jumped into the political arena.

Modi’s party has already lost several of the state elections in recent months. Losing Delhi (again) adds to the political woes of the BJP. According to one calculation, the BJP controlled some 70% of India’s territory in 2018, yet this is now reduced to barely 35%. While it is difficult to say how much impact will the Delhi election have on other state elections, such as in Bihar later this year, one thing is clear – that the BJP, although an all-powerful national entity, does not hold a monopoly on India’s political landscape.

Complaints about America’s attention to the region need to be put in proper context.
Mike Callaghan 8 Jul 2019 14:30

The old “gentleman’s agreement” will likely hold, with a European to take the top job, settled by a backroom deal.
John Gooding 22 Nov 2016 16:04

Facebook's fake news: Why leave it to Zuck?

Facebook is a global utility, and it deserves global attention.