Israel will go to the polls for the third time in less than a year. What makes it so hard for a clear winner to emerge? 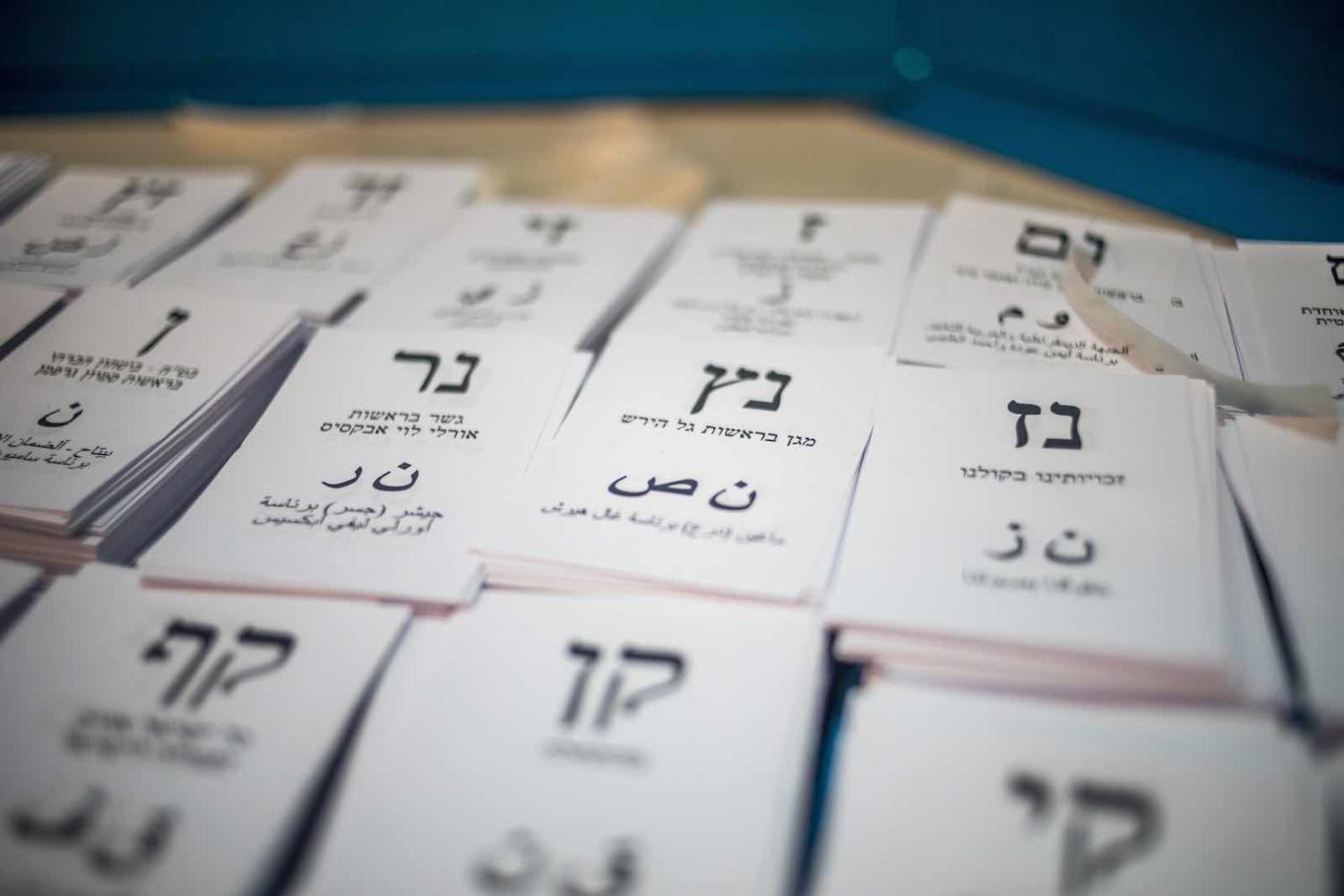 Israel has often been called the only democracy in the Middle East. This is not quite true.

The Economist’s Global Democracy Index for 2019, which ranks 167 countries by five democratic criteria, lists Israel as a “flawed democracy”.* Israel scores well on electoral process/pluralism and political participation, but is marked down on government functioning, political culture, and, in particular, civil liberties, where, Israel scores just 5.88 out of a possible 10.

These failings bring Israel down to 28th on the list, but that’s still much higher than any of its neighbours. The next is Tunisia, likewise a “flawed democracy” at 53rd, with the remainder listed as “hybrid regimes” (nations with regular electoral frauds and other systemic failings) or “authoritarian”.

Against this background, Israel’s system of choosing political representatives is certainly the most democratic in the region. In particular, its procedures and outcomes are underpinned by strong democratic institutions.

The system encourages populism, as political leaders of all stripes seek to play on fears of the electorate in order to eke out more votes.

Elections are overseen by the Central Elections Committee (CEC), comprising representatives of party groupings within the Knesset (parliament) and chaired by a judge of the Israeli Supreme Court. This is less transparent than a non-partisan electoral commission as we have in Australia. But an important safeguard is provided in that CEC decisions can be appealed to the Israeli Supreme court.

The range of parties in the Knesset covers virtually the full spectrum of Israeli political opinion – from Jewish nationalist to Israeli Arab. Debate within the Knesset is vigorous: it is certainly not a rubber stamp for the Prime Minister. Media perspectives reflect most shades of Israeli opinion.

The judiciary, which has shown itself to be independent of the political process, plays a vital role in the integrity of the system. The Supreme Court has on occasion overruled CEC decisions: in 1988, 2003, and 2009, the court overturned CEC bans on Arab parties participating in elections (though it upheld a ban against the extreme right-wing party Kach). The courts have jailed a former Prime Minister (Ehud Olmert) for corruption, a former President (Moshe Katsav) for sexual offences, and has most recently indicted the current Prime Minister (Binyamin “Bibi” Netanyahu) on corruption charges.

A major problem with Israel’s electoral system is that it is arguably too democratic. Strict proportional representation sets a threshold of only 3.25% of total votes cast to obtain a Knesset seat. That inevitably means a large number of parties and party groupings in the chamber – in the current 120-seat Knesset, there are ten groupings – making it almost impossible for one party to win an outright majority of 61 seats.

That in turn means each election is followed by attempts at coalition building by leaders of the two largest parties. After the last two elections these were Likud’s Netanyahu and Benny Gantz, of the centrist Blue and White party.

These negotiations can become extremely grubby as the contenders dilute or abandon principles in order to appeal to special interests of minor parties. Israelis despairing of this process have occasionally drawn on 19th-century German Chancellor Otto Von Bismarck’s likening of parliamentary negotiations to sausage-making: watching either can produce feelings of revulsion.

A further consequence is that the system encourages populism, as political leaders of all stripes seek to play on fears of the electorate in order to eke out more votes. The electorate’s rightward drift has been accentuated by the growing, strongly nationalist settler movement, which now numbers some 700,000, about 10% of Israel’s Jewish population.

Netanyahu’s opponents claim he embodies such populism. They charge that his incitement of Israeli phobias – of Palestinians, Israeli Arabs, Iran, or even European supporters of the Boycott, Divestment, and Sanctions (BDS) movement, which aims to encourage economic action in opposition to Israel’s settlement policies – has been a key factor in his holding office for more than a decade.

Netanyahu, despite his indictment, remains caretaker Prime Minister, which gives him an edge in responding to developments. In particular, he has seized on US President Donald Trump’s announcement of a pro-Israeli peace plan in January as an opportunity to annex more of the West Bank.

That move gave Netanyahu a minor boost in the polls, yet they still show support for the contending parties little changed from the April and September elections. After 2 March, Israelis might face another hung parliament.

* The five criteria used by the EIU are: (1) electoral process/pluralism; (2) functioning of government; (3) political participation; (4) political culture; (5) civil liberties. The other categories are Full Democracies, Hybrid Regimes (significantly more faulty than Flawed Democracies), and Authoritarian Regimes. Australia is rated ninth on the list and is a Full Democracy.

The rush nearly 20 years ago to buy the fighter of the future exposed fundamental shortcomings in defence acquisitions.
Rodger Shanahan 10 Jan 2017 15:14

Both sides of the conflict understand the Western news cycle and try to use it to their advantage by providing their own version of events.
Angela Lehmann 22 Oct 2020 07:00

The current geopolitical to-ing and fro-ing must not obscure the need to understand Chinese language and culture.