Cooperation on humanitarian assistance is an alternative channel for the two sides to build trust and generate goodwill. 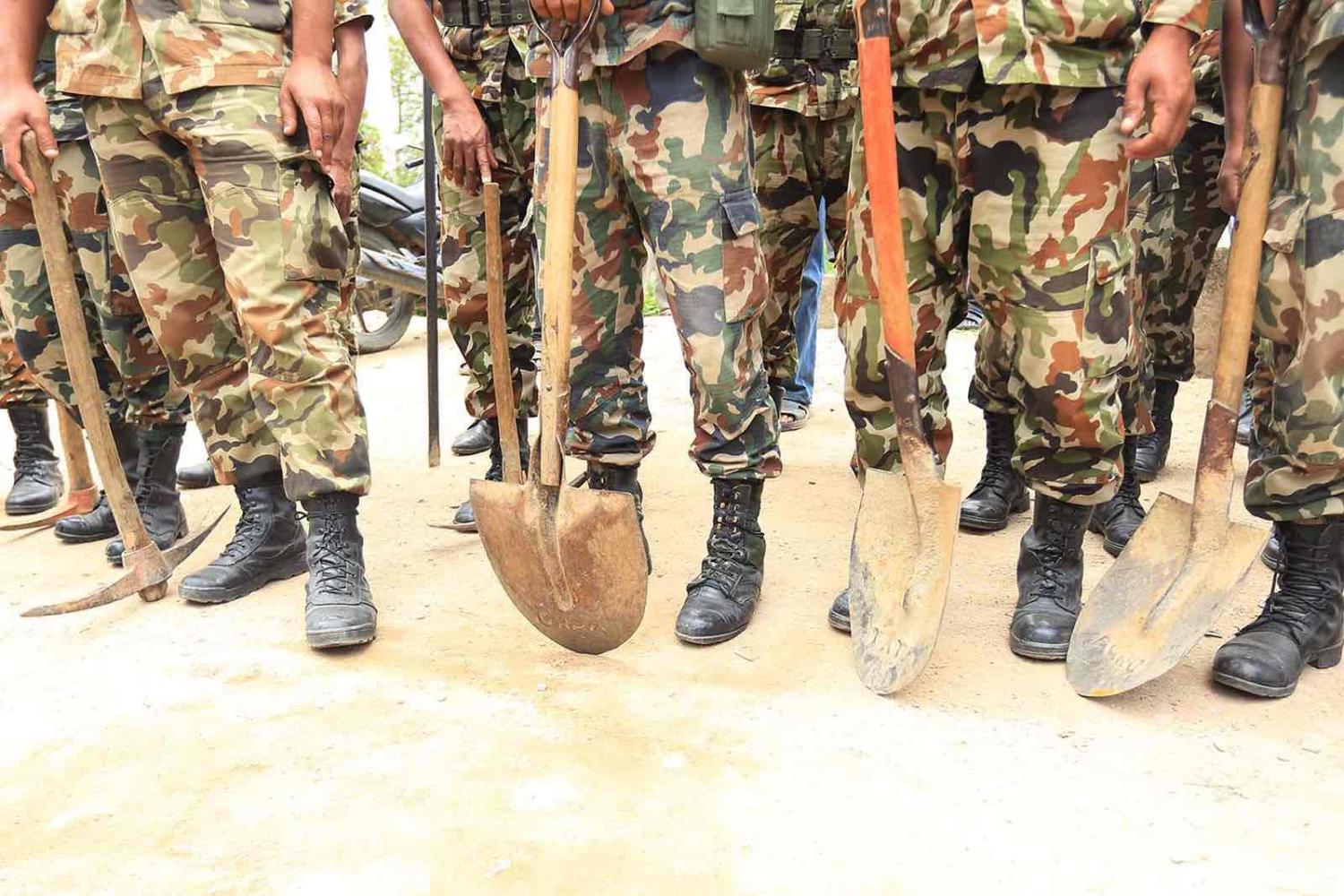 The relative stability along the China-India borders since the Doklam standoff in 2017 has been upended this year by the outbreak of two skirmishes, in May and August. The tensions have added to the challenges facing the two countries. India has seen a rapid increase in Covid-19 cases recently and has been trying to cope with the social and economic fallout from the pandemic. China has been dealing with its strained relations with the United States on security, economic and diplomatic fronts.

Against this background, it is in the interest of both countries to ease the situation in the border areas, evident in the joint statement released on 10 September, in which the two governments pledged to maintain dialogue. However, there are reservations about whether such a political document can prevent recurrence of skirmishes, as the two countries are unlikely to concede on their territorial claims.

Cooperation on issues beyond the border dispute, however, such as humanitarian assistance and disaster relief, could serve as an alternative channel for confidence-building.

Humanitarian assistance and disaster relief can be viewed here in a broad sense, referring to response to emergency situations with various causes, such as natural hazards and pandemics. Cooperation in this area can take the form of information and knowledge sharing, joint training and exercises, or providing relief assistance and technical support.

The usually low political sensitivity of humanitarian assistance and disaster relief in the context of natural hazards makes it relatively low-hanging fruit for security/military cooperation.

Many Asia-Pacific countries are prone to natural hazards, and the region has a tradition of using humanitarian assistance and disaster relief to generate goodwill and build trust. During the Covid-19 pandemic, moreover, we have seen enhanced interaction and cooperation between the militaries of some countries in the region, such as Indonesia and China.

While India and China are prone to natural hazards, both are generally reluctant to accept international aid, for a variety of reasons, among them relatively good national capacity in emergency response, vigilance against external interference, and national pride. Hence, previous bilateral interactions were largely limited to instances of major disasters, such as the Sichuan earthquake in 2008.

Beyond the bilateral context, China and India have notably expanded involvement in overseas humanitarian assistance and disaster relief in recent years, with the Nepal earthquake in 2015 a good example. As Nepal’s immediate neighbours, the two countries responded in the first two days with extensive assistance, including deploying military assets.

With regard to the nature of India-China interactions in this event, the observations were mixed. Some studies suggest the competition between the two for influence in Nepal was evident in the speed and large scale of their respective aid. According to a Chinese official, however, China and India cooperated and coordinated well in their assistance.

Similarly, mixed dynamics have been observed in the two countries’ interactions during the Covid-19 pandemic. In February, India provided aid items such as masks and gloves to China when the latter was facing a severe shortage of medical supplies. In April, the Chinese government facilitated India’s procurement of essential items for Covid-19 response from China. Meanwhile, the two countries have been carrying out diplomatic offensives by providing medical aid to countries in need, which some observers have viewed as competing for regional and global influence. Such competition however is not always welcome by the receiving countries.

These examples suggest a modest level of cooperative bilateral interactions between India and China on humanitarian assistance and disaster relief. Nevertheless, there are bases for cooperation, particularly in multilateral settings. For instance, as dialogue partners of the Association of Southeast Asian Nations, China and India have been participants of cooperative activities within regional mechanisms, such as the ASEAN Regional Forum and the ASEAN Defence Ministers’ Meeting Plus. Similar views on issues such as non-interference and regime change have led to instances when the two countries agreed on how the international community should respond to humanitarian situations, such as Libya.

United Nations peacekeeping is another context where China and India may enhance interactions on humanitarian assistance and disaster relief, since the two are major troop-contributing countries. The Indian and Chinese militaries held a joint exercise in December 2019, which included training on humanitarian assistance and disaster relief under the UN mandate.

While UN peacekeeping is not geared specifically towards dealing with humanitarian crises, peacekeeping operations frequently support response efforts in complex emergencies. In terms of dealing with a major health emergency, the UN mission in Liberia, for example, provided critical support in the response to the Ebola crisis in 2014.

The outbreak of Covid-19 has compounded humanitarian needs and complicated humanitarian assistance and disaster relief efforts, as countries potentially face the double challenges of the pandemic and natural hazards. Since the threat of Covid-19 is unlikely to end soon, a joint exercise could be a way for India and China to build trust, which includes training on responding to double disasters of a public health emergency and a natural hazard.

The usually low political sensitivity of humanitarian assistance and disaster relief in the context of natural hazards makes it relatively low-hanging fruit for security/military cooperation between countries. However, cooperation between India and China in this area has been limited, due to geopolitical and national considerations. But given the need for the two countries to ease tensions and their aspirations to increase regional and global influence through humanitarian action, they may consider joint drills in a scenario of complex emergencies as a potential path forward.

The Quad (finally) delivers: Can it be sustained?

The future of the grouping might well be determined by China’s behaviour.
David Brewster 15 May 2018 10:45

Australia has expended a lot of defence resources in the western side of the Indian Ocean. It is time to look east.
Rachael Buckland 16 Nov 2017 17:15

Rachael Buckland, a Research Associate with the Migration and Border Policy Project, with links on developments across the field.