US-China trade talks: No deal yet, but a breakthrough of sorts

Donald Trump has begun talking about “phases”, suggesting he has a more realistic expectation of what it is possible. 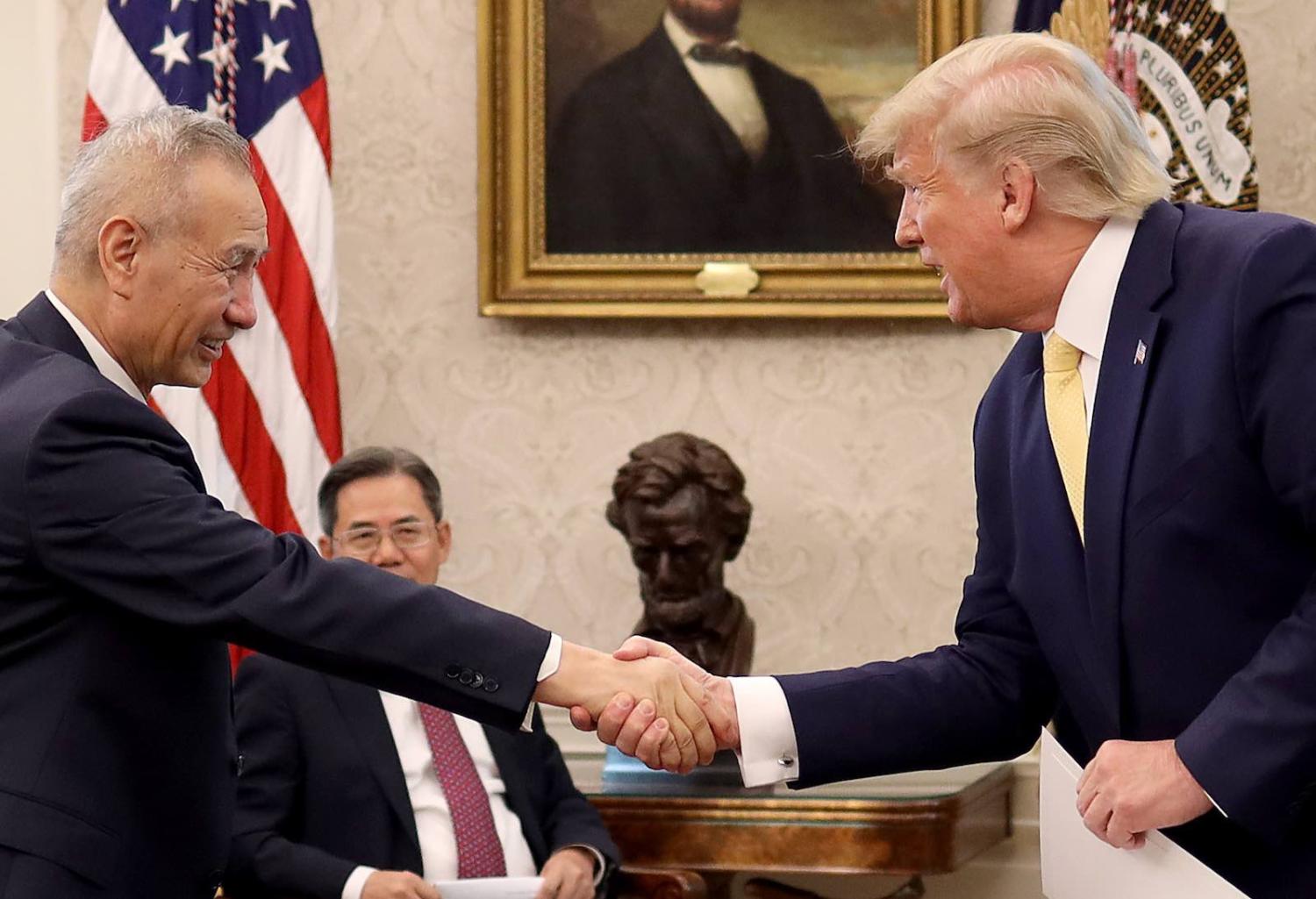 It is only a start, but the Friday trade talks agreement between China and the US is still the best news for the world economy in the almost three years since Donald Trump won the presidential contest. This agreement is sufficient to keep the talks going, which last week was in doubt. More importantly, it suggests the US is beginning to develop a more realistic expectation of what it is possible to achieve in this long quarrel, and what not. That is a breakthrough.

The quarrel is causing significant damage to the US and China, and to the entire global economy.

Even so, Friday’s agreement can barely be considered a deal. After cutting right back on US soybean purchases, China will now buy more. Whether it will buy as much as it bought before the quarrel began nearly two years ago was not immediately clear. In return the US will not this week increase from 25% to 30% the penalty tariff on $250 billion of China imports, though it will leave all the existing penalty tariffs in place. Neither side has yet traded serious bargaining chips. This is a ceasefire, not a deal.

But it does make a deal possible. This “substantial phase one deal”, as Trump described it on the weekend, would involve Chinese concessions on enforcement of intellectual property rights, foreign investment in sectors thus far protected, and a commitment to purchase more US goods and services. China would also agree to understandings on foreign-exchange intervention, most likely similar to the policy it already follows.

In return, the US would presumably wholly or partly phase out the penalty tariffs imposed since the first half of last year. If such an agreement is concluded, it could be ceremoniously announced when Trump and China’s President Xi Jinping meet at the mid-November APEC summit in Chile.

Such a deal is entirely feasible because China has already moved to meet US complaints over intellectual property and investment. The argument is now over enforcement and the methods by which the US hopes to monitor compliance.

The key change in the dynamic of the negotiation is that Trump has begun talking about “phases” rather than an overall deal which would meet the larger and unattainable US objective of a major structural transformation of China’s economy. Since China will not agree to adopting a US view on what structural changes are appropriate for its economy (after four decades of rapid structural change, largely decided by China), a phase one deal may well be the only deal possible. If that realisation has dawned in Washington, the likelihood of ending the current quarrel has much increased.

The stumbling block in this negotiation will now not be intellectual property, or greater opportunities for US investment in China, or rules about foreign-exchange intervention. It will be whether the US is prepared at some point to drop the penalty tariffs it has imposed on China over the last 18 months, in return for an agreement which would include larger China purchases of US exports. There is no value to China in an agreement which leaves the penalty tariffs in place. For its part, the US will be concerned that dropping the penalty tariffs leaves it with no negotiating coin and Trump vulnerable to attack from his Democratic opponent in the presidential contest next year.

It will not be easy, but there is much to impel the two sides to some sort of agreement, including recognition that the quarrel is causing significant damage to the US and China, and to the entire global economy.

Global trade volumes fell by nearly 1% in the 12 months to July, the latest available number. Global industrial production growth slowed to under 1% for the same period, the weakest outcome in four years. Globally, business investment is weaker. The US is not exempt from this global slowdown. After a solid three-year increase, US business investment peaked at the end of last year. With fading growth in industrial production, lower world trade, and deteriorating indicators of manufacturing output, the Organisation for Economic Cooperation and Development and the International Monetary Fund have both been lowering forecasts for global growth. When the IMF releases its World Economic Outlook report on Tuesday, it will show yet another decline in forecast global growth for this year and next.

Nor is the US making up elsewhere what it loses in trade with China. The overall US trade deficit with the world was up 7.1% for the eight months to August, compared with the same period last year. US exports have fallen, while imports have increased. Despite an increase in repatriated income from last years’ US tax changes, the overall US current account deficit has deteriorated compared with last year, or the year before.

Sufficiently prolonged and intensified, this deterioration in the US economy will increasingly weigh on Trump in the forthcoming presidential contest.

Yes, there has been a reduction in exports between China and the US, but there are other reasons besides tariffs.
Fergus Green, Lauri Myllyvirta 17 Oct 2019 13:00

China has adopted a scheme to reduce carbon intensity, but that is not the most effective way to reduce CO2 emissions.
Nick Bisley 28 Jul 2020 12:00