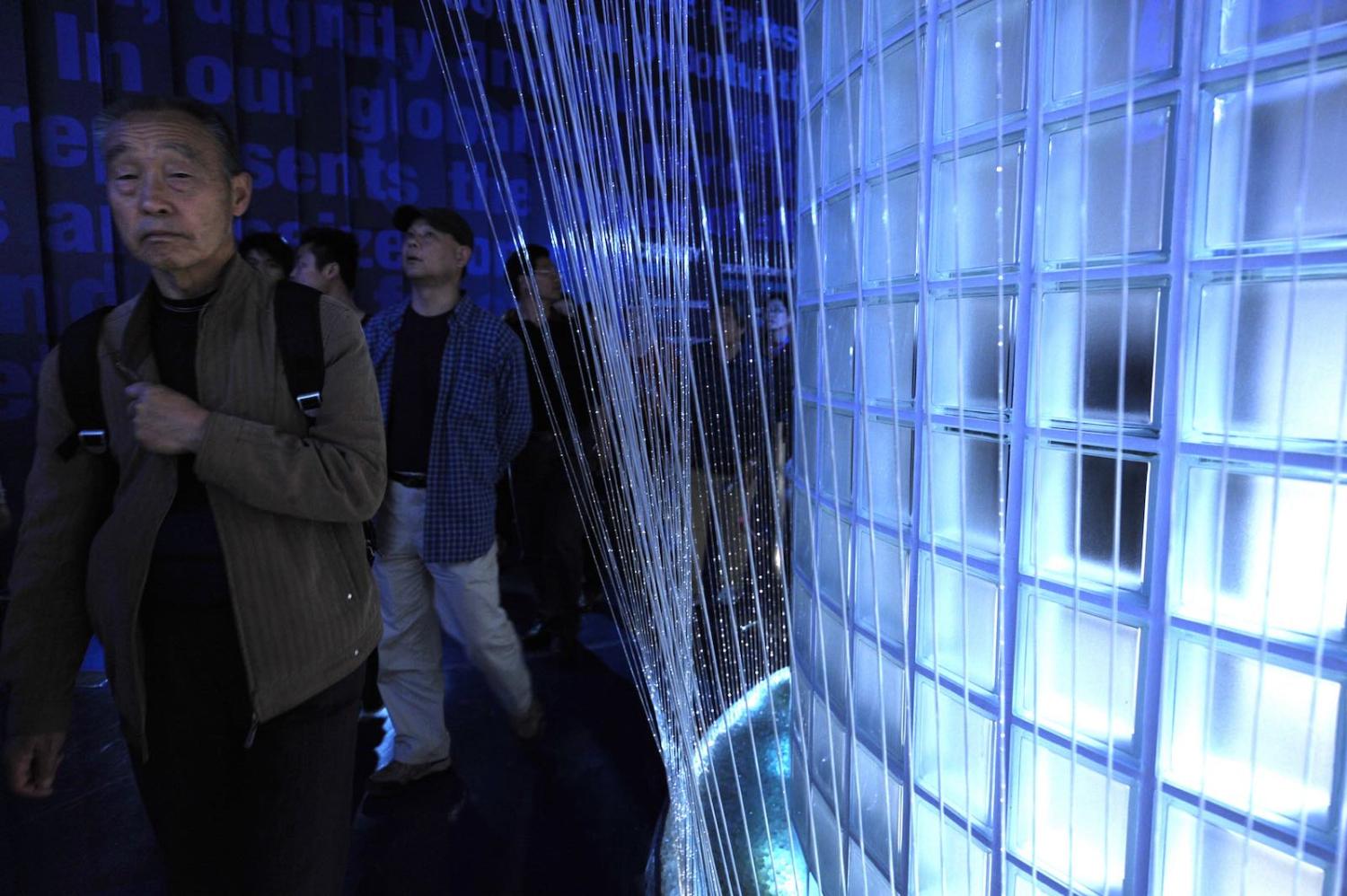 A ready alignment exits for both the ITU and Digital Silk Road in bridging the digital divide (Photo: ITU Pictures/Flickr)
Published 21 May 2019     Follow @NUSChanjiahao

China’s Belt and Road Initiative is best known for big infrastructure projects such as train lines and ports, but in this age of omnipresence online, there is a communications counterpart running in parallel, known as the Digital Silk Road. But as with the physical manifestations of China’s big ambition, questions remain about how this digital goal will fit with the existing structures of international governance.

Take the International Telecommunication Union for example. It is part of the United Nations system and an important global institution that began to evolve more than 150 years ago, when the world saw the signing of the International Telegraph Convention in Paris. The organisation presently comprises of 193 member states and involves more than 700 companies, with a heavy policy-making focus.

The ITU has functioned well in facilitating the governance of a range of modern communications technologies, from coordinating radio spectrums, planning of satellite orbits, to next-generation networks and optic fibre cables more recently. The growing importance of information and communication technology worldwide ensures the ITU has an important and ongoing mandate, to see the better integration of these networks.

Since 2015, the ITU’s secretary-general Zhao Houlin has urged cooperation with China’s Digital Silk Road to reduce the divide between developed and developing countries. The Digital Silk Road’s agenda encompasses strengthening internet infrastructure, deepening space cooperation, developing common technology standards and improving the efficiency of policing systems among the BRI countries and was first introduced in a March 2015 White Paper jointly issued by the Chinese National Development and Reform Commission, the Ministry of Foreign Affairs and the Ministry of Commerce.

There are concerns the ITU’s ability to unify discrepancies in technology standards will diminish as the Digital Silk Road continues to expand.

Some of this involves hard infrastructure build by Chinese companies, including the BeiDou satellite navigation system, the building of underground fibre cables in emerging economies such as Pakistan, Nepal and Myanmar, and, more recently, joining 5G field trials across a number of Asia-Pacific economies. On the consumer front, Chinese e-commerce giants such as Alibaba and Tencent have invested in local, country-specific e-commerce players.

In this, there is a ready alignment for both the ITU and Digital Silk Road in the overarching goal of bridging the digital divide between developed and developing countries. And yet there are concerns the ITU’s ability to unify discrepancies in technology standards will diminish as the Digital Silk Road continues to expand.

To date, at least 16 countries have officially signed memoranda of understanding with China relating to the Digital Silk Road that are set to adhere to technical standards based on inputs from the Chinese government. While divergent technology standards worldwide is not entirely an ITU-China problem – for instance, the Five Eye Pact, G7, the Asia-Pacific Economic Cooperation (APEC), the European Union (EU) and the Association of Southeast Asian Nations are some groupings that have come up with distinct policies on data protection, artificial intelligence and cybersecurity ­– the issue becomes more difficult when commerce is involved.

From as early as 2012, China has backed Russia in drafting a proposal calling for the ITU and its member states to have greater control over the internet, as opposed to the Internet Corporation for Assigned Names and Number, which presently manages Internet Protocol (IP) addresses and domain names. In the case of e-transactions that involve data management, almost 78% of countries have independently taken the task of establishing their own e-transaction legislations, according to the United Nations Conference on Trade and Development.

While China has gone along with this status quo, on several occasions it has called for “principles of state sovereignty and nonintervention by the United Nations in domestic affairs” to be enacted in its promotion of “internet sovereignty”. The recent series of spats between Huawei and several developed nations appears to confirm this insecurity.

Should the ITU then set out to review China’s rising Digital Silk Road in technical standards, alongside the concerns raised by some sections of the international community that China is practicing “technology autonomy”? It would, indeed, be a move welcomed by many, given that the ITU remains an established global technology authority.

However, China should not be seen as a nemesis ­– better the ITU and China seek to work together. Nor should the Digital Silk Road be seen as the single catalyst for the world’s division in technology standards. The international organisation also appears to be lagging behind, especially in the way China has developed a “Next Generation Artificial Intelligence Development Plan”, bundling the country’s artificial intelligence applications with its 5G mobile communication, existing internet of things applications and data infrastructures.

While mistrust by the US and other developed nations against outbound Chinese technologies remains a recurring theme, international organisations such as the ITU cannot afford to diminish their multilateral role of connecting nations digitally. It is high time that the ITU take a more active interest to understand the developments of China’s Digital Silk Road, before global tech governance becomes too fragmented.

Previous Article
Rules Based Audio: The new Lowy Institute podcast
Next Article
The clock is ticking on tensions with Iran

Pacific states are watching Ukraine because their sovereignty and territorial integrity can also easily be violated.