China and Catholicism, an unhappy marriage

Despite a deal made with the Vatican a year ago, China continues trying to shape the church in its own image. 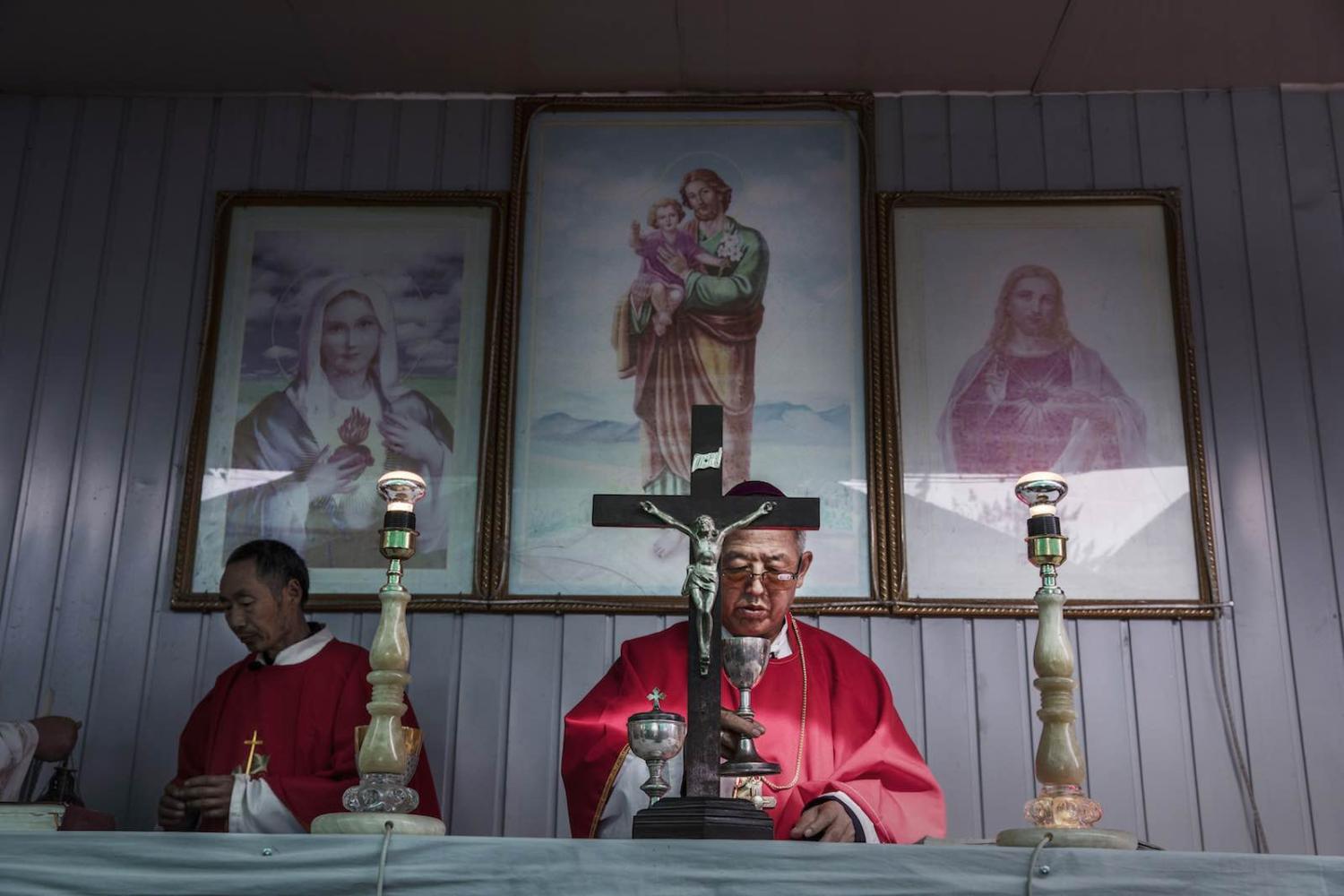 China’s Christians are suffering again, as Beijing continues to implement leader Xi Jinping’s policy of “sinicisation” of religion that, in effect, means making adherents to all religions more loyal to the ruling Communist Party, rather than to their conscience.

It is now a little more than year since the Vatican inked what it still hopes is a landmark deal with China’s ruling Communist Party, on 22 September 2018. The deal was years in the making, but since then, the signs have hardly been auspicious. Ironing out still-secret details has taken longer than anticipated, concrete wins have been few, and – most problematically – the deal has failed to halt a fresh round of oppression for China’s 12 million Catholics and its myriad Protestant denominations, who number up to 90 million.

The real problem for the Vatican remains the continuing split between the official CCPA and the underground Church, as well as the very slow movement by Beijing to recognise about 30 bishops appointed by the Vatican but not “recognised” by the CCPA.

The Roman Catholic Church was tossed out of China during the 1950s and replaced with the Chinese Catholic Patriotic Association (CCPA), controlled, of course, by the Chinese Communist Party (CCP). Together with the Bishop’s Conference of the Catholic Church in China (BCCCC), also an instrument of the party and not recognised by Rome, the CCPA began appointing bishops.

But the Vatican continued to appoint its own bishops, often in secret, to save priests from being harassed, detained, or jailed by Chinese authorities. These bishops and priests were drawn from the “underground” Church. Catholics, by and large, continue to resist worshipping at official CCPA churches. Unsurprisingly, it is these so-called underground Catholics who have historically suffered, and continue to suffer, the most repression.

Since the deal was signed, Beijing and various provincial governments in China, notably Hebei, the province that surrounds Beijing and somewhat ironically China’s most Christian province by sheer numbers, have continued to ramp up the campaign of “sinicising” all five official organised religions.

Beijing separates Protestantism and Catholicism as two of its five permitted religions. The Christian denominations and Islam – so-called Western religions – top the list in terms of repression. The other two official religions are Chinese (rather than Tibetan) Buddhism and Daoism.

Under “sinicisation”, there has been an increase in church demolitions, often using obscure property and planning laws to justify the action; extensive provincial programs of cross removal from churches; minors have prevented from worshipping, triggering a ban on bible classes and summer camps; clerics are regularly detained in black sites or prevented from participating in religious festivals; and online sales of the bible and other Christian books have been forbidden. Voluminous regulations have been issued, many of which are designed to bring poor rural parishes into conflict with the law by their multiple regulatory impositions.

The agreement between Beijing and the Vatican was quite specifically a first step in a potential bigger deal. In itself, it simply regularises the appointment of bishops, so that new prelates in mainland China will have the official imprimatur of the pope, who has sole discretion over such appointments. The Vatican swallowed pretty much everything Beijing was asking for – that the Pope would recognise seven living bishops and one deceased bishop whom Rome had previously not recognised and who had been excommunicated for this disloyalty. Also, that all Catholics would register with the CCPA.

But there were hopes on both sides it could presage a broader agreement. For Beijing, the calculus was simple. It would gain even greater control over China’s 10-12 million Catholics, with the Vatican’s backing. Precise numbers are difficult to pin down – and a number of academics and Catholic research groups are making efforts – but consensus is that this is roughly split 50/50 between “official” and “underground” churches.

This, in turn, would eventually lead to Beijing’s Holy Grail: diplomatic recognition from the Holy See, the only European state that still recognises Taipei over Beijing, one of a dwindling number of sovereign states worldwide to do so.

Attitudes towards Catholics and Christians more generally have varied from province to province, often depending on the whims of ever-changing provincial party leadership. This remains the case in the current wave of repression, where the party apparatus in certain provinces (particularly Hebei, Hunan, Liaoning, and Shandong) has prosecuted the policy of sinicisation most aggressively.

Since the 1980s, there have been periods of unofficial agreement between the Vatican and Beijing regarding bishop appointments, hence only a rump of seven remaining bishops not recognised by Rome.

The real problem for the Vatican remains the continuing split between the official CCPA and the underground Church, as well as the very slow movement by Beijing to recognise about 30 bishops (the Vatican has never issued a definitive list or number) appointed by the Vatican but not “recognised” by the CCPA. There have been only two ordinations of bishops since last September, both coming in August this year in quick succession but even at those ordinations, the CCP blocked a number of clerics who have not signed up for the CCPA from participating.

Inadvertently, the Vatican may simply be exacerbating a longer-term trend with China’s Catholics. After something of a revival in the 1980s and 1990s on par with the Protestant denominations, Catholic numbers in China have flatlined and probably declined in the past 20 years, while Protestant numbers, especially in the evangelical denominations, have flourished.

There are complex reasons for this difference, including the split between those who will only follow Rome and those prepared to divide loyalties between Beijing and the Vatican by joining the CCPA – a more restrictive, rules-based Catholicism than evangelical Protestantism that feels, to some, more like the party. There is also the growing deficit of Chinese clergy and bishops, which can be put down to a mix of repression, growing materialism, and the simple demographics of an ageing population and the one-child policy.

Now many “underground” Catholics are in despair. Encouraged by the Church in Rome to join official congregations they are instead, according to a number of Chinese clerics, turning towards the Protestants or simply stepping back and worshiping in their own homes.

Various versions of a deal with Beijing have been chased by the Vatican since the papacy of Saint John Paul II, during which China’s reform and opening up began including more space for freedom of worship.

For the Vatican, the deal has apparently been enough so far. But as it reflects on the realities of Xi Jinping’s China and the possibilities it thought the deal represented, some in the Vatican must be pondering whether it was all worth it.

Previous Article
The underappreciated value of Japanese aid in the Pacific
Next Article
US-China trade talks: No deal yet, but a breakthrough of sorts

The latest episode in a podcast to discuss the implications of coronavirus for Australia, the region and the world.
Greg Earl 5 Oct 2017 14:29

Labor is going back to the future with a distinctly economic determinist approach to future engagement with Asia.
Alexandre Dayant 29 Jan 2018 16:20

Links from across the aid and development fields.