Hard questions must be asked about the future of the Royal Navy and the totality of Britain’s force structure. 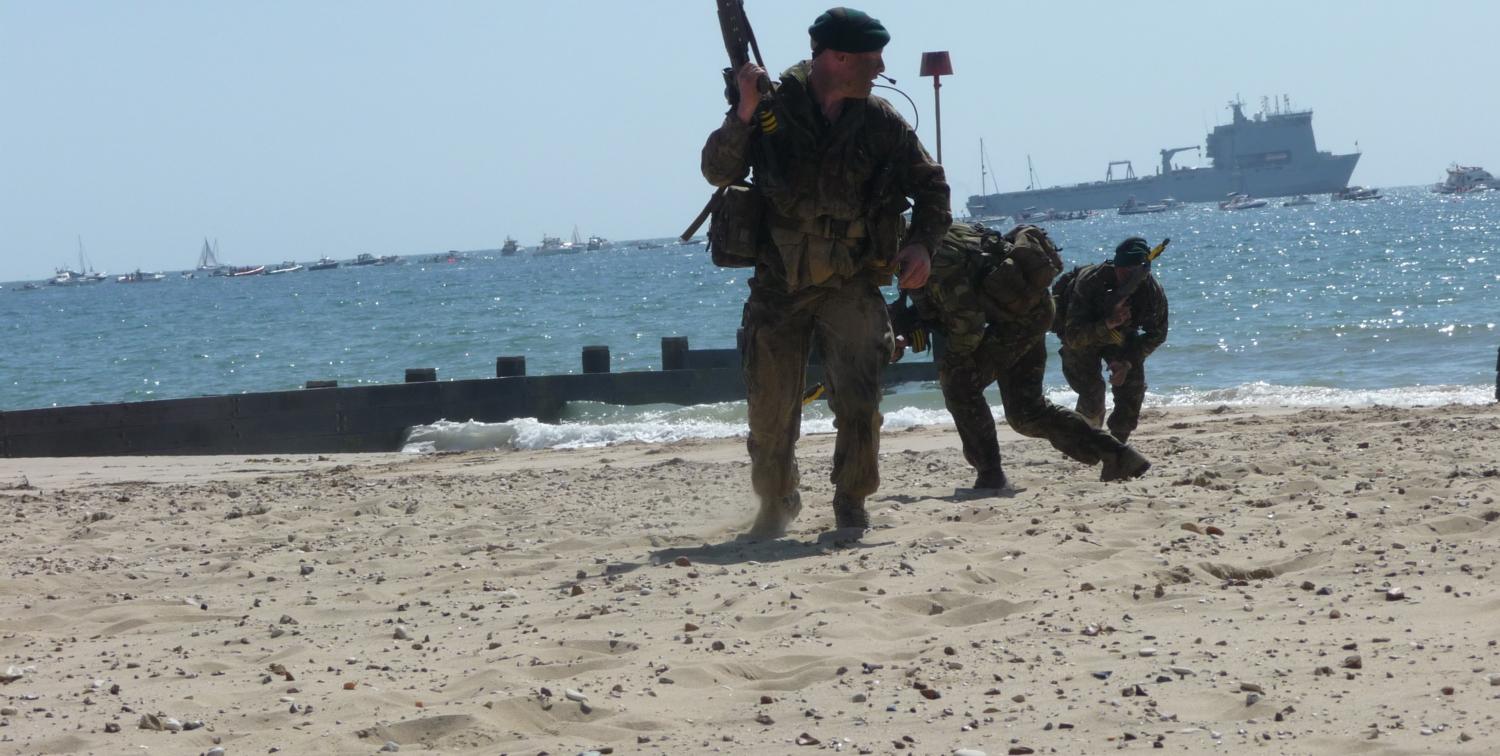 In the last few days, the British press and social media have been rife with reports that the Royal Marines are to be reduced by 1000 from their present establishment of 6500. In addition, the amphibious fleet may be similarly reduced with the decommissioning of the landing platform dock (LPD) that is the core of the British ready capability and the possible disposal of both that ship and a sister unit held in reserve. This scheme is one option being considered as part of a ‘mini defence review’ underway in the UK.

That the Royal Navy should be considering such a desperate step is the result of two problems.

One is lack of money, the main cause of the ‘mini’ review. The government has put some new funding into the defence portfolio, but one of the most serious early consequences of Brexit has been the depreciation of Sterling against the US dollar. Among other planned purchases, this has made the new F-35 strike fighter, central to both the aircraft carrier program and the modernisation of the Royal Air Force, very much more expensive at a time when acquisition of the new fighter is just getting into stride.

Even without this new stress, however, it has been clear for many years that the entire British defence portfolio is chronically under-resourced when compared with both operational commitments and planned acquisitions. A series of defence reviews and efficiency drives have failed to provide a solution. The Royal Navy is in a particularly bad position, with a shortfall in the region of $A1 billion annually.

Second, there is an urgent need to free up human resources for the Royal Navy’s two new aircraft carriers, the Queen Elizabeth and Prince of Wales, and its surface combatant force. At least one of six Type 45 destroyers and a Type 23 frigate are immobilised because of the shortage of qualified personnel. To provide for the carriers, the Royal Navy has already accepted the early decommissioning of the helicopter carrier Ocean (currently engaged in West Indies disaster relief) but the step reportedly now proposed would be a huge reduction in the UK’s national response capabilities.

That the Royal Navy cannot look elsewhere for resources reflects at least in part a view that the service has over-reached in maintaining the aircraft carrier program. The Royal Navy has also not been wise in many aspects of its personnel planning, reflecting a ‘can do’ attitude that has accepted over many years a series of reductions which have had more serious consequences than intended.

The British Army has little sympathy, fearing that it faces cuts to its own capabilities. Yet the army has questions to answer. Its 2020 plan calls for 82,000 full time and 30,000 reserve personnel. With 6500 Royal Marines added, the full-time land forces have an approved total of 88,500 compared with a naval establishment of 23,000. If the Australian Defence Force ratios of 2 army:1 navy were applied, then either the full-time Royal Navy would be approximately 44,000 strong or the British Army and Royal Marines would have only 46,000 full-time personnel.

Given the UK’s strategic geography, as well as its wider maritime interests, this suggests there is not only a problem of funding within Britain’s defence organisation but also one of balance. All the services may be under-resourced, but if the army is the right size, the Royal Navy’s establishment is far too small for its force structure and for its operational commitments.

Matters are not helped by the fact that all three services, particularly the army, also face problems of recruiting and retention. The last figures made publicly available indicate that the army is more than 5% under-strength, the Royal Air Force nearly 5% and the Royal Navy and Marines 2% below establishment. The Royal Navy’s situation is much worse than the simple statistic suggests, since there are shortages in key technical categories critical to the seagoing fleet.

In a largely successful effort to protect the Royal Marines, the Royal Navy has for many years included them within the total of the ‘naval service’. This was well intentioned and helped ensure that an effective capability remained available to government – apart from the amphibious role and extensive service in both Iraq and Afghanistan, the Royal Marines provide nearly 50% of the qualified special forces personnel in the British Armed Forces.

Although the marines rely heavily on both navy and army for support elements and thus avoid many of the overheads involved in operating a fighting service, it is also true that the Royal Marines maintained a much more efficient force-generation cycle than equivalent British Army units over the last fifteen years of operations. But the consequence of the ‘naval service’ concept has been to disguise the very serious erosion in the Royal Navy’s expert manpower and, perhaps, an imbalance in the overall British defence effort.

For a party with no interest in popular elections at home, the Chinese Communist Party shows remarkable curiosity about electoral democracies elsewhere.
Greg Colton 25 Jul 2017 16:40

For the first time in more than 30 years, Australia has a military strategy that is beginning to truly align ends, ways and means.
Mike Callaghan 25 Jun 2019 11:00

Summits are too often harshly judged on what they deliver now rather than the agenda set for the future.