When the United Kingdom first applied to join the European Common Market in the 1960s, the great Clement Attlee, former Labour PM, rose in the House of Lords to argue against membership. His objections were made on two bases:

For all of the high internationalist rhetoric, the European Union is a protectionist club that has devastated the economies of some of the poorest countries in the world, especially in Africa. From the perspective of many British people who have family ties to countries in other parts of the world (especially the Commonwealth), there has long been a sense that Britain's membership of the EU has provided special privileges for (mainly white) Europeans while leaving behind those who have longer-standing ties to the country. These include many people whose own family members fought for and with Britain (rather than against it) in the wars of the 20th century.

Since the vote to leave, many commentators have argued ad nauseam about which 'type' of Brexit the UK would pursue. Many in the Remain-dominated British press called for Britain to assume a 'soft Brexit' position, which would have largely entailed remaining within the European protectionist club but with fewer of the political rights of membership, while bearing all of its burdens. The Labour Party largely argued in favour of this unhappy position.

Theresa May's speech last week made clear that this 'soft Brexit' option is off the table. Britain will be leaving the single market, an announcement which should not have come as a surprise given the Prime Minister's earlier commitments to withdrawing from the jurisdiction of the European Court of Justice and the EU's borderless immigration system. The European Union's utter inflexibility on these two matters (particularly the latter) is almost certainly the reason the leave campaign won. The unwillingness to negotiate on free movement only underscores the stubbornness of elite EU actors who are ideologically committed to the political project of integration, whatever the costs. Such inflexibility will be put to the test in national elections across Europe this year, and could spell the end of the EU as we know it.

May's speech gives Britain two options upon leaving. One option is to become a global player, engaged with and forging deals with other countries in all corners of the world, but at the same time confident in its political institutions and social commitments to the residents of this country. This option includes a willingness to engage with the rest of the world but also to protect its own national interests and priorities.

The second option also entails engagement with the rest of the world but at the service of elite global actors rather than the British public. Slashing corporation tax, diminishing Britain's financial and labour regulations, and creating an off-shore tax haven status are emblematic of this model. It would surely lead to a worse-off British public. As Theresa May admitted in her speech last week, it would 'change the basis of Britain's economic model'.

The danger for Britain lies not in leaving the EU, but in allowing economic liberals in the Conservative Party to seize the economic agenda of a UK outside of the EU to pursue this tax haven model. There is a genuine divide within the Conservative Party over which path to follow, with May probably less sympathetic to the second option than other figures in her party. Normally, these tensions would provide the Labour Party with an opportunity to gain political ground, but Her Majesty's Opposition finds itself divided in a continued struggle over support for 'hard' or 'soft' Brexit. Some Labour MPs still refuse to accept the outcome of the referendum.

It's time for Labour to abandon these increasingly irrelevant conflicts. Leave won. And we will not just be leaving the EU, we will also be ending our membership of the single market, an unavoidable outcome given the EU's utter inflexibility on free movement and the jurisdiction of the ECJ. The task for Labour is not to fight against these inevitabilities but to fight for a social Britain.

To do this, Labour must rediscover its confidence in the British public and political institutions, embracing a Britain that continues to take a strong stand in world affairs while remaining committed to the protections of those who call the UK home. It means becoming a truly internationalist party again.

In the 1975 referendum on the UK's membership of the European Economic Community (EEC), the slogan adopted by the No (Leave) campaign was, 'Out and Into the World'. Many leading Labour figures – including the future leader Michael Foot, the doyen of the party's left Tony Benn, the pragmatic socialist Barbara Castle, and hero of the old right Peter Shore – stood under this banner.

Since the Brexit vote, many countries around the world have declared an interest in forging trade agreements with the UK. These calls hint at the exciting opportunities outside the single market, but they should be each evaluated on their own terms. Continued commitment to strong social regulations, including high standards of health and safety, must be at the forefront. Deals should be made with regard to the mutual benefit of domestic industries, providing new markets for British business while also offering more choice for consumers. These are the arguments the Labour Party should make.

Putting aside his many faults, Donald Trump has committed to putting Britain at the front of the queue. Trump's election, in some ways, provides a unique opportunity for the British government. Unlike recent US presidents, Trump is not committed to the EU project; indeed, he has expressed his open disdain for it. He, therefore, will not be concerned about damaging relations with the EU by forging a strong trade deal with the United Kingdom; he might even seek to sign a favourable deal with the UK in order to embarrass the EU.

In finding its own role in this process, Labour could do worse than return to the advice offered by its first post-war prime minister. Attlee identified that Germany 'has probably the most powerful influence in the organisation' and understood that the Common Market would be dominated by Germany to regain 'what she has lost'. To Attlee, this continuation of European power politics was not 'a new look'. Far from fulfilling the Labour Party's internationalist principles, Attlee believed 'that by marrying into Europe we are marrying a whole family of ancient prejudices and ancient troubles'. Instead, Attlee wished, 'I would much rather see an Atlantic organisation. I would much rather work for the world organisation'. It is in this spirit Labour should now operate. Out of the EU and into the world, while remaining committed to preserving the social principles and commitments made to those in Britain. It is time for the British left to rediscover its true spirit of internationalism. 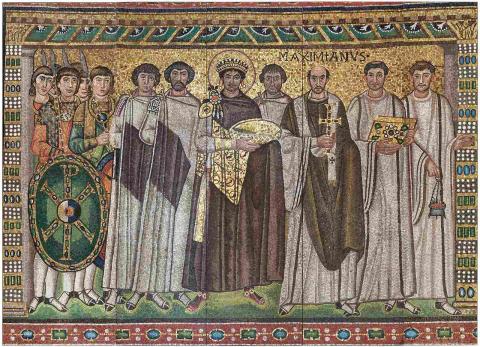 The opportunities of cross-public service diplomacy

Collaborations between Australia and its regional partners on skills, knowledge and capacity offer a win-win scenario.
Bob Bowker 12 Aug 2021 05:00

Syria: The consequences of intellectual failure and moral neglect

No Western government should abide policy goals that in practice are pursued via collective punishment of Syrian people.