The Indian PM has deftly turned Beijing’s regular complaints about history back on itself. 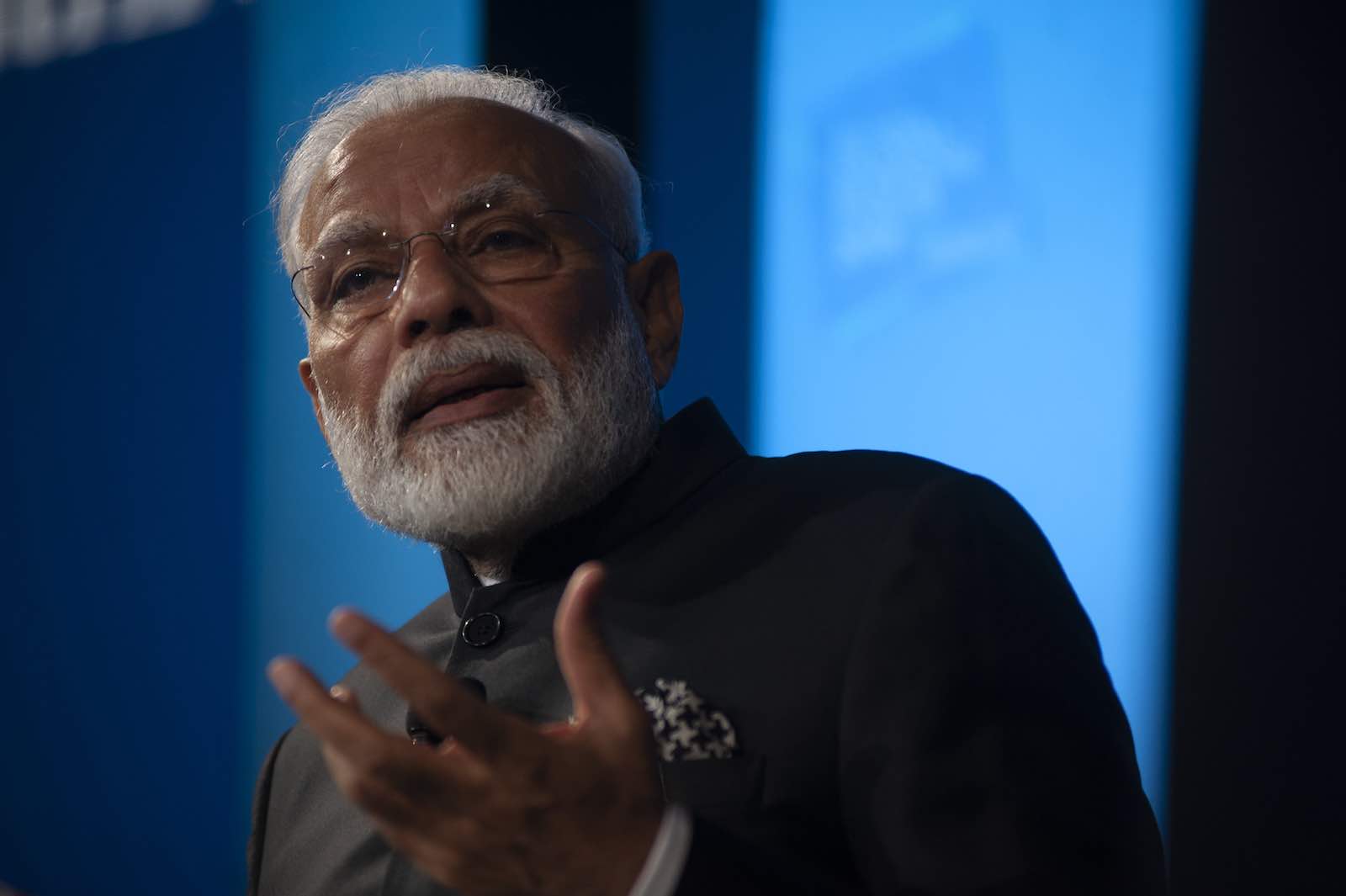 Modi has envisioned a role for India as a leading power in a multipolar world (Mike Bloomberg/Flickr)
Published 8 Jul 2020 14:30   0 Comments

India’s message to China is loud and clear: expansionism is outdated.

In a decisive move, Prime Minister Narendra Modi choose to make the point right from the heart of Ladakh – the scene of violent face-off in Galwan Valley last month that claimed 20 lives in a “pre-meditated and planned action” by China against Indian forces. Modi’s bold message to China is timely not just in the Indian context but across the sub-theatres of the Indo-Pacific. China’s grey zone tactics aimed at altering the status quo unilaterally have also been seen in the South China Sea and East China Sea in recent times.

In his speech on 3 July, Modi deftly resorted to history, China’s favourite plank when it lectures its neighbour Japan to “squarely face history” and draw lessons from the past. Modi emphasised that “those who are driven by expansionism have always posed a danger to the world. History bears testimony that such forces have either been destroyed or been forced to turn back”.

Modi clearly touched a nerve in Beijing even though he never mentioned China in his speech.

The optics of Modi paying homage to the martyrs in Ladakh versus China’s refusal to even share information with its own people served to highlight the repressive system on which President Xi Jinping has based his “China Dream”.  Modi clearly touched a nerve in Beijing even though he never mentioned China in his speech. The spokesman for China’s embassy in New Delhi was quick to respond on Twitter that “it’s groundless to view China as expansionist, exaggerate & fabricate its disputes with neighbours”. Chinese foreign ministry further asserted that “India should avoid a strategic miscalculation with regard to China”.

This is not the first time Modi has called out China’s “expansionist mindset”. In 2014, before he became prime minister, Modi declared in the context of Arunachal Pradesh that “China should shed its expansionist policy and forge bilateral ties with India for peace, progress and prosperity of both the nations”. Later in the same year, after winning the top job, Modi choose a visit to Japan as the venue to hit out at expansionist mindset of the 18th century, saying “to interfere in the affairs of a country, to occupy territories within a country, such expansionist tendencies will serve no good in the 21st century.”

The context was Chinese maritime militia’s grey zone operations in the East China Sea, a concern which remains valid even today. Keeping with its trend of regular maritime incursions, in one of the recent incidents in early July, Japanese Coast Guard confirmed that Chinese patrol ships sailed for 30 hours in the waters around the contested Senkaku Islands, which China claims as Diaoyu islands.

In Tokyo, Modi positioned India’s message within the template of “vikasvaad” versus “vistarvaad” (development versus expansionism). A similar message echoed in Ladakh.

Development has remained a top priority of Modi in his vision for India. His focus is not just on mega industrial corridors linking economic hubs of India but also infrastructure development in India’s strategic periphery, such as in the Northeast, Andaman and Nicobar Islands, and most importantly, in border infrastructure and road networks. As Modi embarks on the path of building an Aatmanirbhar Bharat (self-reliant India), the primary objective is to make sure that India can present itself as an important nerve centre in the global supply chain. As Foreign Minister Subrahmanyam Jaishankar put it, a “self-reliant India will have more to offer to the world”.

In contrast, Beijing’s unilateral attempts to alter the status quo through coercive means are increasingly becoming a norm rather than an exception. China’s aggressive posturing is manifesting not just in the Himalayas but also in the critical sea lanes of the Indo-Pacific, from Hong Kong to Taiwan, South China Sea to East China Sea, where revisionism is at work. Beijing has challenged international laws, norms, global institutions and organisations. In addition to military adventurism, China has weaponised geo-economic instruments to further its strategic ambitions.

Meanwhile, Modi has envisioned a role for India as a leading power in a multipolar world. In managing contests and conflicts, Modi and his government has charted an “India way”, which defines India as a stabilising rather than a disruptive power, a decider rather than an abstainer. This commitment should not be misunderstood as weakness. India is not only capable of defending its territorial integrity and sovereignty, it is also ready to take on the broader challenge.