Is enough being done to look after international crews aboard “flags of convenience” ships and to maintain global trade? 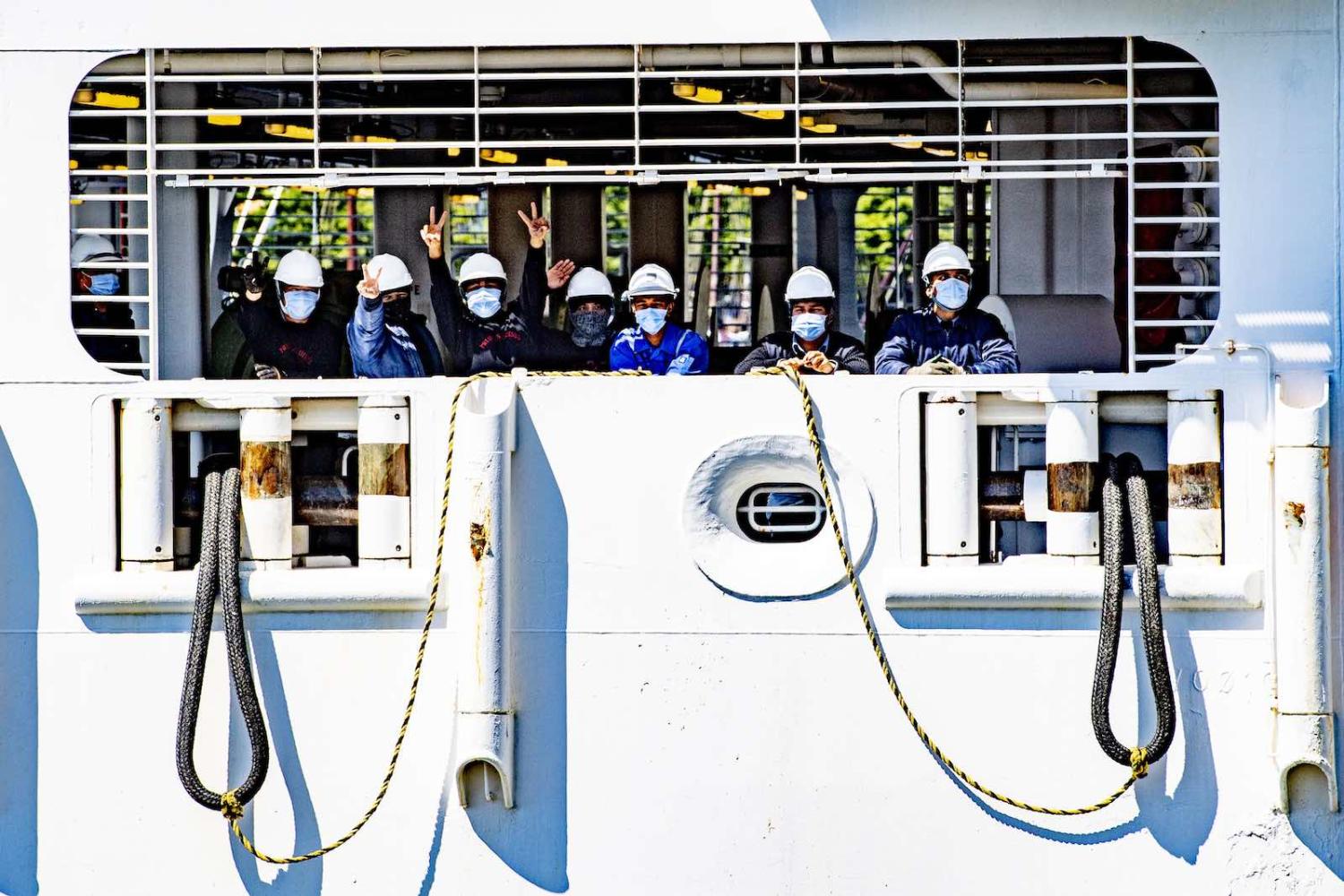 Amid the many consequences of the coronavirus pandemic, thousands of seafarers around the world are now locked onboard their ships with expired contracts and unable to get home. In a normal month, approximately 100,000 seafarers leave their ships and are replaced by others, but travel restrictions imposed by governments, as well as limitations on the availability of international airline flights, have meant that replacement crews cannot get to their ships and relieved crews are unable to get home. There are far-reaching implications of this situation for international trade.

Big questions are involved. Is enough being done to look after international seafarers? Who has responsibility for resolving the current situation? And what are the likely consequences?

About 90% of global trade by volume is carried by sea in an international shipping fleet of about 96,000 ships crewed by about 1.65 million seafarers. Any decline in the availability of seafarers would lead to a fall in global trade, and conversely, any turn-down in trade will lead to unemployed seafarers.

The crisis with seafarers is on the verge of leading to a crisis in global trade: ships are being tied up in port with crewing problems, charter rates are rising, and container shipping schedules are being thrown into disarray.

Traditionally, national flag ships were crewed by national crews. British-flagged ships were manned mainly by British crews, Greek-flag ships by Greek crews, and so on. This began changing more than half a century ago with wider use of so-called “flags of convenience” and the globalisation of international shipping.

Developing nations now provide the bulk of international seafarers. China, the Philippines and Indonesia provide the most ratings, while these three countries plus India provide most officers. Due to their limited resources and competing priorities, these countries may have most difficulty in looking after their national seafarers and ensuring their timely relief. Researcher Helen Devereux has previously highlighted the social plight of seafarers unable to get home.

Many countries have responsibilities for dealing with the current situation. Legal academic Natalie Klein has noted that the Maritime Labour Convention 2013 (MLC 13) sets out the responsibilities for the working and living standards of crews working on ships internationally. The International Convention on Standards of Training, Certification and Watch-keeping for Seafarers 1978 (STCW 78) is another relevant convention. This prescribes minimum manning and certification requirements for different classes of vessel.

The main responsibility for compliance with these conventions rests with the flag state of a vessel, but over one fifth of international shipping is flagged by “flags of convenience”, such as Panama and Marshall Islands for cargo-carrying vessels and the Bahamas for cruise liners. These flags may have difficulty in fulfilling their obligations. The state of nationality of individual seafarers is also interested in getting its seafarers back home, but not necessarily at the risk of spreading the virus domestically. And then the port and coastal state where a ship is lying at the time also has an interest, if not a responsibility, in ensuring the timely relief of crews.

With some flag states unable to fulfil their obligations for ensuring standards on board ships flying their flag, the International Maritime Organisation (IMO) introduced the system of Port State Control (PSC), which allows port states to inspect foreign ships to confirm compliance with a range of international conventions, including MLC 13 and STCW 78. Ships are periodically detained for non-compliance with STCW 78 and MLC 13, including because crews are not being paid in accordance with their employment agreements.

The crisis with seafarers is on the verge of leading to a crisis in global trade: ships are being tied up in port with crewing problems, charter rates are rising and container shipping schedules are being thrown into disarray. The IMO, as well as international shipping organisations such as Intercargo and BIMCO, continue to implore governments to do more to ensure that the flights needed to repatriate stranded crews are available. There has been a lot of talk about the crisis, but insufficient action so far.

Shipowners and governments share responsibilities for resolving this situation. Governments are attracting most flak at present for their failure to help seafarers, but shipowners should also be prepared to accept more of the costs involved. They should not be tempted to cut costs by employing cheaper crews and reducing crew numbers. They must also be prepared to bear the increased costs associated with relieving seafarers in a timely fashion, while governments must ensure that their restrictions on international travel don’t impact on the movement of seafarers.

To be fair, some countries are behaving responsibly. Singapore, for example, has several initiatives designed to assist seafarers and facilitate crew changes. The UK marked the International Day of the Seafarer on 25 June by announcing that it will host the first international summit on the impact of Covid-19 on seafarers. This will bring together UN, political, and business leaders from across the globe. Hopefully it might achieve some break-throughs.

Previous Article
Consulting on Bougainville’s future: The what, who, how and when
Next Article
Calling out “expansionism”: The Modi way