Sunglasses are a staple in the US President’s diplomatic style but not every leader can share the benefit. 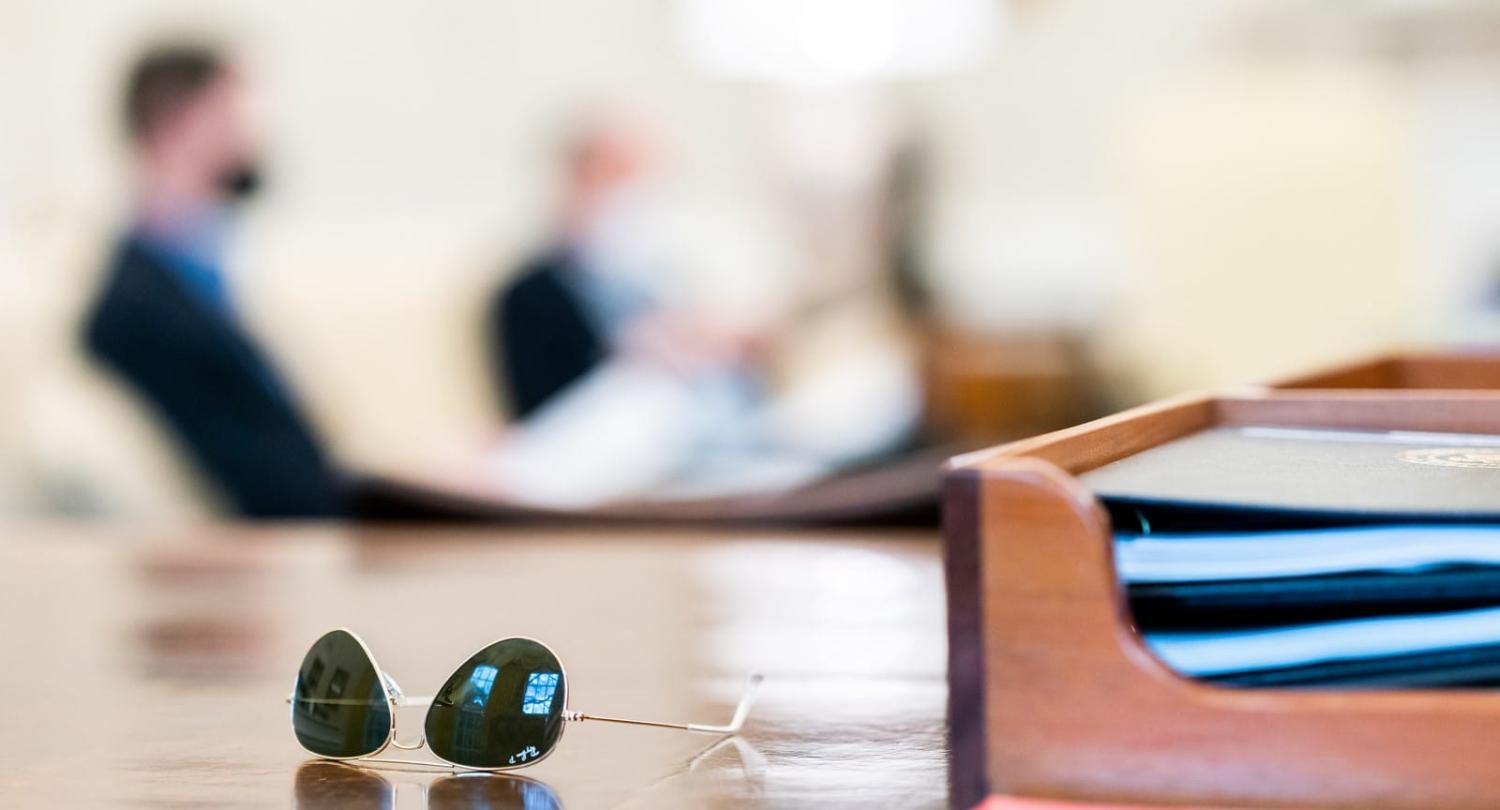 Last week, immediately following the conclusion of the US-Pacific Summit, Pacific Islands Forum (PIF) Secretary General Henry Puna tweeted a photo of himself and Fijian Prime Minister Frank Bainimarama wearing Aviator style sunglasses. Puna captioned the image, “A strong commitment is forged. In honour of this historic inaugural US-Pacific Summit, we decided to wear our Biden Aviators from @POTUS and celebrate a win for #ourbluepacific”.

As the first time a US President had invited leaders of the PIF to meet in Washington, this was indeed an historic event worthy of celebration. It was notable as Pacific states negotiated hard for their interests and were ultimately successful in making the 11-point declaration reflect existing priorities within the 2050 Strategy for the Blue Pacific Continent.

But it was the sunnies that stole the show.

A strong commitment is forged. In honour of this historic inaugural U.S.- Pacific Summit, we decided to wear our Biden Aviators from @POTUS and celebrate a win for #ourbluepacifichttps://t.co/TMc4x1HoXb pic.twitter.com/XqDDUeYBWP

President Joe Biden has made his Ray-Ban 3025 Aviator sunglasses iconic to his personal style, representing all things American: American-made, military, masculinity, and of course, Top Gun. This personal branding extends as far as diplomacy. Not only did Biden give the PIF leaders Aviators at the summit, but he reportedly gave a pair to Russian President Vladimir Putin on their first meeting in 2021. Biden has also gifted a pair of Aviators to Japanese Prime Minister Fumio Kishida and South Korean President Yoon Suk-yeol, becoming a staple in Biden’s diplomatic style.

A recent New York Times article  quoted television consultant Tammy Haddad describing the message Biden’s wearing  the Aviators intending to convey as “I’m a cool guy, but I’m a responsible person, and I’m going to wave the American flag and save you”. This image of “Aviator Joe” signals military-esque strength, youthfulness and masculinity in a leader who has been criticised as weak, boring and old.

With the US is attempting to strengthen its relations in the region, Pacific leaders sporting Biden’s sunglasses demonstrate superficially a successful meeting of like-mindeds (or “like-sighteds”).

Other world leaders and politicians have embraced iconic personal styles, with former US secretary of state Madeleine Albright consciously drawing from her extensive collection of brooches to reinforce a diplomatic statement. In more recent times Ukrainian President Volodymyr Zelenskyy’s olive green t-shirts have become iconic. Indeed, the invasion of Ukraine has seen leaders use fashion and public image diplomacy, from Emmanuel Macron’s viral photo after Putin phone call, to First Lady of Ukraine Olena Zelenska’s appearance on the cover of American Vogue magazine.

We have all seen the daggy parkas, loud shirts and ponchos that define “awkward APEC” style from each hosting nation. It is as much cringe factor as the awkward handshake at the Association of Southest Asian Nations meetings. Seeing leaders take awkward photoshoots in matching garb demonstrates a sense of relatability – a family photo.

But Biden has sought to transfer his fashion statement into diplomatic capital. By looking like Biden, fellow world leaders can, quite literally, see things through Biden’s lens. With the US is attempting to strengthen its relations in the region, Pacific leaders sporting Biden’s sunglasses demonstrate superficially a successful meeting of like-mindeds (or “like-sighteds”) and a Pacific group of friends.

How does Australia fare in fashion diplomacy? PIF Leaders meetings always have a fun shirt photograph, usually a vibrant Pacific pattern. However, the 2009 PIF Leaders meeting hosted in Cairns only had options for blue or beige RM Williams shirts (all chose blue), bringing the tone down to much less fun.

What is extraordinary is that fashion diplomacy can be seen as the key to the personal branding of male state leaders, however for female leaders it’s seen as frivolous.

But while RM Williams boots say “Australia” they do not reflect any particular individual, as the personal branding of the Aviators does for Biden. And shoes aren’t as readily captured in photos than a fashion item that is near the face. Biden and aviators are so inherently linked that we put the Puna/Bainimarama Aviator photo in Google Reverse Image Search, it came up with pictures of Biden (although that might say something about Google’s AI software…).

While fashion diplomacy can be seen as a strength, former Foreign Minister Julie Bishop came under fire for her use of #fashiondiplomacy promoting the Australian fashion industry both at home and abroad. Her glittery red heels that she wore on the day she resigned as Foreign Minister have become Australian politics iconography, now on display at the Museum of Australian Democracy alongside Kevin Rudd’s RM Williams.

What is extraordinary is that fashion diplomacy can be seen as the key to the personal branding of male state leaders, however for female leaders it’s seen as frivolous. Neither Albright’s brooches nor Bishop’s heels held true in their respective states in the same way that Biden and his team are pushing the sunglasses. Brooches and heels are not gender-neutral and reflective of military power in the same way. Anyone can put on a pair of Aviators, spending a little or a lot, to channel their inner Biden. The celebrity-fication of leaders dates back decades with John F. Kennedy, but social media has solidified the importance of the personal branding of leaders. Personal branding, social media and summit gifts allow leaders to control the narrative and influence perceptions, on a global scale – reaching citizens of other states. Leaders are no longer just leaders, they’re also social media influencers. Puna’s tweet of him and Bainimarama sporting the Aviators was quickly leapt on by the US Department of State and retweeted by the US embassies in Australia, Port Moresby and Suva.

Fashion diplomacy might be seen as fun and light-hearted, but as far as statecraft goes, a pair of Aviators are an inexpensive and effective tool if used correctly.

John Momis towered as a figure in both PNG on Bougainville, but his time as president seems to be fast running out.
Madeline Gleeson 6 Apr 2017 10:38

Australia's role in the refugee compact

The core of any effort to improve the treatment of refugees, whether in the context of the Global Compacts or otherwise, must be protection.
Geoff Kitney 28 Oct 2016 14:00

Clinton is said to have been impressed, in the time that Gillard was Australian Prime Minister, with her toughness on policy issues.