The case for going all-in on renewables

Energy security and economic growth have political support where climate change doesn’t. Bring them all together. 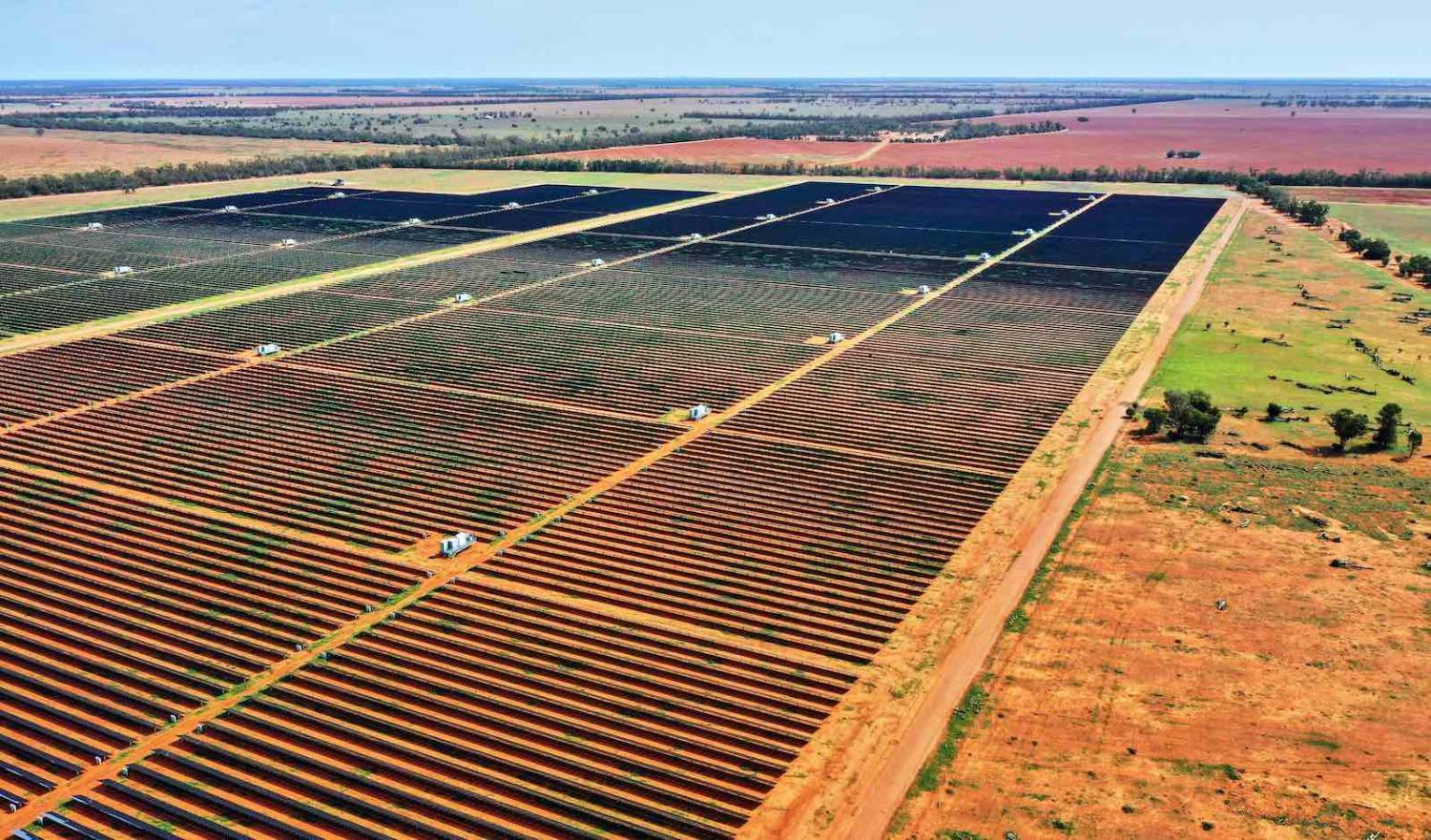 Current perceptions of renewables have been driven by the need to address climate change, a narrow view that overlooks benefits such as reducing our reliance on imported energy and creating thousands of high-tech jobs. As countries grapple with the outwardly ineffective efforts to pass climate change-specific legislation, Australian policymakers should clearly define a credible connection between climate action and its benefits in improving energy security and the economy, to gain the public support needed to succeed.

The geopolitical rivalries between key oil-producing states and tensions around supply chains have heightened the importance of energy independence and security – through minimising energy imports and diversifying energy sources to reduce a nation’s vulnerability to price volatility and shortfalls.

Past crises, such as the 1973 oil shock, catalysed the growth of the Japanese and French nuclear programs, as citizens quickly bore the costs of electricity grids disproportionately reliant on oil-fired generation. Today’s energy security challenge, exacerbated by growing concerns regarding climate change and its impacts, can be met through a wider deployment of domestic renewable electricity generation, fuelling an increasingly electrified economy and offsetting our reliance on imported fuel.

The past decade has illustrated the importance of consistent policy on renewables and the risks associated with relying on a singular issue to appeal to the broader public.

China, where 38% of oil imports come from the Middle East, has been pivoting aggressively towards promoting domestic renewable-energy development through its 13th Five-Year Plan – as a means of both reducing domestic demand for imported fuels and achieving technological leadership in future industries.

Japan and South Korea, who import nearly all their primary energy needs from the Middle East, have released national hydrogen strategies as a possible way to diversify away from the region. Green hydrogen, which can be either domestically produced or imported from more strategically aligned partners, can be generated using wind and solar through electrolysis and may be a crucial means of addressing energy security in the context of climate change. Its wide range of applications – from green steelmaking, to “firming” variable wind and solar to ensure electricity output consistently matches demand – makes it well suited to reducing and replacing significant proportions of these countries’ energy imports. Both nations have repeatedly stressed the significance of hydrogen in addressing its energy security concerns.

With its abundant renewable resources, Australia is also well placed to be a major renewable energy producer and exporter to the Asia-Pacific region. A strong national focus on renewables could see sustained deployment of solar, wind and other renewables, as well as the development of a globally competitive hydrogen industry – which was highlighted in COAG’s National Hydrogen Strategy – which could help diversify Australia’s energy supply options and reduce the total volume of energy imports and the risks that go with them.

Focusing on renewable energy also provides the opportunity for technological leadership in future industries ranging from lithium-ion batteries to wind turbines to electric vehicles. Countries with a proven experience in the export-oriented manufacturing of these products would be able to capture significant proportions of these lucrative markets, securing long-term jobs and economic growth in a world undertaking a historic electrification transformation.

While China is a manufacturing powerhouse that has effectively integrated industry, government and academia in its industrial policies. While it holds the advantage in some areas, there remain many untapped opportunities. Australia’s focus on the mining sector at the expense of more advanced stages of the lithium-ion battery market mean Australia is only able to capture 0.53% of that market, and similar disparities are likely to exist for other renewable energy markets.

A stronger national uptake of renewable energy could be tied alongside the development of new export-driven manufacturing industries to support this transition. Recent announcements may play a role in developing these industries. This includes plans to establish a hydrogen export hub, encouraging development of technologies ranging from clean hydrogen to green steel through the Government’s new Technology Roadmap strategy, and a $1.9 billion funding package to the Australian Renewable Energy Agency (ARENA) and the Clean Energy Finance Corporation (CEFC).

In an economy reeling from the Covid-19 pandemic, developing a globally competitive renewable-energy industry could lead to the creation of many long-term jobs. Just as a single Tesla Gigafactory in Nevada brought 7000 jobs and more than US$6 billion in capital, retooling old manufacturing hubs to build high-technology products could revitalise Australia’s regional centres.

This would also broaden Australia’s economic base beyond a few core sectors, reducing Australia’s vulnerability to a boom-bust cycle. The complexity of a renewable-energy manufacturing industry would develop local technical skill sets, encouraging the co-location of industries with a similar complexity. In the United States, local experience in oil rig manufacturing and leveraging existing infrastructure allowed the growth of new industries building offshore wind turbines.

The past decade has illustrated the importance of consistent policy on renewables and the risks associated with relying on a singular issue – even one as significant as climate change – to appeal to the broader public. Consistent and strong policy is driven by wide-ranging support across the electorate’s spectrum – support that is unlikely to falter with a change of government or an economic downturn. Integrating climate change policy with the energy security and economic issues that voters consistently prioritise may be the way to end climate policy inaction in Australia and around the world.

…and the unfolding geopolitical rivalry around them.
Milton Osborne 11 May 2018 11:00