Developing the Youth, Peace and Security agenda in the Asia-Pacific is a chance to ensure lasting change. 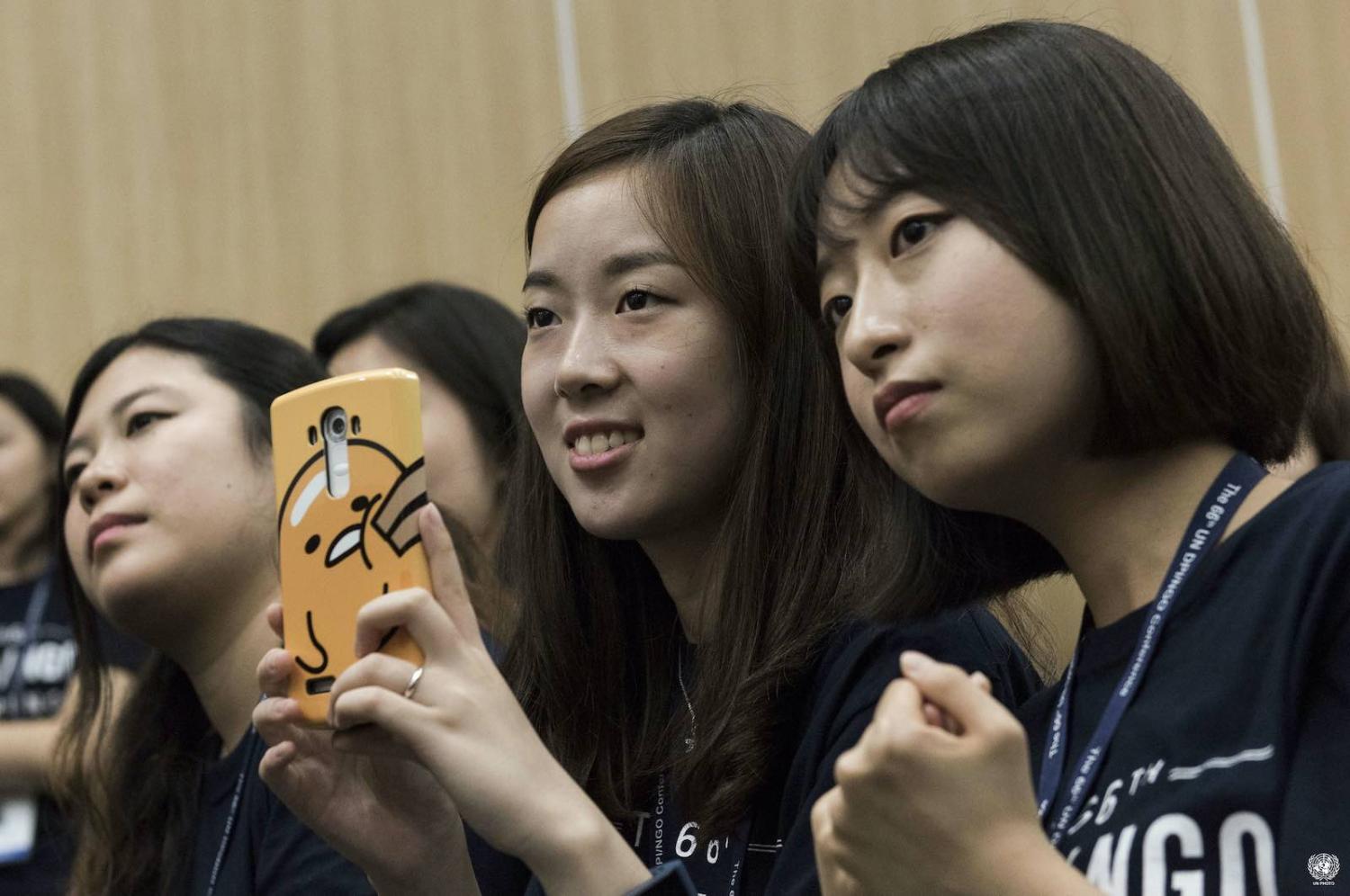 Issues facing youth and their communities across the region are diverse, including high unemployment rates, high levels of inequality, violent conflict, natural disasters and state repression. The Covid-19 pandemic has exacerbated these challenges and inequalities. Youth themselves have been active in responding to these issues, encouraging national governments and regional bodies to offer support.

Global attention to youths’ role in addressing complex and diverse peace and security challenges has been increasing, in large part due to the visibility these issues have received through the emergent Youth, Peace and Security (YPS) agenda. Marking its fifth anniversary on 9 December, UN Security Council Resolution 2250 on Youth, Peace and Security acknowledges youths’ role as political actors in the pursuit of peace and security. This groundbreaking resolution is unique in its recognition that the international community has an obligation to ensure youth inclusion in the decision-making and implementation of peace and security practices.

In the five years since the first resolution, attention from peace practitioners and UN member states on the YPS agenda has rapidly grown. In July 2020, international commitment to the YPS agenda advanced with the passage of Security Council Resolution 2535. This third resolution focuses on operationalising youth-inclusive peacebuilding, and was adopted amid calls for “accelerated implementation” by youth advocates, allies and the UN Secretary General.

In light of the region’s large youth population and complex peace and security challenges, the YPS agenda offers opportunities in the Asia-Pacific to strengthen youth inclusion and partner with youth to address critical issues at regional, national and local levels.

Recent years have seen the “regionalisation” of efforts to implement the YPS agenda. A similarly youthful region, Africa, has led in this space, with the African Union adopting the Continental Framework on Youth, Peace and Security last year. Other regional bodies such as the European Union have made commitments to youth inclusion. Such efforts are good models for other regions.

There has been less formal adoption of the agenda in the Asia-Pacific, yet there are positive indicators of growing support. The most recent ASEAN-UN Plan of Action includes youth, peace and security as a focus area of political-security cooperation. Strategic regional vision and cooperation can capitalise on the YPS agenda to build youth-inclusive responses to pressing challenges.

At a national level, meaningful implementation of the YPS agenda involves an obligation to provide mechanisms where youth can lead and be empowered to make decisions, shape policies and implement relevant programs. One example is the development of YPS National Action Plans (NAPs), which are currently being developed in Colombia, Finland, Gambia, Nigeria and the Philippines.

Substantive youth inclusive peacebuilding is not an either/or proposition.

Lessons from the Women, Peace and Security agenda demonstrate the importance of creating these “roadmaps” from the ground up, drawing on grassroots advocacy from youth-led peacebuilding organisations. NAPs processes should recognise in the first instance the interests of local youth, and the work of youth peacebuilders already being undertaken.

As the first country to begin drafting their YPS NAP, Finland has built a network of youth organisations that harnesses the creative thinking and leadership of youth, providing a model for collaborative design. Leading in the region, since 2017 the Philippines have been pursuing a series of nationwide youth peace table consultations to gather insights for the drafting of a youth peace agenda.

Despite increasing activity at all levels, there are a number of challenges for meaningful youth inclusion. A recent regional consultation, undertaken by the UN in partnership with the United Network of Youth Peacebuilders and the Asian Youth Peace Network found obstacles include lack of knowledge about the YPS agenda, access to skills development, lack of political buy-in and limited opportunity for youth to engage with decision makers, lack of funding, and a persistent disregard for taking youth seriously. Information sharing, capacity building, resources, networking and joint advocacy undertaken by youth-led peace organisations and allies across the region is fundamental in addressing these issues.

The efforts of youth peacebuilders must be accompanied by a commitment to implementation by national governments and regional bodies. One of the key challenges for progressing the YPS agenda is to continue building networks that strengthen the links between peacebuilding work occurring in formal and informal spaces. Substantive youth inclusive peacebuilding is not an either/or proposition; it requires coordination between key stakeholders at international, regional, national and local levels to ensure that youths’ work is recognised, adequately resourced and not overlooked.

While progress has been slow and hard fought in the Asia-Pacific, recent commitment at the regional level, along with the work being done by youth organisations, is likely to help progress the implementation agenda. As rhetoric on “building back better” post Covid-19 is converted to action across the region, the fifth anniversary of the YPS agenda is a timely reminder that including youth is essential to better, more sustainable solutions to the region’s peace and security challenges.

Japan is back in the Bay of Bengal

Tokyo has long understood the Bay of Bengal and the South China Sea are the lynchpins that connect the Indo-Pacific.
Kelsey Munro 2 Jul 2019 11:30

The London Bridge attack again shows the challenge of what to do with terrorists who have served their sentences.