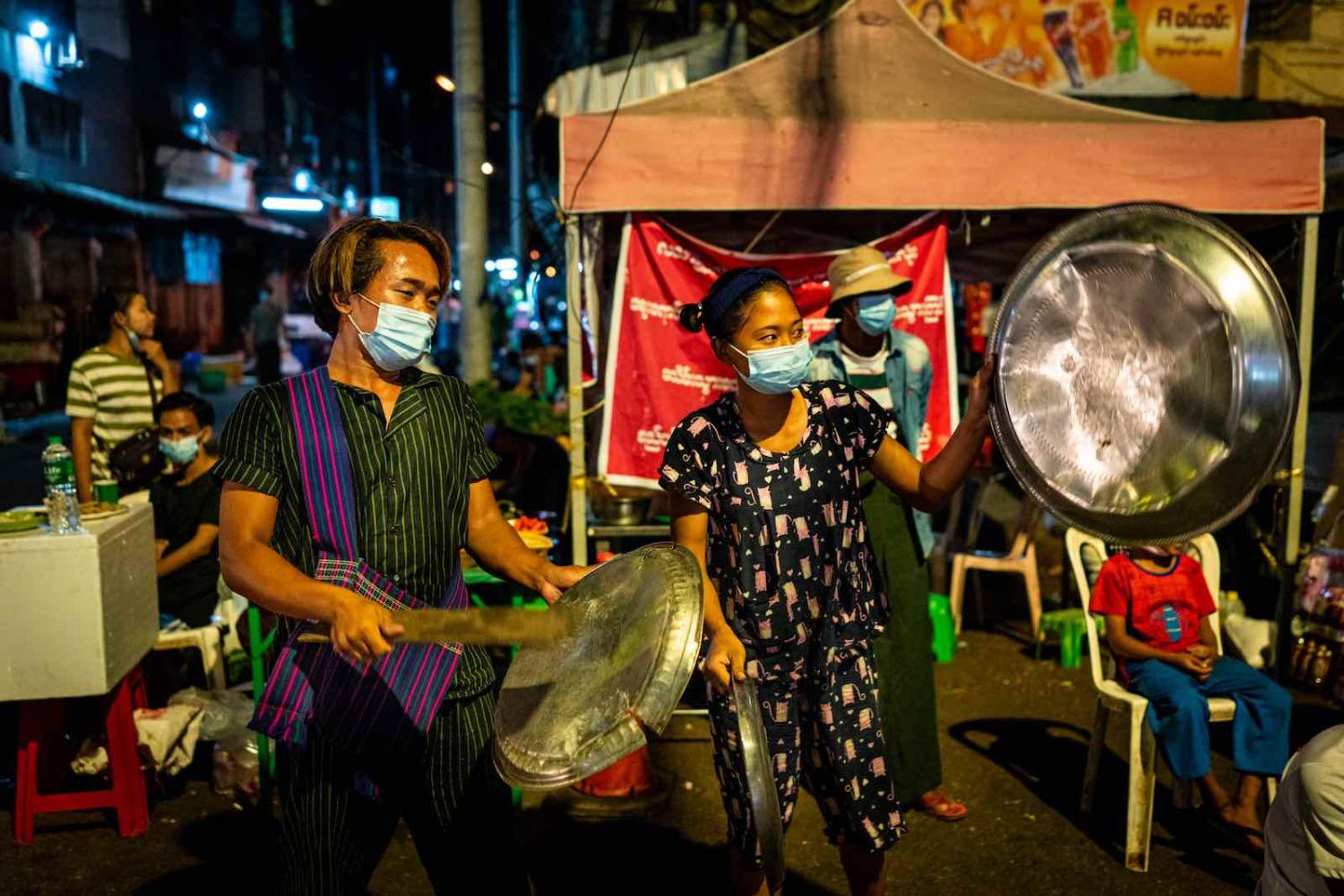 The pounding of pots and pans in many parts of Myanmar at 8 o’clock every night signifies the civil outcry to the military coup that took place last week. In the early morning of Monday, 1 February, the Myanmar military detained the leaders of the ruling party (National League of Democracy, NLD) including President U Win Myint and State Counsellor Aung San Suu Kyi. The military then announced a year-long state of emergency to investigate accusations of fraudulent voting in the November 2020 election. Military trucks loaded with soldiers drove through the streets of major cities on the day of the coup to prevent any opportunity for people to gather and protest.

Since 2011, the transition to democracy in Myanmar has been accompanied by a dramatic increase in the use of mobile phones. Facebook is used by half of the population. In the first stage of the coup, social media was, unsurprisingly, a major platform for communicating and exchanging information. As part of the military’s tactics, telecom industries were instructed to shut down, Facebook and internet access was blocked. In response, the public continued to protest using multiple non-violent means, including social media campaigns through virtual private networks (VPNs). Civil disobedience movements initiated by healthcare workers and the banging pots and pans by the public every night is widespread. Meanwhile, since Saturday, mass protests have been staged in Yangon and many parts of the country.

Banging pots and pans every night shows the solidarity of Myanmar people in opposing the coup and military regime, and it is also a way for most women to make their pollical voices louder.

The widespread banging of pots and pans is worth deeper examination. This form of protest facilitates the broader participation of civilians during an ongoing pandemic, including women (in care roles at home), youth, aged and disabled, in their political opposition against the regime. Historically, pots and pans movements have encouraged women’s participation in politics. It was a prominent form of protest in Chile after the event called “March of empty pots” by Chilean women in 1971 protesting against the government for the scarcity of food. It spread across the region and is still today commonly used in political and social protests in Latin America.

Banging pots and pans every night shows the solidarity of Myanmar people in opposing the coup and military regime, and it is also a way for most women to make their pollical voices louder. A middle-aged working mother said that “as a mum, in the deep down of my heart, I realised that the future of my daughter, and the future of all young people in the country will be drawn back to dark”. She also added, ‘‘I wish that the world will hear the sounds of pots that I am hurtfully banging every night, because I cannot cry out loud that this is a true injustice.” Furthermore, while the movement allows inclusive participation, it also keeps them safe from the threat of Covid-19, or violating the military curfew and the risk of imprisonment.

Women fighting against the authoritarian regime in Myanmar is not new. They actively opposed the regime alongside their male counterparts in the 1988 uprising and in its brutal ending. They lost loved ones, either killed or imprisoned. Despite slow progress, the transitional period of democracy in Myanmar gave women a chance to demand their position in politics and leadership across government, compared to how they were unequally treated under the military regime. During the 2015 election, 13% of the 6200 candidates were female, and in 2020 it increased to 15.6%. Returning to the military regime will impose additional challenges for ongoing development for the gender equality and women’s empowerment in Myanmar.

Despite the various forms of nonviolent civil resistance bravely emerging across Myanmar over the last week, there has been a slow reaction from the international community. The UN Security Council issued a watered-down statement on 4 February, three days after of the coup, which failed to recognise a coup took place at all. US President Joe Biden has announced sanctions against the military, but there were already sanctions on military members for the Rohingya crisis, and how the new sanctions will add additional pressure is uncertain. Neighbouring countries including Cambodia, Thailand and the Philippines responded with disappointing but unsurprising restraint, calling it an “internal matter”. Indonesia and Malaysia have referred to the actions of the military as a “backward step”, but no further statement on further actions to be taken if the military regime continues. Australia has expressed “deep concern” at the coup, but has made no statement on whether this will lead to specific actions to cut defence cooperation ties with the military in Myanmar.

Donor governments and private businesses need to be more supportive of the human rights campaigns in Myanmar. Their access and entry into the country came on the back of the bravery of those who have protested the junta since the 1980s. The companies, embassies and international non-government organisations present in Myanmar need to raise their collective voice and show their support and sympathy for nonviolent campaigns, and openly urge the military to protect the people’s right to information and open communications, not putting people in the dark by disconnecting internet and phone lines.

The only response that will matter to Assad is that which comes from Moscow and Tehran.
Graeme Smith 28 May 2018 16:00