China’s economy could overtake the US faster than expected but there are also implications for Australia closer to home. 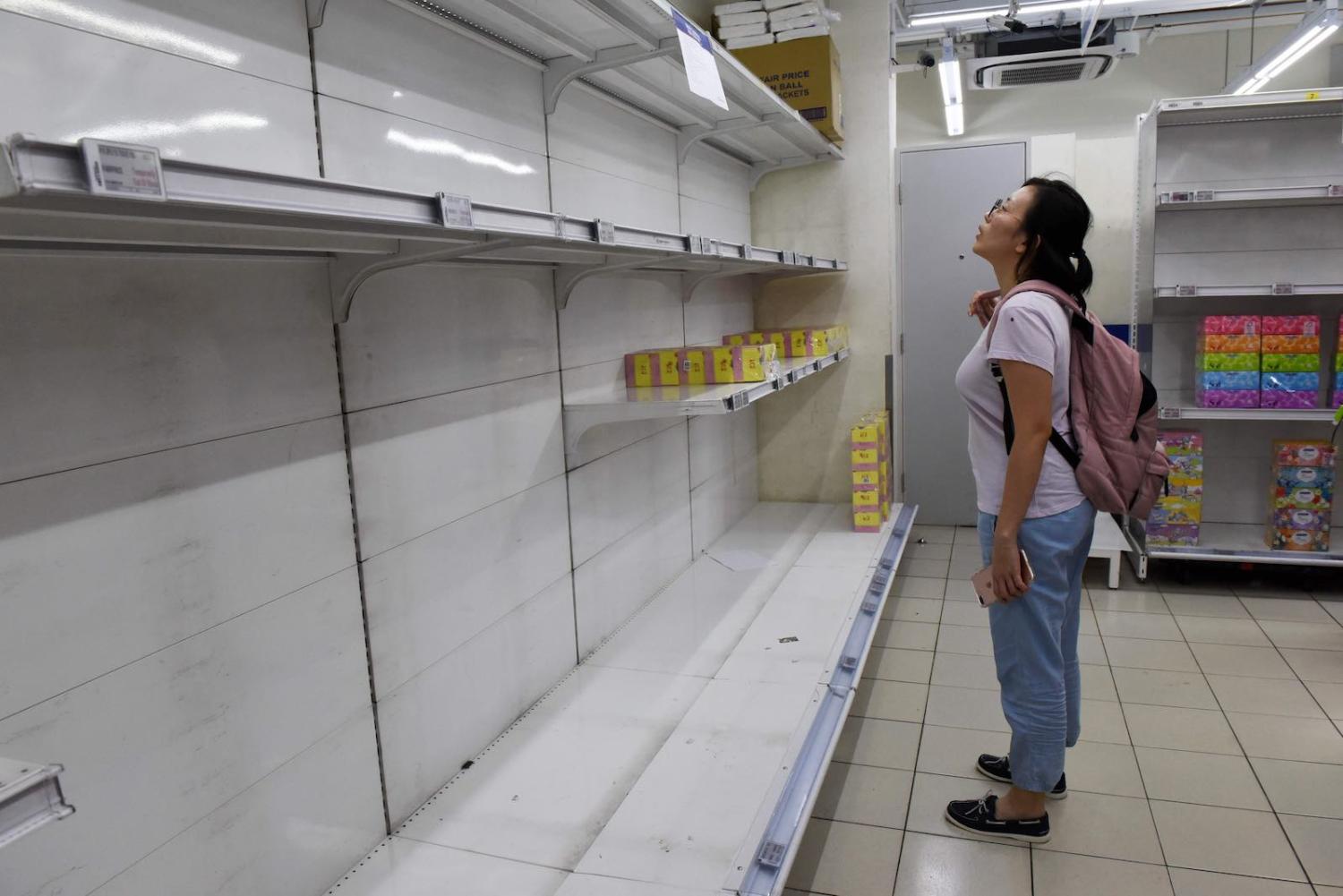 New forecasts that the Chinese economy will overtake the US in real terms much faster than expected are likely to have provided the Biden administration with a bracing context for a more coherent China policy.

According to just released projections from the London-based Centre for Economics and Business Research (CEBR), this once-in-a-century tipping point will now happen in 2028. That is five years earlier than it was forecasting just a year ago, mostly due to the impact of the pandemic in China and the US.

But Nomura economists have suggested the baton change for the largest economy at US$ market values (China is already larger in purchasing power parity (PPP) terms) could happen by 2026 if the renminbi continues to strengthen.

While this will be a historic event, some shifts closer to Australia may provide an insight into how a rearranged economic pecking order will impact on geopolitics.

The latest International Monetary Fund figures suggest that the size of the Vietnamese economy overtook both Malaysia and Singapore last year, once again due to how Vietnam’s superior pandemic management saved it from a sharp contraction.

Malaysia will likely bounce back in front for a couple of years. But the die has been cast for authoritarian Vietnam to steadily also overtake both the Philippines and Thailand by the end of this decade to be Southeast Asia’s second-largest economy after Indonesia. By the early 2030s, it will be a top 20 global economy, according to CEBR.

This makes Australia’s soon-to-be-released Vietnam economic engagement strategy look very well timed. But it also underlines how the uncertainty about the durability of Vietnam’s leadership model – raised by the changes at the recent Communist Party congress – has broader regional implications.

Equally interesting from an Australian perspective is the CEBR projection that the Indonesian economy will now overtake Australia in real US dollar terms in about 2027. (It is already larger in PPP terms.)

This might seem be like bingo for econometricians, but the psychological impact of Indonesia being clearly larger than Australia will be fascinating on both sides of the Timor Sea. And it will be a good warm-up exercise for Americans with China a year later.

It took the IMF the best part of a decade to recover from being seen to have accentuated the Asian financial crisis with cookie-cutter economic austerity policies. But it paved the way for more diverse and nuanced approaches to financial turmoil today.

So it is interesting to see how the world’s lender of last resort has turned its hand during Covid-19 to something usually left to less public intelligence agencies – analysing and forecasting civil unrest.

Whether this is mission creep or just creative economic thinking, the IMF is now using its own Reported Social Unrest Index (RSUI) to warn that the recovery from the pandemic is likely to be accompanied by a wave of global social unrest which has been suppressed by lockdowns and social distancing. It says:

If history is a guide, it is reasonable to expect that, as the pandemic fades, unrest may re-emerge in locations where it previously existed, not because of the COVID-19 crisis per se, but simply because underlying social and political issues have not been tackled.

Indeed, managing director Kristalina Georgieva warned last week that 50% of developing countries were at risk of falling further behind in the pandemic recovery period from a “great divergence” in global growth.

The RSUI, which is built from media reports of impending and actual unrest, made a brief appearance in last October’s World Economic Outlook, where the IMF found that unrest had diminished around the world due to lockdowns and social distancing. Then it took the pointed step of noting the US in the final months of the Trump administration was one of only two significant exceptions.

The basic economic argument for this work is that a 5% economic growth downturn increases the likelihood of civil turmoil the next year by 50%. About half the Group of 20 countries experienced that sort of shock last year, but the point might be really tested in countries such as India (-8%), Mexico (-8.5%) and the Philippines (-9.6%). Britain at -10% and Spain at -11.1% might be interesting.

They argued that an epidemic can reveal or aggravate pre-existing fault lines, such as inadequate social safety nets, lack of trust in institutions or a perception of government incompetence and corruption.

And historically, outbreaks of contagious diseases have also led to ethnic or religious backlashes or worsened tensions among economic classes.

Despite border closures and supermarket cleanouts, Australians do not seem to have actually turned away from globalisation during the pandemic.

The latest results from the Scanlon Institute’s long-running social cohesion survey show that the proportion of people who think globalisation is either very good or fairly good remained about the same at more than 70% through two surveys last year, as in the previous two years.

But perhaps in a sign of how things might have gone downhill but for some government support measures, there was a noticeable uptick in the proportion of people who thought globalisation was fairly bad at 23% in July last year. But that had disappeared by November.

It appears these believers in a rising new superpower may still be prepared to support Australian government actions to pressure China to be a more open economy.

With 42% of respondents saying the country does the right amount of trade and equal numbers favouring either more or less trade, the government rhetoric about trade providing a route out of the pandemic downturn seems well grounded in the electorate.

Meanwhile the mixed feelings towards China regularly seen in the Lowy Institute’s annual polling are reinforced in this survey.

But it appears these believers in a rising new superpower may still be prepared to support Australian government actions to pressure China to be a more open economy. Only 26% of people thought China was following global trade rules, while 51% thought the US was.

While impeachment might be a lost cause, the Biden administration has moved quickly to defuse the Trump administration’s final time bomb at the heart of the global trading system.

Former Nigerian finance minister Ngozi Okonjo-Iweala is set to become the next director general of the World Trade Organisation after receiving eventual US support.

The appointment of an African and a woman for the first time to head one of the world’s peak financial regulatory organisations ends a long impasse over the job due to intransigence towards the WTO from the Trump officials.

While they never provided any clear reason for opposing Okonjo-Iweala, who is also a former World Bank economist, she will be reminded of the opposition as she cleans up other Trump legacies, including the crippling of the WTO’s appeals system.

The new director general has serious administrative experience from two terms running Nigeria’s economy but will require some high-level diplomatic skills to bridge the global divisions over multilateral trade.

And it’s little appreciated that one source she may well turn to for advice on how to manage faction-ridden, treacherous political environments will be former prime minister Julia Gillard. They jointly authored a book last year on women in leadership.

The international financial system is significantly different to the one that existed when the IMF and World Bank were established.
Hugh Piper 28 Nov 2022 10:30

The only truly national sport is bound to local identity – but believing in exceptionalism is a dangerous game.
The Interpreter 31 Dec 2018 07:00

The two largest economies in the world have spent the year exchanging threats of retaliatory tariffs.