Barely one in ten girls graduate high school in one of Australia’s closest neighbours, yet the barriers can be overcome. 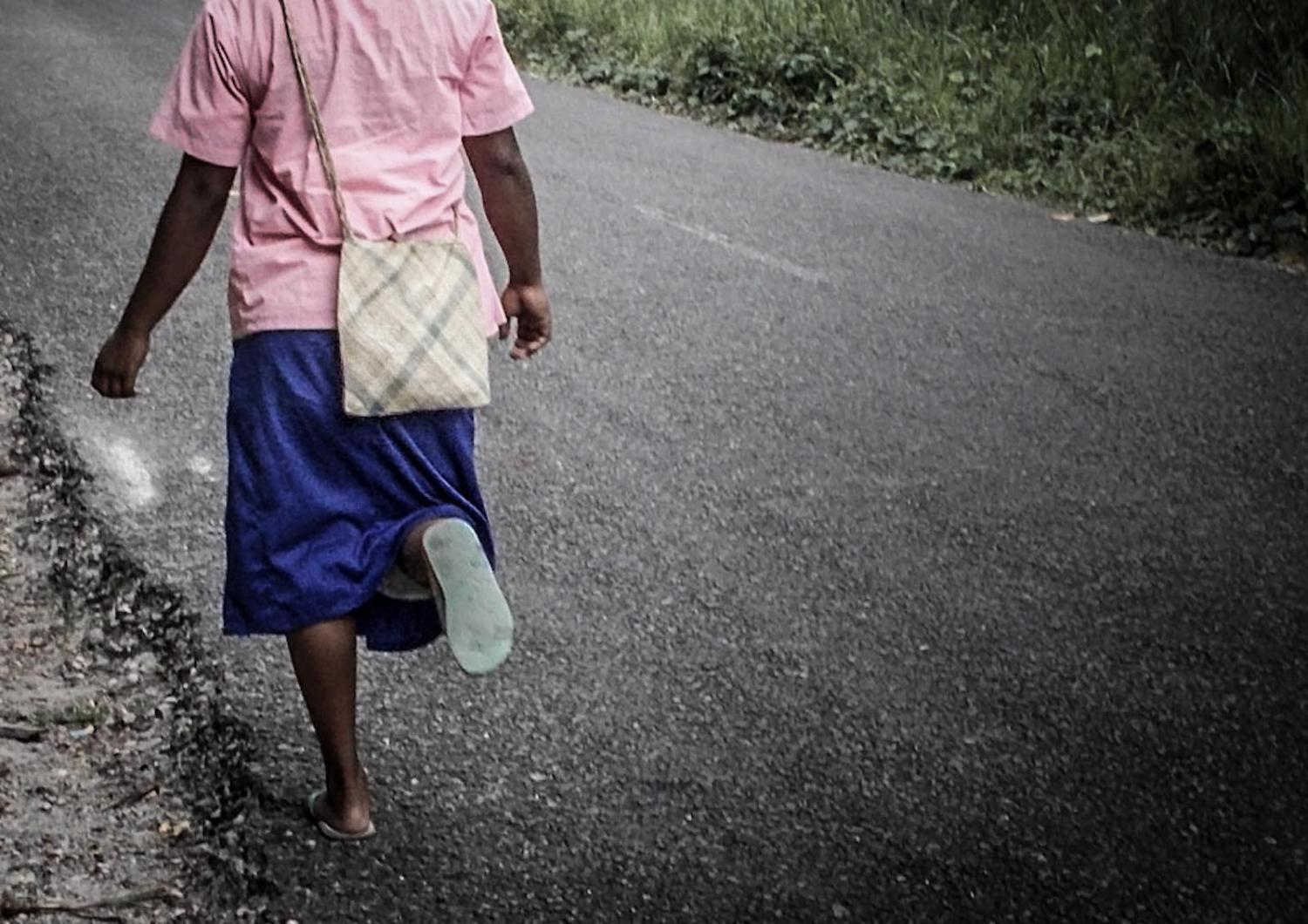 A group of adolescent girls in Solomon Islands huddle around a piece of butcher’s paper. They are considering their answers to a question put to them as part of a research project: What makes it so hard for girls and young women in Solomon Islands to finish high school?

The spur for the research is as stark as it is shocking. Fewer than one in ten adolescent girls (7%) in Solomon Islands graduate from high school – one of the lowest rates in the world.

The youth-led research, undertaken by Plan International Australia working with 60 adolescent girls across three locations, has revealed the key barriers that are holding girls in the Solomon Islands back. Key among these are school fees, discrimination against girls who become pregnant, and deeply entrenched gender inequality. The research also reveals the intersecting and unique barriers faced by girls with disabilities.

But ultimately, what the final two reports provide is compelling evidence that a generation of girls are missing out on education.

The research was ground-breaking in the use of a “photovoice” methodology, a first in the Solomons. This saw the girls conduct 164 peer surveys to test their answers to the research question, and create, take and caption photos that depict the barriers they identified to girls finishing high school – and the change they want to see.

The number one barrier identified was school fees. Since 2009, under the Fee Free Basic Education policy, the government only applies fees for senior secondary schooling (years 10–12). As a result, there is a cliff face drop off in the number of girls accessing senior secondary education.

Research indicates that adolescent girls spend 75% more time than boys on household chores, which is significantly higher than the global average.

The girls surveyed across all locations were extremely aware that their education was a financial burden for their families. The latest Solomon Islands Poverty Profile reveals two out of three households struggle to afford school fees.

The situation is most challenging for families living in certain provinces, with significantly higher poverty incidence and prevalence, such in the Makira and Guadalcanal provinces as well as in Honiara – where the majority of secondary schools are located.

Gender inequality was another major barrier, in particular the traditional roles girls and young women are expected to perform. While boys’ education is valued, girls are expected to take care of domestic chores, look after siblings, and eventually become a wife and mother.

This research indicates that adolescent girls spend 75% more time than boys on household chores, which is significantly higher than the global average. Girls undertake 15–20 hours of chores each week, whereas boys are more likely to complete just a few hours, one to six.

Social stigma around pre-marital relationships and pregnancy is another factor. The research indicates two in five adolescent girls drop out due to pregnancy or child, early and forced marriage, again much higher than the global average.

The treatment of girls and the need for greater respect was also raised. Girls spoke of fearing for their safety when travelling to and from school, being belittled by family members for wanting to gain an education, peer pressure, bullying and harassment – in particular physical, verbal or emotional abuse by boys.

It is well known that education is transformational: every year of secondary education completed brings powerful benefits for girls, their families, and communities, as well as for a nation’s prosperity and development. Global research finds that every year of completed secondary education reduces the risk of child marriage and early pregnancy, and increases the likelihood of achieving gender equity at home and in relationships.

Plan International’s Youth Champions – adolescent girls who participated in the research and are now leading the social and policy change part of the process –  are campaigning for an end to school fees by asking the Solomon Islands Government to extend the Fee Free Basic Education Policy to cover senior secondary (years 10–12). They also want international aid donors to help reduce and eventually eliminate gap fees at all levels.

Australia is the largest donor to the Pacific nation. Prime Minister Scott Morrison recently spoke of the government’s commitment to continued investment in the development of Solomon Islands’ education services, to “build prosperity in our Pacific neighbour”, when he visited the country in May. It was a strategic trip, the Prime Minister’s first official overseas visit since being re-elected, asserting the government’s commitment to “step up” in the Pacific.

However, if Australia fails to “step up” to support girls’ education specifically, girls and young women in the Solomon Islands will be left behind. Australia needs to use its power as a key donor partner to help achieve gender parity in education, by ensuring our aid budget is aimed to remove the barriers to girls’ education – so that girls have equal opportunities to grow up and achieve their dreams.

When Britain leased Diego Garcia to the US to become a Cold War military base, did it have sovereign rights to do so?
Erin Harris 10 Oct 2017 15:42