Temper the negotiation hopes. States often worry a willingness to talk will communicate weakness to an adversary. 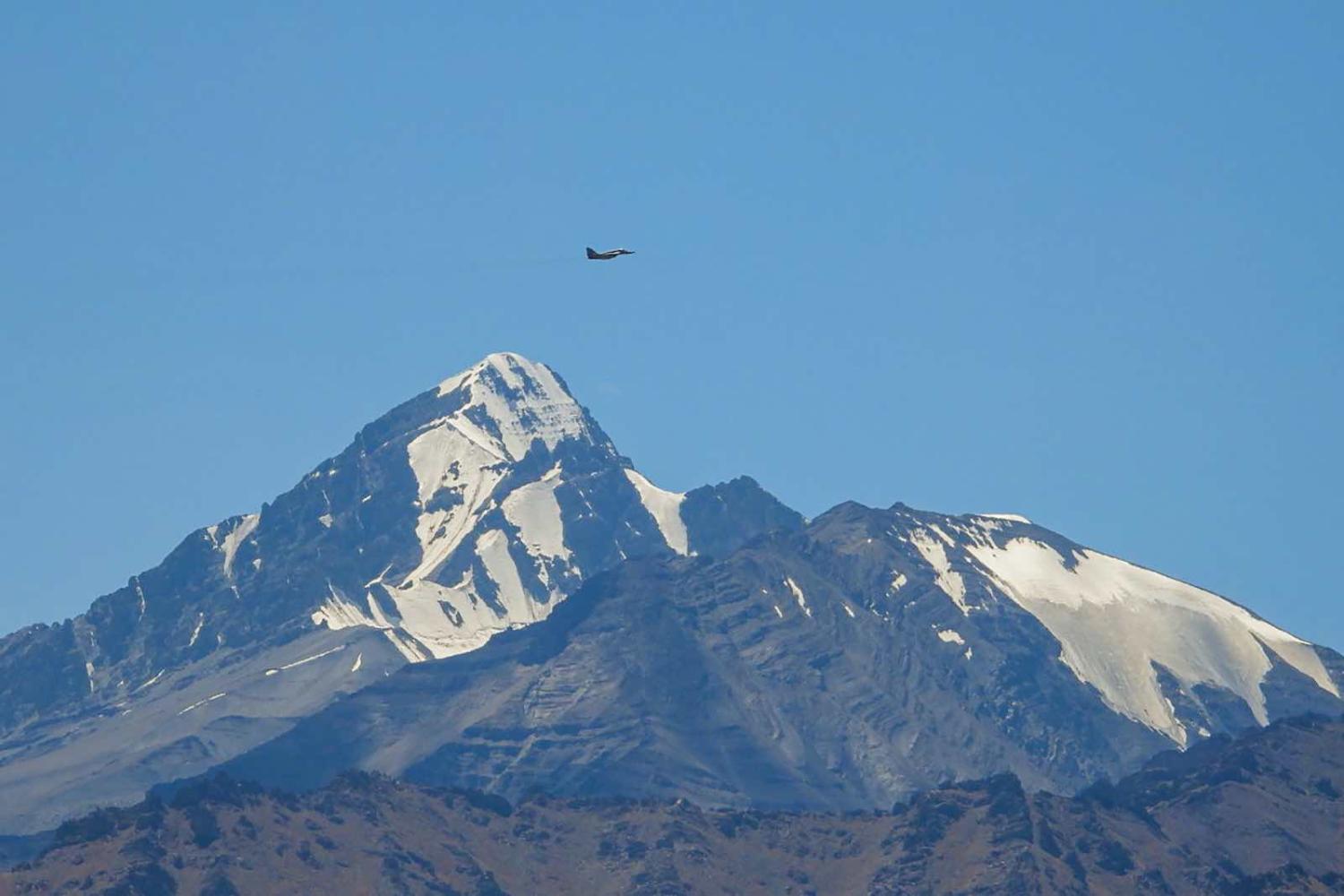 There is no end in sight for the ongoing China-India border crisis. In June, China and India’s border dispute along the LAC (Line of Actual Control) resumed after a decades-long halt to the fighting, with the deaths of 20 Indian soldiers and an unspecified number of casualties on the Chinese side. After a few months of relative calm, tensions erupted in late August with “provocative military movements” near Pangong Tso Lake and a Tibetan soldier’s death in India’s Special Frontier Forces. Only a few weeks ago, both sides accused each other of firing warning shots, the first use of live fire in 45 years.

Although China and India’s foreign ministers recently agreed to disengage at talks in Moscow during the Shanghai Cooperation Organisation meeting, troops remain massed at the border. China is reportedly building military infrastructure. Many worry that increased tensions could lead to war, especially given India’s limited options.

Attended the RIC Foreign Ministers Meeting hosted by FM Lavrov in Moscow. Thank him for his warm hospitality. India takes on the Chair of the RIC process. pic.twitter.com/fNAFI0aaCL

As the second- and fourth-largest militaries in the world – and two nuclear powers at that – soon enter the fifth month of a standoff, the world has been relatively silent. All countries, especially the United States, should help China and India avoid an armed confrontation. Wars happen, especially over territory. And it wouldn’t be the first time the two countries have fought over this issue. Fifty-eight years ago, the two countries found themselves at war when massed Chinese artillery opened fire on a weak Indian garrison in Namka Chu Valley, in an eastern area China considers Southern Tibet and India calls Arunachal Pradesh. China launched a simultaneous assault against the western sector, clearing Indian posts north of Ladakh. After 30 days of sporadic fighting, the war came to an end with a unilateral Chinese withdrawal from much of the territory it had seized.

But such a unilateral ceasefire is extremely rare. Most contemporary conflicts end through a negotiated settlement. This means getting the two countries to talk to each other face-to-face during a war can be necessary for war termination. But my research shows this does not come easily – states are often concerned that a willingness to talk will communicate weakness to their adversary, who, in turn, will be encouraged to continue the fighting. Only when states are confident their diplomatic moves will not convey weakness, and their adversary does not have the will or capabilities to escalate is a belligerent willing to come to the negotiating table.

What does this all mean for the prospects of peace in a China-India border conflict? The short answer is it depends on how the war goes for both sides and whether outside countries are involved.

Unless India is squarely defeated and thus cannot continue to fight, or China decides to withdraw unilaterally again, the war may drag on for longer than either side wants.

First, power asymmetries matter. When countries are evenly matched, it is less risky for them to talk while fighting because it is less clear who the “loser” is. This is why wars between great powers and smaller countries continue for a long time, contrary to expectations.

The Vietnam War is a perfect example. During the three years that followed its entrance into the war, the US tried to engage in talks with the North Vietnamese, supporting more than 2000 attempts to open direct talks without preconditions. North Vietnam either ignored or rejected every single attempt and made no offers of its own, for fear of looking weak.

While India does enjoy some local advantages, Chinese conventional military power is superior to that of India. If China enjoys undisputable operational success, Beijing will likely offer talks quickly to the Indian side. China would do so to lock in any territorial gains with a peace agreement if India agrees and looks reasonable in the international community’s eyes if New Delhi refuses. India’s calculations will likely be the opposite. Rhetoric on how China believes India to be weak, and the need to stand up to Chinese aggression, will surge. Any Indian politician that suggests talking with the Chinese will be attacked.

In other words, unless India is squarely defeated and thus cannot continue to fight, or China decides to withdraw unilaterally again, the war may drag on for longer than either side wants.

The degree to which outside powers get involved will also impact the diplomatic dynamics in a hypothetical war. If the US supports India, China may be less reluctant to engage in diplomacy. This is because Beijing’s focus will shift to signalling strength to the US. In general, the more China can link Indian military progress to the US, the more likely it will react strongly and negatively. Therefore, to minimise China’s reaction, the US should think of ways to support India without being involved directly in operations.

Russia is unlikely to get involved more directly, given its close ties to India and China, and will likely emerge as the central mediator if war breaks out. Russia’s role should be encouraged. My research shows that outside mediators can help bring belligerents to the table because they can, first, serve as guarantors that belligerents are not dangling talks to probe each other’s positions, or second, provide independent positive inducements so that talks are not interpreted as a concession given under military pressure.

Complex calculations about how the enemy will interpret and respond to a willingness to talk create an extra obstacle to peace when wars break out. This means high costs even if the war stays at the conventional level, because it is likely to drag on. The other possibility is that the war ends quickly because China secures a decisive victory. But this scenario does not bode well for the future, either. it would leave the world with a weaker India and emboldened China.

There are many reasons all parties should avoid a second Sino-Indian border war – the costs of conversation are only one of many factors that would delay conflict resolution.

The China factor in India’s commitment to ASEAN

India's position on ASEAN reflects an ambition to create a bulwark against the emergence of a Sino-centric regional order.
Luke Dawes 6 Apr 2018 10:30

Tajikistan and Uzbekistan: a welcome but fragile thaw

The signs of warming relations between Uzbekistan and Tajikistan are built on the friendship between two authoritarian rulers.
Aarti Betigeri 13 Feb 2019 16:00

Unemployment woes, unhappy farmers, and new faces in the game see Modi turn on his populist charm in an attempt to woo.