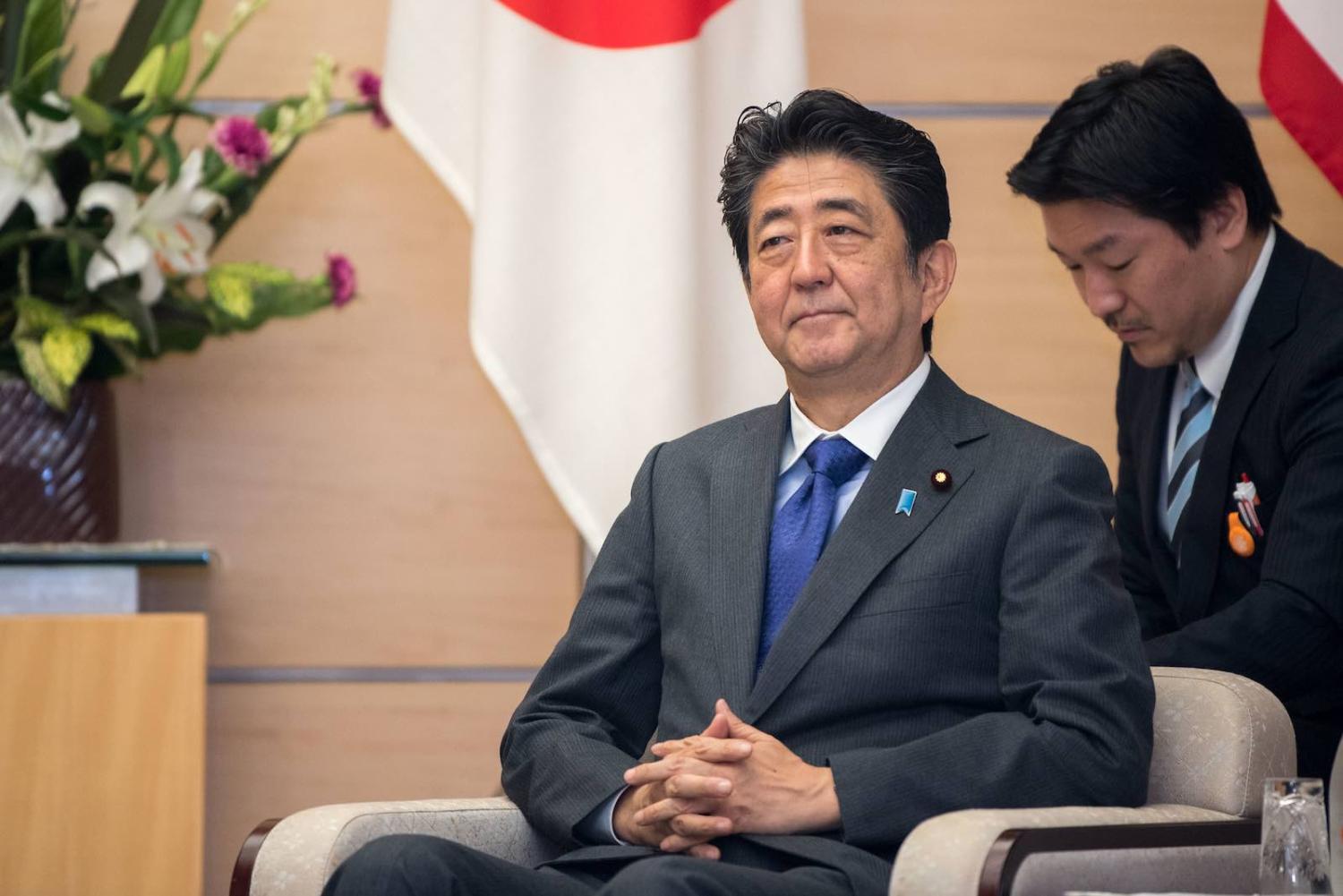 Japan’s Abe Shinzo: A “China gap” can be seen between Tokyo and Washington regarding best way to manage Beijing (US Secretary of Defense/Flickr)
Published 21 Feb 2020

The legacy for Japanese Prime Minister Abe Shinzo will be defined by how skilfully he navigates fluid geostrategic and geo-economic variables in the US-Japan-China triangle, at a time when regional order is fragmented and global governance is heavily contested. And of those points, China poses a particular challenge.

Since the establishment of the diplomatic relations in 1972, the international and domestic structures that initially framed China-Japan relationship have evolved considerably. One of the salient features in East Asia since the 1990s has been a rising China and a stagnating Japan. Consequently, a key fault line in China-Japan relations is their contending versions of regional order.

Post-war Japan, being an anchor of traditional hub-and-spokes San Francisco system of alliances, envisioned its role of a “stabilizer for the US led system”. China threat arguments in Japan vary from concern over regional hegemony to contested sovereignty with reference to remote islands.

Abe has a delicate challenge. He seeks to maximise security guarantees from Donald Trump on one hand, and optimise economic gains from Xi Jinping on the other.

Meanwhile, China has challenged Pax Americana. For the Chinese Communist Party, the US-led order is flawed since American liberalism is inclined to export values of democracy and human rights. Meanwhile, the alliance system is seen as an instrument for encirclement or containment of China. Beijing’s view of the US-Japan alliance has changed since the end of the Cold War, with assessments shifting from the alliance being seen to serve as an effective restraint on Tokyo’s remilitarisation in 1990s, to the observation that advanced US-Japan security cooperation compromises Beijing’s interest in 2000s.

With China’s challenge to American hegemony, Washington’s strategy involve Japan in helping the US to balance Beijing’s growing power. The US-Japan alliance – celebrated last month with the 60th anniversary of Mutual Cooperation and Security Treaty – constitutes the core of post-war Japan’s foreign and security policy, and Abe will continue to invest in it as the top priority. However, alliance management and hedging against US abandonment under Trump’s narrow “America First” attitude is testing Japan’s policy choices.

Tokyo’s strategic calculations are significantly shaped by policy debates on whether Trump, with his lack of a nuanced understanding of alliance politics, risks American retrenchment from the region.

Trump’s unpredictability has forced Abe to revisit Japan’s China policy, leading to a tactical detente and renormalisation efforts since 2017 – although not without some rifts among policy elites in Tokyo. Japan subsequently opted to rebrand its Free and Open Indo-Pacific (FOIP) strategy as a vision, adopting a relatively more cooperative approach – unlike the US – primarily due to reservations about taking a purely confrontational posture towards China with regard to economic and non-traditional security issues. Thus, Japan’s FOIP features “duality” in terms of being both a competitive and a cooperative strategy towards China. The aim is not to project FOIP as a divisive strategy, to allow Tokyo to garner more support from partners including ASEAN, Australia and India. But what is does show is a “China gap” between Tokyo and Washington regarding best way to manage Beijing.

Geo-economically, Japan also has concerns. As Brexit continues to unfold alongside Trump’s economic recalibration advocating protectionism over globalisation and multilateral trade frameworks, Abe assumed leadership in defending the international economic order. Tokyo worries the US-China trade war over global technological dominance may adversely affect intricate supply chains. He championed the cause of free trade, including pushing ahead with the Comprehensive and Progressive Agreement for Trans-Pacific Partnership (CPTTP) without the US, intensifying negotiations within the China-led Regional Comprehensive Economic Partnership (RCEP), and in concluding the Japan-European Union Economic Partnership Agreement. America’s transactional approach has pushed the business lobbies to strengthen China-Japan economic cooperation, with the resumption of High-level Economic Dialogue in 2018, following an eight-year hiatus.

Third country cooperation on infrastructure has also spurred a conversation on Japan’s posture towards China’s Belt and Road Initiative (BRI). Tokyo has started a cautious engagement with Beijing with the aim of shaping it as a responsible actor. To clarify Japan’s position on BRI, Abe has sought to emphasise the need to keep infrastructure open, transparent, economically viable and financially sound. In truth, Japan’s approach has not really changed – whereas before apprehensions over global governance standards were seen as deterrents to Tokyo’s engagement with Chinese projects, now Japan is employing the same set of variables as prerequisites for its participation in the BRI.

This evolution in China-Japan relations is influenced by tactical calculations and should not be misconstrued as fundamental shifts. Issues around contested sovereignty, history, and nationalism remain unresolved. Japan’s cooperation with China on projects in third countries will be contingent on Tokyo’s ability to find a way to support regional economic connectivity without compromising the present geopolitical architecture on which Japan’s security interests continue to rest.

Abe has a delicate challenge. He seeks to maximise security guarantees from Trump on one hand, and optimise economic gains from Xi Jinping on the other. Japan’s negotiating skills will be put to test around the renewal of the Host Nation Support/Special Measures Agreement, just as Trump campaigns for re-election. US base relocation debates will continue to test the alliance, along with defence procurement and issues related to interoperability, networking and integration of capabilities. Meanwhile, as much as Japan detests the idea of a Sino-centric regional order, it cannot afford to engage in a zero-sum game or decouple from China. Stakes are high as Japan keenly awaits the first state visit by Xi, expected in April and the first by a Chinese president since 2008.

This week's include also include the return of Telegram to Indonesia and wedding pix that went viral.
Nathan Attrill 14 Oct 2019 14:30

Corporations will never be vanguards for free speech in a new era of ideological competition with the People’s Republic.
Retno Maruti 18 Jul 2019 06:00