The rest of the world has a chance to help China learn from its mistakes and emerge stronger from this crisis. 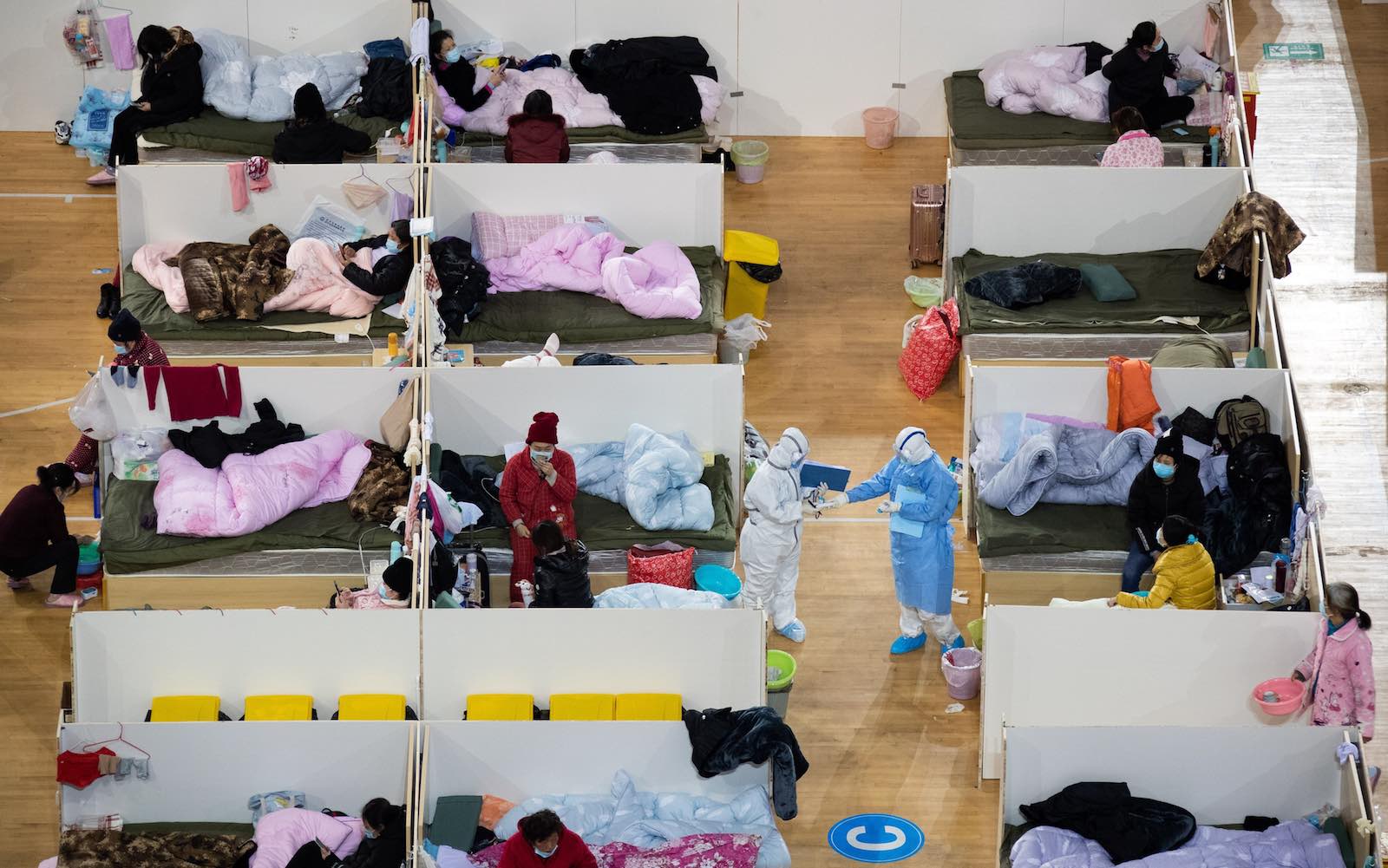 Patients with mild symptoms of the COVID-19 coronavirus in a temporary hospital at a sports stadium in Wuhan, China (STR via Getty Images)
Published 21 Feb 2020 10:30   0 Comments

The novel coronavirus viral strain COVID-19 has dominated weeks of headlines and led to extraordinary measures in an effort to quell its spread. The decision to quarantine Wuhan – the epicentre of the outbreak – still stands as the most significant emergency action, effectively isolating tens of millions of people. But the international response has hardly been less momentous, with dozens of countries essentially shutting their borders to any foreigners entering from mainland China, and the World Health Organisation declaring a global health emergency.

Having returned to Australia from Beijing last month, it has been noticeable how much the dramatic and at times fear-laced media coverage of the virus has in turn dominated dinner table conversations, with friends and family occasionally quoting distorted statistics and reports. Yet for all the misunderstanding and disturbing reports of prejudice against local Chinese communities, it is clear to me that the coronavirus outbreak will eventually have an upside.

None of this is intended to minimise the tragedy for those in Hubei province and elsewhere, with more than 2000 people so far succumbing to the virus. But nor is it wrong to say this epidemic will serve to improve many aspects of public health, not only in China, but internationally. The last thing that China’s President Xi Jinping and the Chinese government needs – especially during heightened political times – is to allow another international backlash against its approach to domestic health emergencies to stand unaddressed.

Dealt with effectively, the biggest benefit would be to China’s public health status. But in addition, China’s reputation would improve.

Beijing has undoubtedly learned from the mistakes it made 17 years ago during the SARS outbreak, another coronavirus with which COVID-19 shares a similar a genetic make-up. Officials were rightly sacked for negligence soon after the SARS episode, and in the following three years Chinese authorities announced investments of 25.7 billion RMB ($5.4 billion AUD) towards public health facilities for treating infectious diseases. It was a demonstration of the capacity within China and its authoritarian structure for mass labour mobilisation, as well as a swift and direct investment to sectors in need.

In response to the COVID-19 strain, the international health community as a collective has a chance to help China in reforming and reshaping its national health structure – a task China itself has already commenced. Given Beijing’s ambition to be a leading player internationally, the opportunity is there to direct China to adhere to the requirements established by international health organisations, especially in areas such as addressing poor rural healthcare systems, conditions in live animal markets, and public hygiene standards. All of these factors are suspected as having contributed to the outbreak of the coronavirus.

Dealt with effectively, the biggest benefit would be to China’s public health status. But in addition, China’s reputation would improve.

It remains too early to conclude whether local officials in Hubei province did enough to alert health authorities. The death of Dr Li Wenliang – who had sought to warn colleagues about the risk of the new viral strain – has become a high-profile example of where the system is seen to have failed. Multiple critics have point to a repeat of problems evident during the SARS epidemic. An entrenched impulse among Chinese government officials to withhold negative information significantly hampered Beijing’s ability to effectively publicise the 2003 outbreak – and may have done so again.

The international response to the novel virus also provides a measure of how global cooperation can be effective in combating such an outbreak. On 29 January, just five days after inspecting a patient with the virus, scientists at the Peter Doherty Institute for Infection and Immunity in Melbourne successfully grew the coronavirus in culture. The isolated virus serves as an important tool in detecting whether patients are infected before showing symptoms. The work has already been shared across the globe, a complement to frantic efforts to develop a vaccine.

This latest outbreak appears to have been brought to light and world attention much more effectively, suggesting Beijing has learned from previous mistakes. This learning curve may, in turn, lend to greater transparency towards other domestic issues in China which pose a grave risk to wellbeing.

There is no denying that the coronavirus outbreak is serious, or reason to downplay concerns. But building a 1,000-bed hospital in 10 days is a signal of taking the danger seriously, and hopefully also a capacity to bounce back – stronger – with new policies, networks and guidelines as a result of this crisis.

The author attends Peking University with partial funding from a Chinese Government Scholarship.