China’s influence as a Pacific donor

Beijing has taken steps to increase its influence in the island region at the same time as its aid levels decline. 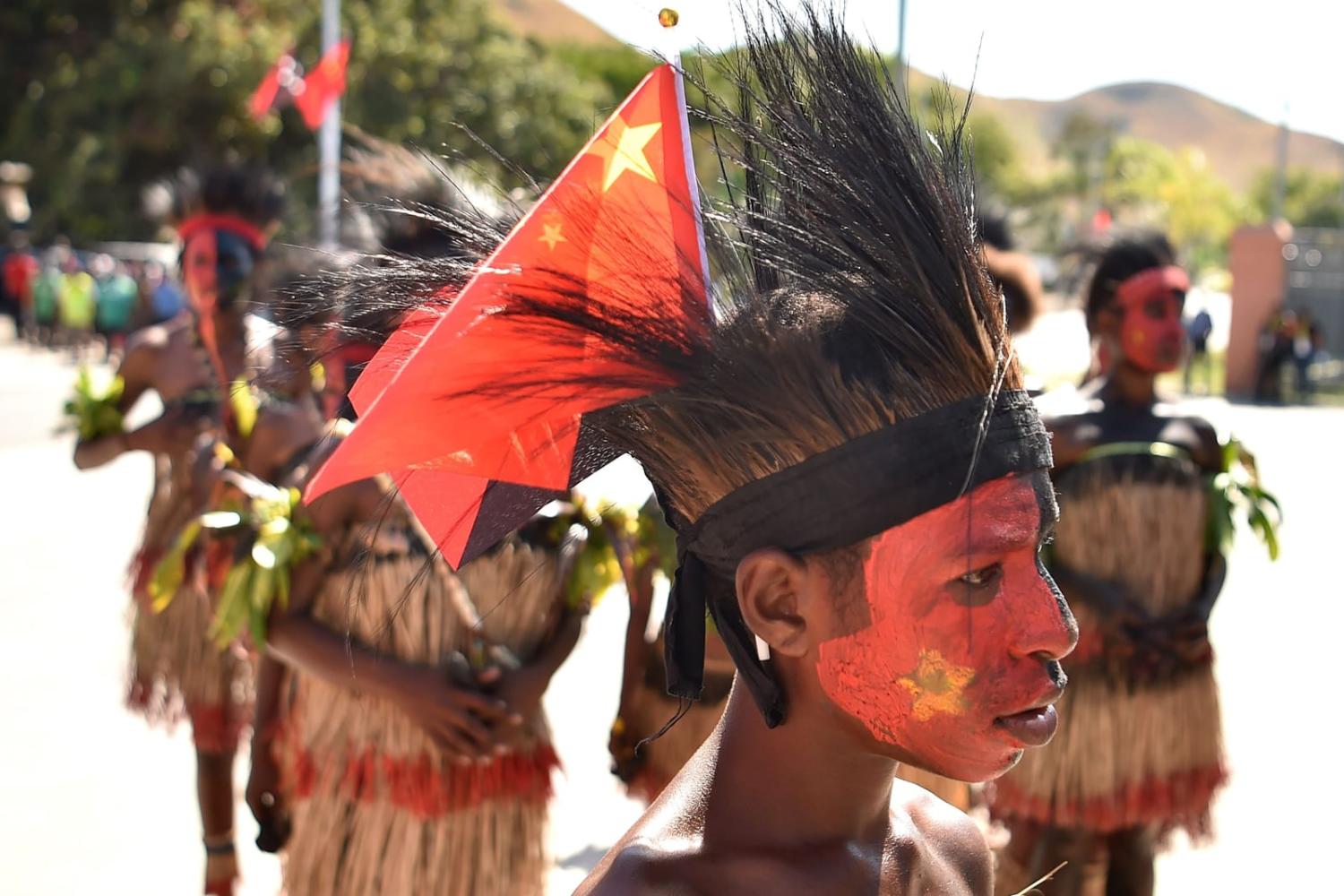 China is now a principal donor in the Pacific alongside traditional development partners. Demonstrating its aid commitment to the region, China recently mobilised its navy and air forces, embassies in Tonga and Fiji, and Chinese state-owned enterprises to deliver relief supplies to Tonga in the wake of a volcanic eruption and tsunami disaster that hit the country in January 2022. Chinese aid pledges to Solomon Islands are even more prominent. In addition to the US$53 million national sports stadium, other China-funded projects in progress include the National University dormitory complex (US$21.4 million), a comprehensive medical centre at the National Referral Hospital and 161 mobile phone towers (US$66 million).

According to the Chinese government, Beijing has funded more than 100 aid projects in the region, donated more than 200 batches of in-kind support, and trained about 10,000 local professionals since the 1970s. The 2022 Lowy Institute Pacific Aid Map provides more detail about Chinese aid in the region. For example, China provided a total of nearly US$3.148 billion to the Pacific between 2008 and 2020, including US$3.145 billion and US$2.7 million that were respectively channelled bilaterally and regionally.

Chinese provinces and cities are also looking for opportunities to enrich the bilateral relations between China and Pacific Islands.

A closer look at the Lowy Institute data, however, suggests that Chinese aid spending in the Pacific has fluctuated. Its bilateral aid and development finance to Pacific partner countries totalled US$204 million in 2008, peaked at US$334 million in 2016 and fell to US$188 million in 2020 even though this figure includes Chinese aid to two more Pacific countries – Solomon Islands and Kiribati, which abandoned Taiwan for China in 2019.

This trend of declining Chinese aid may continue for the near future, due in part to China’s slowing economy, which has been exacerbated by the Covid-19 pandemic, and the worsening relations between China and Western countries.

There are also challengers to Chinese aid from traditional donors and Pacific Islands. Countries such as the United States, Australia, New Zealand and the United Kingdom are ramping up their presence in the Pacific to counterbalance China’s influence. In Pacific Island countries, there are divided views on whether they should develop closer ties with China. Recent research finds that Pacific scholars, university students and non-government organisations have concerns about the debt risks, environmental impact and inadequate local benefits of Chinese aid projects. The majority of surveyed university students in Papua New Guinea and Fiji would oppose more Chinese aid to their countries if they became leaders in the future.

China has recently taken steps to increase its influence in the region. During his visit to the Pacific in May and June, Chinese Foreign Minister Wang Yi announced that his country will deepen cooperation with Pacific Islands via six new platforms: agriculture, climate action, poverty reduction, disaster preparedness, emergency supplies and mushroom grass (juncao) technology. This, compared with the funding of infrastructure projects, provides an opportunity for China to deliver less costly aid projects featuring technical transfer and knowledge sharing. It will also have the potential to increase Chinese aid contractors’ engagement with local communities and improve China’s image as a donor that is devoting attention to both elites and ordinary people in the Pacific.

Chinese provinces and cities are also looking for opportunities to enrich the bilateral relations between China and Pacific Islands. For example, Shandong and Fujian established sister province relations with the Western Province and Isabel Province in Solomon Islands in July 2021 and April 2022. In a similar move, Liaocheng (which hosts a Pacific Research Centre and the China–Pacific Cooperation Centre on Climate Change) and Qingdao in Shandong recently signed protocols with Vava‘u in Tonga and Tainainano in Kiribati to form sister city relations. In March 2022, Guizhou Province dispatched China’s first ever medical team to Solomon Islands. And in the same month, 80 students from the Islands set off for vocational and technical training in China as part of an education scholarship program for Pacific students with the Tianjin Municipality. In support of the central government’s official relations with the Pacific Islands, these Chinese local governments have also provided aid including machinery and Covid-related medical supplies to their Pacific counterparts. Their role in China’s diplomacy is expected to grow in the future.

China is also making efforts to tackle the aid transparency issue, which research suggests is damaging Beijing’s overseas image as a major donor. In January 2022, the China International Development Cooperation Agency (CIDCA) organised online training of Chinese companies and social organisations on the use of an aid reporting portal. However, it is likely that this portal was designed to facilitate domestic coordination between CIDCA and Chinese aid contractors. There are no signs that China will release more detailed aid data to the public at home or in other countries. As a result, speculations and suspicions about Chinese aid in the Pacific are expected to persist.

Geostrategic competition between China and traditional powers is escalating in the Pacific, as is the diplomatic tug-of-war between China and Taiwan. In this context, it’s little wonder that the Chinese government continues to provide substantial assistance to Pacific Island countries. So far, China has pledged 2500 government scholarships and 3000 short-term professional training slots to Pacific candidates between 2020 and 2025. The materialisation of these commitments and their impact on China–Pacific Islands relations deserves attention.

Previous Article
Overcoming suspicion: reconciliation for Australia and Bougainville
Next Article
By the numbers: Papua New Guinea and development funding

Australia finds itself at a Pacific crossroads

Australia should foster more sustainable relationships in the Pacific.
Euan Graham 15 May 2017 11:52

Abrupt swings in policy direction in Asia are detracting from already diminished stocks of US trust and credibility.
Jonathan Pryke 16 Aug 2017 16:17