Could a radical break with Asia be the cost of a growing dislocation of the political parties and the Australian public? 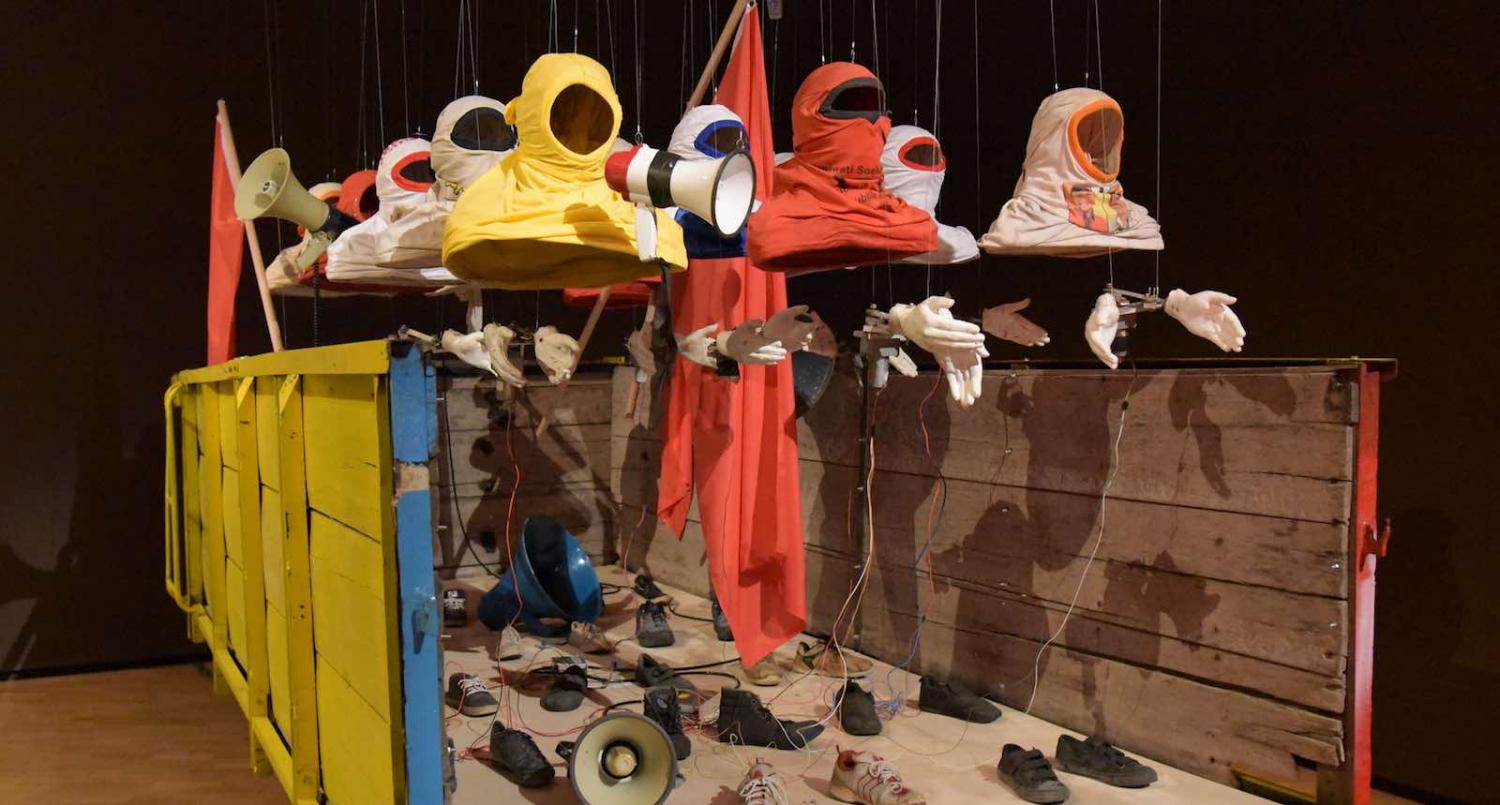 This is an edited and abridged transcript of the launch of Sam Roggeveen’s new Lowy Institute Paper Our Very Own Brexit, held last week at the National Gallery of Victoria in Melbourne with prominent social commentator and award-winning journalist George Megalogenis.

Normally, the Lowy Institute is externally focused with implications for Australia. But you’ve reversed the lens for this particular work. You’ve started looking locally and drawing international implications.

I think the best way to describe my approach is to think of an analogy. If I was talking about a book that I had written about, say, contemporary Egyptian politics, then you would probably hope that a book like that had something to say about the Muslim Brotherhood, the Sunni–Shia divide, or about Egypt’s relations with Israel or about America. So, in other words, a book about contemporary Egyptian politics which doesn’t look beyond the boundaries, the national boundaries of Egypt, is an incomplete one.

And yet it is striking to me how seldom we adopt that kind of approach when we look at Australian politics. But as an international affairs specialist, I thought, well, let’s start on the outside and then work our way in. And it seems to me when you do that, you come to actually quite different conclusions about the stability and what we can call the long-term viability of the two-party duopoly in Australia.

So in the first 110 years of Australia’s federation, there was a leadership spill for the governing party called on only three occasions. Only one of them led to a change in Prime Minister, which was Bob Hawke to Paul Keating in 1991. The others, Billy McMahon’s on John Gorton in 1971, was a tie and Gorton sacked himself, and in the third one, Malcolm Fraser and Andrew Peacock in 1982, Fraser was reaffirmed as prime minister.

From three spills in 110 years, we’ve had – I’ve lost count – six or eight in the last eight years, and four changes of Prime Minister. So something has obviously shifted in the conduct of party politics in the second decade of the 21st century. Tease out the whys and wherefores in Australia of what parallels you can draw from overseas.

So what’s shifted? This is the part where it helps to start from the outside in, starting from a perspective on politics in mature Western democracies and then work your way into Australia. I think the near-universal phenomenon is that the major centre-left and centre-right political parties in all those democracies are in decline, which is to say they’re losing members and they’re losing vote share.

Now, why has that happened? Well, I think the Australian case actually illustrates the point for the broader sample.

What’s happened in Australia is essentially that our economies and our societies have changed. The Labor Party was founded as the political wing of the union movement and today less than 15% of our workforce is unionised, less than 10% if you take out the public sector. So we’ve got a political party which is designed and was founded to represent a social and an economic base that no longer exists. You’d think, in circumstances like that, that the Liberal Party would thrive. And in a sense it has, because the Liberal Party has spent much more time in office in the post-war period, and in particular the last 20 years, than has Labor.

When these parties go backwards, when they go into decline, they become less stable. And in Australia, I think one of the symptoms of that is leadership churn.

And the title, Our Very Own Brexit. There’s a word missing ­– Trump is obviously not involved here. Why look at Brexit and not the US election in 2016? Why does Brexit have greater saliency for the Australian situation than, say, the American examples?

The evolution of our major political parties is really at the core of the argument. The analogy is easier to draw not just with Britain, but also with Europe, where there are also a lot of parliamentary systems. In the American system, presidential politics tend to be at the forefront and party affiliations are different, the dynamics work a little differently with regard to party politics.

In European politics, as much as here, a couple of generations ago, you voted the way your parents voted, and they voted the way their parents voted. And the party you voted for was tied to the class you belong to, the kind of job you had, or your parents had, the church you went to, and so on. All of those social connections to party politics have almost entirely disappeared. So voters are free to go where they want and what that means is that politically the big political parties are just far less stable and they’re far more vulnerable to shocks from their own backbenchers.

And that’s what happened in the United Kingdom. In 2010, the year David Cameron came to office, the polling firm Ipsos used to take a poll every month asking, what do you think the biggest challenge to Britain is today? And in October of 2010, the year David Cameron came to office, the grand total of the percentage that said that Brexit or that Europe was the most important challenge for Britain was 1%! Six years later, there’s a referendum and they decide to get out of the European Union.

Now, how the hell did that happen? You can’t explain it by the fact that the people revolted. There were no marches on the streets. Nobody was breaking windows. This was cooked up inside the Conservative Party. Previous prime ministers had the authority to be able to put down that Eurosceptic sentiment. Cameron couldn’t. And so they had to had to call this referendum.

Let’s get down to the detail on migration. How would this question ­– and we’re catastrophising here – you’re not saying it’s going to happen in the next election or the election after …

Walk me through the worst case. And which party could it come from?

The Brits broke away from Europe through Brexit. We can break away from Asia if we make a radical turn away from immigration. I argue in the book this could come from either party.

I’m very careful in the book to say this won’t be driven from the bottom up. There is not this kind of racist underbelly in Australia that a lot of, I think, critics on the left worry about, that there’s some kind of nascent, xenophobic, racist movement in Australia and if you scratch the surface of our tolerant selves, you’ll find a bunch of white supremacists. I think that’s mostly a fantasy.

Where the analogy lies is that one of the major parties become so unstable that it cooks up something like this out of desperation, that it basically takes a position to the election where it says “Australia is full”. And at that point, we are, in fact, deciding – if one side of politics says we continue with our high-immigration model and the other party says “no, Australia’s full” - at that point, we’re holding a de facto referendum on Australia’s place in Asia.

The reason I think this is a nice analogy with Brexit is that high immigration is a point of elite bipartisan consensus, just as the relations with the EU were in the UK. This was a point of elite consensus which was never tested really with the population. Both major parties in the UK took it for granted that Britain’s slow, halting but gradual enmeshment with Europe was a good thing.

And it seems to me because these parties became so disconnected from the public in the way that I just described earlier, they fail to recognise that the public had not bought into this sentiment. Now, it’s not that the public was against it necessarily. They just they just haven’t paid any attention to it. And they certainly weren’t invested in it the way that the political class was in in the UK. So when they did eventually make the mistake of asking, the British people came back with the “wrong” answer.

The full audio from this event is available here.

By weakening encryption - by requiring encryption providers to afford backdoors to governments - we open the way to criminality.
Greg Earl 21 Nov 2019 13:00

The UAE earned goodwill for a deal with Israel, but the US is still struggling to win backers for its hard line on Iran.