Covid forces Singapore to confront conditions for its migrant workers

Infections have seen several crowded dormitories locked down and put a spotlight on the treatment of city’s builders. 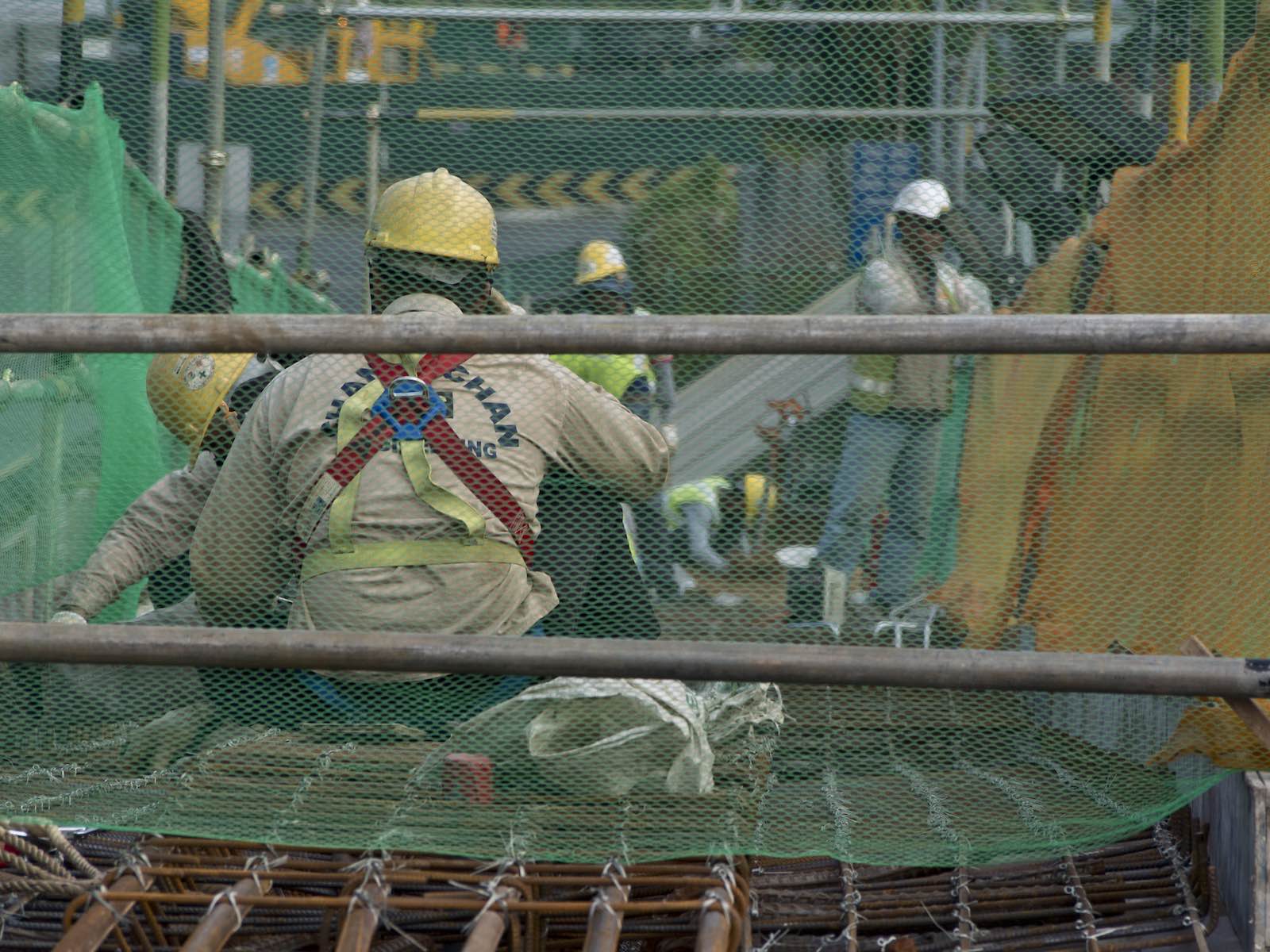 In 2015, a small group of migrant workers gave me a tour of their home, a former factory building that had been retrofitted to house construction workers from Bangladesh. About 130 men lived in the building, with up to 18 or 19 men in a large room. They slept in bunks, using clothes and towels to create screens for their beds for privacy.

“This is a nice dormitory,” they told me repeatedly. They were very satisfied with their accommodation, which even had air-conditioning. Many other migrant workers in Singapore, they reminded me, were not as lucky as them.

It is this experience that keeps coming to mind these days, as Singapore grapples with the fact that Covid-19 clusters have developed in large migrant worker dormitories. Despite the men’s praise, I’d still privately thought that their living quarters were a little too close for comfort. Even though the room was big, having to reduce a life and one’s personal space to the confines of a single bunk was something that I, and I suspect most Singaporeans, indeed many people in similarly affluent nations, would find difficult to accept.

And if this was “the nice dormitory”, what about the “not nice” ones?

Long before the first coronavirus cluster emerged in a dormitory, migrant rights groups in Singapore like Transient Workers Count Too (TWC2) and the Humanitarian Organisation for Migration Economics (HOME) were already highlighting issues with overcrowded, unsanitary, and otherwise substandard living conditions. As HOME’s operations manager Luke Tan told me: “In terms of social humanitarian reasons, we already mentioned something like this [a virus outbreak] is like a disaster waiting to happen.”

The disaster is now here. On 5 April, the Singapore government announced that it had gazetted two dormitories as “isolation areas” after large clusters had been identified (98 confirmed cases at the S11 Dormitory @ Punggol, and 34 at the Westlite Toh Guan dormitory). A third dormitory nearby with 18 cases has since also been gazetted as an isolation area. What this means is that at least 20,000 or so men – 13,000 at S11 and 6,800 at Westlite, plus an unknown number at the third site, Toh Guan Dormitory – are now confined to their rooms for 14 days. The figures appear staggering.

Minister for National Development Lawrence Wong, who co-chairs the task force dealing with the virus outbreak, has also said that all migrant workers will have to remain within their dormitories as Singapore begins its “circuit breaker” measures – a semi-lockdown period during which all schools and non-essential workplaces will be closed until early May. All in all, about 200,000 migrant men, spread across 43 dormitories, will be affected by these restrictions.

This turn of events has directed the public’s attention to the state of migrant worker accommodation in Singapore. The morning after the gazetting of the two dorms, local broadsheet The Straits Times ran a story in which residents of the S11 Dormitory @ Punggol complained of horrifying conditions, including cockroach infestations and overflowing toilets, with 12 beds in each room. While a resident at Westlite Toh Guan told me that their living quarters were in far better condition, the men are still living in housing units of 10 each. Unable to spend much time outside their rooms, for these men, their dormitories have become prisons.

Particularly in a country as tiny as Singapore, no one is safe until everyone is.

This is a dreadful situation that should prompt Singapore to rethink its attitude towards and treatment of migrant workers. These men, coming mainly from countries such as Bangladesh, India, and China, work in local construction sites, shipyards, and petrochemical refineries. They’ve built homes, schools, malls … even hospitals that are now crucial in the fight against a pandemic.

For years Singapore has treated these workers as separate from the local community. Seen as “transient workers” with no right to permanent residency no matter how long they live and work in this country, they are segregated from the rest of Singapore’s resident population: housed separately, paid less, and policed as potential threats to public order. This doesn’t just come from the government, either, but from Singaporeans who have complained against dormitories built too close to their neighbourhoods, or perpetuated racist stereotypes that characterise migrant men as untrustworthy predators.

With no respect for nationality, class, or residency status, Covid-19 has shone a light on the hollowness of this segregation. Everyone can be at risk of being infected, but marginalised communities like the low-wage migrant worker population are now the ones being made to pay the heaviest price. Yet their well-being is tied in with the rest of the population – particularly in a country as tiny as Singapore, no one is safe until everyone is.

In a response to public criticism of living conditions for migrant workers, Minister for Manpower Josephine Teo on Monday night promised that more would be done to address living standards in dormitories. Pointing out the enormity of the task ahead of her ministry in dealing with the situation, she made a commitment that things would be different:

Let us cross this important hurdle during this “circuit breaker”, and then we can deal with this issue in a dedicated way. You have my word.

Migrant rights groups and Singaporeans will have to hold her to that promise. If everyone had listened to activists’ warnings about overcrowding and sanitation over the past few years, thousands of workers might not have been placed in such vulnerable situations. This is a mistake that must be learned from, lest it be repeated again.