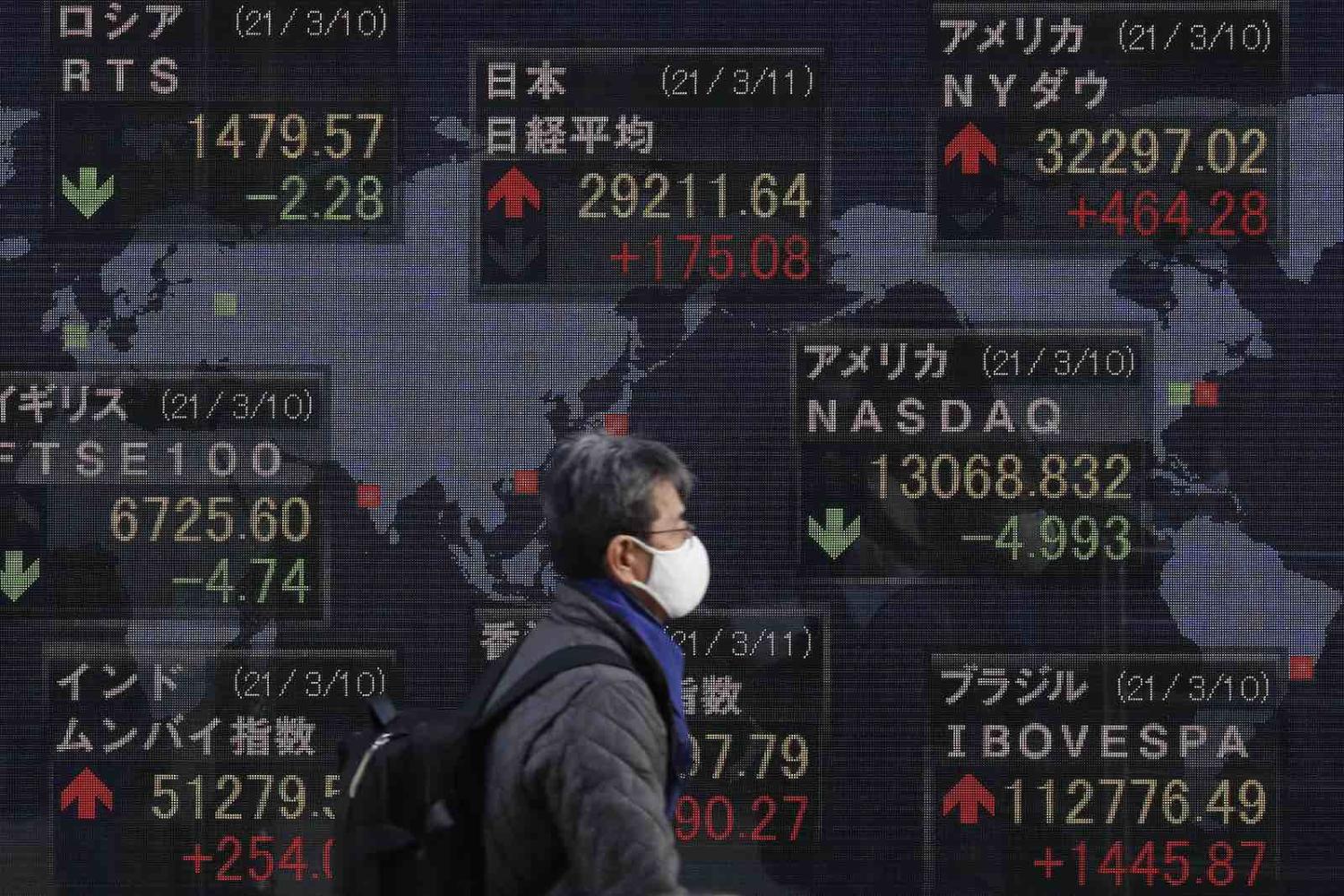 In much of the world, Covid-19 infections continue apace, but the global economy is rapidly recovering from last year’s slump. World trade volumes and industrial production were both higher in January than they have ever been, according to data collected by the Netherlands central bank. Releasing its latest world economic outlook 6 April, the International Monetary Fund once again upped its forecasts for global growth, including nearly doubling its forecasts for US growth this year to a hefty 6.4%. On IMF numbers, global output will this year comfortably exceed the level reached before the pandemic. Vaccines will soon arrest the disease; the economic loss is already slipping behind us.

Australia is a case in point. A year ago, treasury officials feared that output would fall by a fifth, recommending a proportionately vigorous response. By the first quarter of this year, output was probably higher than it has ever been. In February, employment returned to the pre-pandemic level.

As the IMF points out, on its forecasts global output in 2024 will likely be 3% less than it would have been on pre-pandemic forecasts. But there has so far been no major financial collapse, which typically make recessions much longer and more severe. The 2008 financial crisis was just such a recession. The IMF calculates that the lasting impact of that downturn was three times bigger than the expected output loss from the pandemic.

Though its demise was often predicted, globalisation robustly survived the pandemic.

With the global economy well on the way to recovery, it is time to draw some lessons from the most severe global health crisis and one of the swiftest declines in global economic activity most of us have ever known. In my new Lowy Institute Paper Reconstruction, published by Penguin, I look at where we were before the pandemic, what happened during it, where we are now and where we are going. Here are some of my conclusions.

A year ago, it was commonly predicted that economic globalisation, already said to be under strain, would be badly wounded by the pandemic. China for a while stopped the export of surgical masks, Europe and the US (and Australia) checked the export of respirators, and critical attention was suddenly focused on global supply chains in drug production. International travel collapsed, as did international trade.

It is true that with the cessation of tourism and most cross-border business and education travel, trade in services is still well down on earlier levels. It’s true also that global cross-border investment is also down, and that in the first six months of 2020, cross-border trade in goods plummeted even faster than global output. But global trade in goods is now booming. By the beginning of this year, the three-month average of world merchandise trade volumes had already exceeded the highest ever recorded – surely a strong signal that economic globalisation continues. The IMF expects world trade growth to be much faster over this year than world output growth. Despite fears to the contrary, through 2020 there were few trade barriers raised except for certain classes of medical supplies – and those were usually temporary. Each year and on average, countries notify 40 trade disputes to the World Trade Organisation. Last year, the WTO was notified of just five. Though its demise was often predicted, globalisation robustly survived the pandemic.

Before the pandemic, it was commonly said that the US and China were economically decoupling, a trend likely to be accelerated by the pandemic. During 2020, then–US President Donald Trump blamed China for the disease, threatening it would pay a price. In the event, there is very little evidence of decoupling between the US and China. Responding to the January 2020 bilateral trade agreement, US exports to China rose 16% last year. China’s exports to the US were a little down, but it made up for this with big gains elsewhere. No major US corporation operating in China announced it was leaving. The US did impose additional restrictions on Chinese technology businesses during 2020, hitting Huawei hard. Otherwise, the trade relationship was less troubled than in the first three years of the Trump administration.

Nor has the rest of the world decoupled from China. It was the only major economy to record an output increase over 2020. Its trade with the rest of the world increased, as did industrial production. Overall, China’s exports were up 3.6% last year, compared to a 10% fall in world trade. Globally, foreign direct investment inflows fell. To China, foreign direct investment inflow rose 4%. In 2020, China displaced the US as the world’s biggest recipient of FDI.

If the global recovery has been a good deal faster and stronger than expected, there are two lingering problems that will influence domestic and international politics over the rest of the decade.

The conflict between lower unemployment and controlling government debt will be the political and policy battleground for the remainder of the decade.

Australia presents another example. By February, the number of jobs had returned to the pre-pandemic level, but the number of unemployed was still 110,000 higher than it had been in February 2020. With perhaps another 100,000 jobs at risk from the recent closing of the JobKeeper subsidy, Australia might need another 200,000 jobs just to get back the pre-pandemic unemployment level of 5.2%. Achieving the new Reserve Bank target of 4.5% unemployment would need another 100,000 jobs, for a total shortfall that could be as high as 300,000. Meanwhile, new young jobseekers are entering the workforce. Achieving the target will take not just a continuing strong recovery but also years of growth at a pace markedly exceeding the pace of the decade prior to the pandemic.

Then there is government debt. Already high as a result of the 2008 crisis, government debt was boosted by the $14 trillion in deficit spending governments deployed to meet the emergency of the pandemic. Government debt has now passed 100% of world GDP, with most of it issued by rich economies. In principle, debt will fall as a share of GDP in coming years so long as the growth of debt, which is the government’s annual deficit, is a little less than the rate of growth of output plus inflation, or “nominal GDP”. That is much easier to achieve if government bond rates remain well below the rate of growth of nominal GDP, as they are today and will likely remain for a considerable time to come. Even so, the rate of growth of deficits must be restrained to curb the growth of debt, which limits the ability of governments to use increased deficits to stimulate the growth of output. Monetary policy, meanwhile, is fully extended. Interest rates are as low as they can sensibly go, and in most advanced economies (including Australia), central banks are now helping out by buying a big share of newly issued government debt. In most advanced economies, Australia included, the conflict between lower unemployment and controlling government debt will be the political and policy battleground for the remainder of the decade.

Previous Article
Obstacles and opportunities in Vietnam-Australia ties
Next Article
The Quad (finally) delivers: Can it be sustained?

Australia-India relations: Poised for take off

Amid increasing concerns about China and the US, Australia's relations with India have the potential to assume greater prominence.
Shivangi Seth 14 Jun 2022 11:53

Sending women to serve as peacekeepers is laudable. But at home, women continue to be marginalised.
Sam Roggeveen 14 Apr 2017 10:07

Posting will be slow until Tuesday, when normal service resumes!