Covid-19 is not the cruise industry’s only woe. Will America’s love affair with sea voyaging be able to turn the tide? 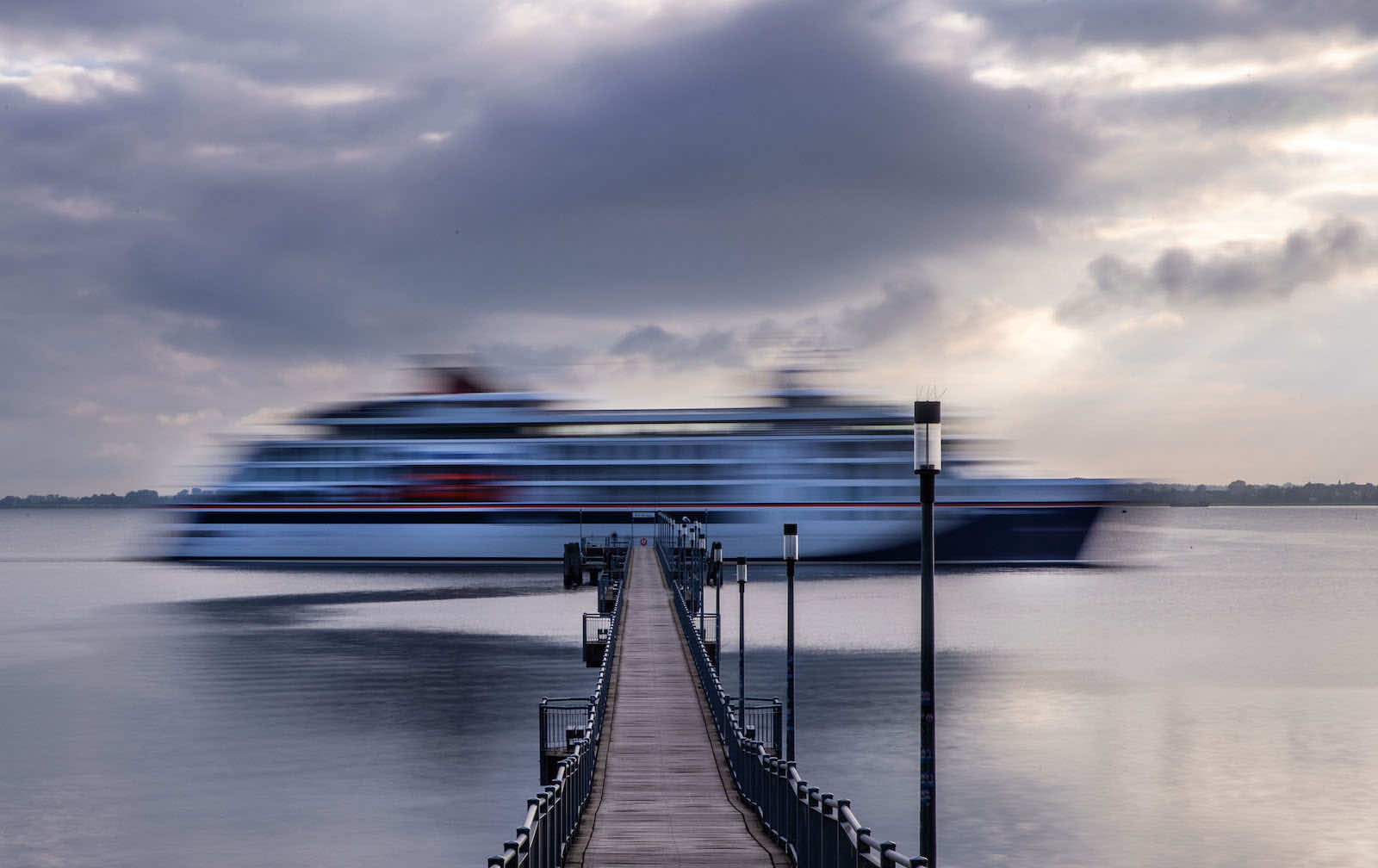 For the cruise industry, 2020 exposed a business model that had sailed to riches on the currents of modern globalisation (Jens Büttner/picture alliance via Getty Images)
Published 4 Aug 2021 13:00   0 Comments       Follow @nnsavvides

Cruise ships became an unhappy herald of global distress in the first weeks of the pandemic. The virus leapt from deck to deck in the close quarters of these huge floating palaces. Ship owners scrambled. Where once cheerful and cashed-up tourists had been welcomed by their thousands, vessels were abruptly barred from port. Only the challenge compounded. Stranded passengers had to be returned home.

For the cruise industry, 2020 exposed a business model that had sailed to riches on the currents of modern globalisation. First and hardest hit, much like the airline industry, its major “cargo” is people rather than goods. Ships that once made major contributions of local economies transiting the islands of the Pacific, bumping along the Mediterranean coastline, weaving through Asia or up and down Africa, North and South America – anywhere waters could carry them – were “warehoused” in great marooned fleets off the Philippines and elsewhere.

In 2019 cruising attracted nearly 30 million passengers. Yet estimates since the resumption of cruising in late 2020 report only 600,000 passengers have braved the decks.

According to the Cruise Lines International Association (CLIA), as business ground to a halt over the course of six months in early 2020, it was estimated that 2500 jobs were lost every day in a sector that previously would have generated US$50 billion in wages and supported 1.17 million employees in the same period.

Many vessel owners found themselves orphaned as the pandemic struck. With ships registered under flags of convenience and companies incorporated in countries such as Liberia or Panama, crewed by multinational labour, fearful governments only felt obliged to the fate of their own citizens. The companies, with their millions of dollars in capital investments, could fend for themselves, leaving a hazy horizon into which the cruise industry sails.

But the CLIA estimates that by September 2021, around 57 per cent of the industry will be back in operation, rising to 77 per cent by the end of December. With new rules in place on passenger numbers, social distancing and public health measures, as well as inevitable outbreaks, the numbers will take time to recover. Still, the optimism is nonetheless striking.

And massive investments already made are a powerful incentive to salvage the industry. Prior to the pandemic, cruise lines are said to have invested almost US$24 billion in new greener vessels. In 2020, the maritime industry was supposed to see the ramping up of clean shipping – which included a shift from the nearly three per cent of global carbon emissions that shipping currently produces, to a 40 per cent reduction on 2008 carbon intensity levels by 2030.

The ambition will be tempered. Most vessels would have been ordered well before any fears of a global health crisis emerged. They were designed for pre-pandemic conditions. With the Covid outbreak and subsequent decline in passenger numbers that would ordinarily absorb the heavy investments by cruise lines, the ship operators will inevitably have to carry the costs or increase ticket prices, reducing the industry from a mass market tourist attraction to more of a niche player.

To give a sense of the shuddering cost, in 2019 cruising attracted nearly 30 million passengers. Yet CLIA estimates that since the resumption of cruising in late 2020, only 600,000 passengers have braved the decks, mostly from the United States, Singapore, the Caribbean and Europe – regions that traditionally have had the most enthusiastic cruise customers.

And not everyone is happy to see the cruise liners haul into view. In Barcelona, for example, a city long troubled by concern over tourist traps, local protests greeted the lifting of a ban on cruisers in June that had been in place since coronavirus struck. Similar protests took place in Venice.

Adding to the extra costs will be the price of operating on greener fuels as the maritime industry as a whole makes the transition to zero carbon and carbon neutral energy by 2050.

In the United States, home to the world’s most lucrative cruise market, President Joe Biden’s US$1.9 trillion Covid relief stimulus package may be the cruise lines’ major source of hope. US economic research indicates that Americans were spending up to 42 per cent of their stimulus cheques.

Nevertheless, even the flush US consumer may not be able to save the cruise industry from the aggressive new regulations that are expected to be implemented in Europe, which in turn will add pressure on the global maritime regulator, the International Maritime Organisation (IMO), to follow suit.

A growing and vociferous environmental lobby has focused on the effects of cruising on the marine environment.

In the latest raft of regulations from the IMO, existing vessels will need to meet new rules on operational emissions, with the carbon intensity of international shipping to be reduced by 40 per cent in the next decade. These measures are due to be enforced from 2023. Effectively, tomorrow in shipping terms. However, the IMO has come under fire for its lack of ambition, not least from some of the early movers looking to shift to greener fuels, who fear they will be at a competitive disadvantage.

Moreover, the European Union has included the maritime sector in its Emissions Trading Scheme for the first time and the expectation is that this will be enforced from 2023, adding yet more costs for operators.

A criticism aimed at both the IMO and EU regulators is that the new rules will allow the shipping industry to continue to pollute through a lack of controls over the use of liquefied natural gas (LNG). According to CLIA, some 51 per cent of cruise ships currently on order will be fuelled by LNG, which is considered less polluting than diesel as it produces fewer particulates and sulphur and nitrous oxide emissions

However, environmental organisations have expressed alarm that methane, which can be a residual element of the exhaust gases, as well as methane leakage in the mining and transportation processes, could see rising levels of methane deposited into the atmosphere. And methane is around 80 times more potent as a greenhouse gas than carbon dioxide, although it remains in the atmosphere for less time.

Armed with this knowledge and the growing pressure on the maritime industry – and the cruise industry in particular – most observers expect further, more stringent, measures to be applied to the shipping industry in the next few years, with regulators targeting LNG as a fuel well before the end of this decade.

In addition, there is a growing and vociferous environmental lobby that has focused on the effects of cruising on the marine environment – from problems caused by invasive species carried in the ballast water tanks of larger ships, to the detrimental effects of large-diameter propellers on local ecosystems. A recent example includes the alleged damage to the coral reef around the Mexican island of Cozumel.

The cruise industry has altered dramatically since early 2020, and the changes so far are only the early moves in a protracted transition. Expectations of consolidation in an industry where there are few players are not far-fetched. Reduced demand and substantially inflated prices will play into this scenario. The question for cruise companies is how much of a burden the transition to climate-friendly fuels will be.

Meanwhile, those who were employed in the cruise industry prior to the Covid pandemic are finding jobs hard to come by, particularly those who worked in the vessels’ hotel sections.

If shipping is to make the transition to greener technology, that too may limit employment opportunities, with a decrease in demand for new vessels impacting cruise ship building, which is centred mainly in European yards, in Finland, Italy and France, with smaller vessels built in Norway.

It is the acute and urgent changes to the economic ecosystem of the cruise business that will mean, by 2030, cruising will be unrecognisable from the industry that set sail at the start of the decade.

Show Comments
Previous Article
Preparing Australia to respond to disasters – at home and abroad
Next Article
“I am a Taiwanese”: Eastern Europeans see a Cold War in East Asia