“I am a Taiwanese”: Eastern Europeans see a Cold War in East Asia

Memories of life under authoritarianism forge ties between Taiwan and a growing number of Eastern European states. 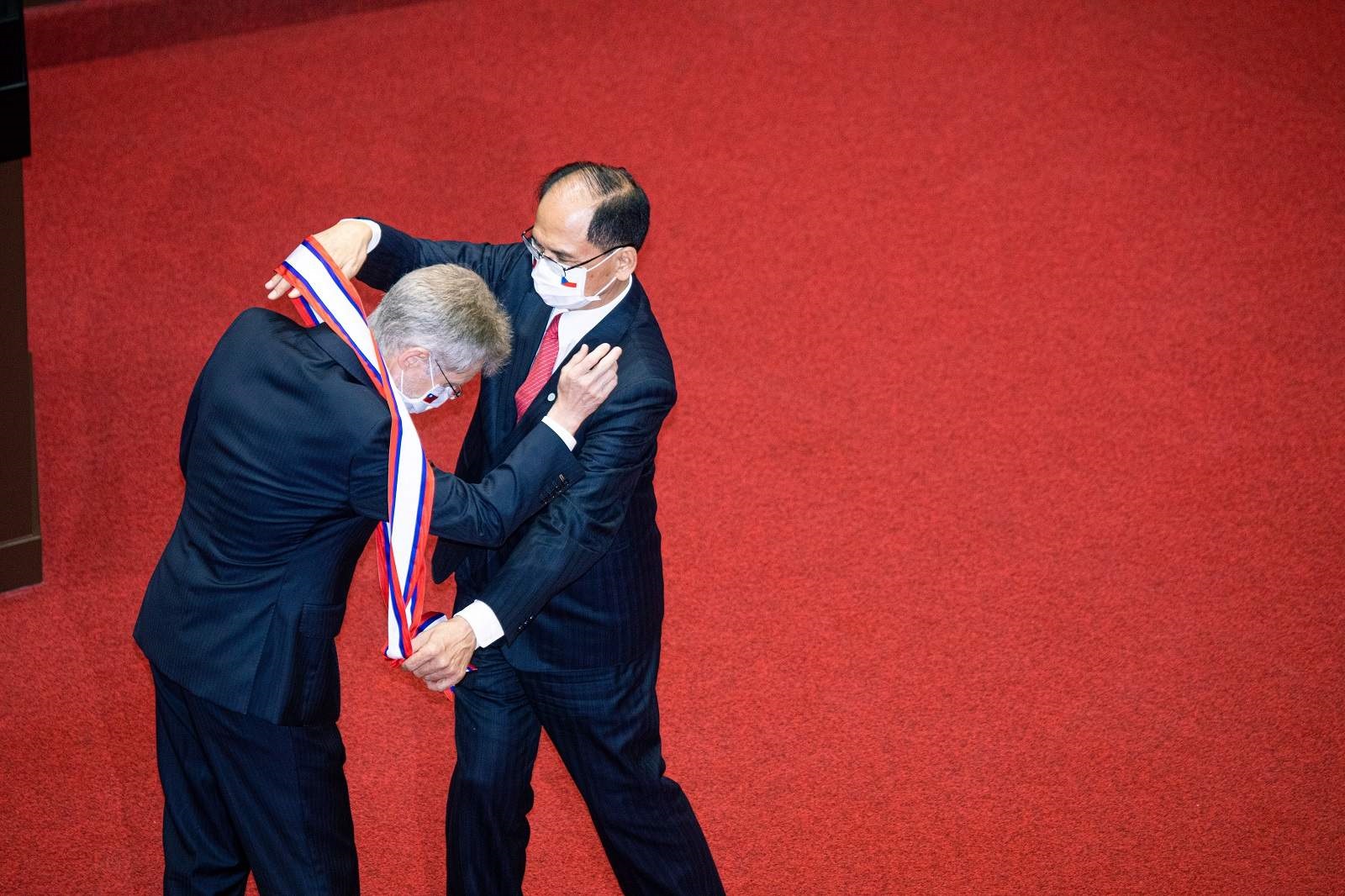 The visit of Czech Senate President Miloš Vystrčil (L) to Taipei in September 2020, against the wishes of his president, caused Beijing to announce that he would pay a “heavy price” (Annabelle Chih/SOPA Images/LightRocket via Getty Images)
Published 5 Aug 2021 07:00   0 Comments

The politics of the Baltic states do not often create much of a stir in East Asia. That changed in October last year when the prime minister-elect of Lithuania, Ingrida Šimonytė, proclaimed shortly after her victory that the new ruling coalition would support those who “fight for freedom” in Taiwan. If such statements ruffled feathers in Beijing at the time, more recent actions have upped the ante.

Taiwan was an early leader in the fight to control Covid-19, taking immediate precautions and signalling to the World Health Organisation (WHO) – a body to which China has blocked Taiwan’s admission – that China was not being open about the virus’ transmissibility. Rapid and strict quarantines in Taiwan produced a Covid-free island for more than a year, but an outbreak in May this year has made vaccination an urgent priority after its rollout had been slower than elsewhere in East Asia. According to the Taiwanese government, this is partly because Chinese interference stymied the island’s efforts to acquire vaccines.

The gift of 20,000 AstraZeneca vaccines from Lithuania, announced in June, was thus an important diplomatic move, undoubtedly made in gratitude for a Taiwanese gift of face masks early in the pandemic. Ordinary Taiwanese people, who understandably feel isolated from international diplomacy and organisations, responded with an outpouring of messages of solidarity and friendship as well as substantial charitable giving. One children’s cancer organisation in Lithuania received US$50,000 in June, compared to its average of US$300 per month, and a Taiwanese snack company is preparing to send 21,600 boxes of puffs emblazoned with Taiwanese and Lithuanian flags and messages of thanks.

Taipei and Vilnius signalled even closer ties in July, further angering China, by announcing new de facto embassies in each other’s countries. To add insult to injury, rather than the usual hedging names Taiwanese diplomatic missions must adopt due to pressure from Beijing, this office will be called the “Taiwan Office” – a first in Europe.

Besides Lithuania’s warm embrace of Taiwan, it is also moving to recognise the repression of Uighurs in Xinjiang as genocide and has left the 17+1 cooperation between China and Central and Eastern Europe, with the foreign minister declaring that it had brought “almost no benefits”. In some ways, it is difficult for China to parry the value-based claims of small Eastern European states, since they are not vulnerable to accusations of colonial or imperial histories, which are the retorts that Beijing often employs to great effect when criticised by Western Europe, North America or Australia. And there are other signs of wariness in the Baltic states, not least due to the conviction of an Estonian state scientist on charges of spying for China.

For many Lithuanians, the struggle against authoritarianism is close to home, not least as their government has been one of the few in Europe to actively support opponents of the authoritarian government of Alexander Lukashenko in neighbouring Belarus. There is also a collective memory of the Cold War, constantly refreshed by Lukashenko and Vladimir Putin. Thus, when Lithuanian Foreign Minister Gabrielius Landsbergis commented that “Freedom-loving people should look out for each other”, and his Taiwanese counterpart Joseph Wu avers that “Taiwan and Lithuania are both at the strategic forefront of defending democratic institutions”, they are invoking Lithuania’s Soviet history, when the country was occupied and incorporated between the Second World War and 1989.

Once in Taipei, Vystrčil invoked John F. Kennedy’s famous Berlin speech, declaring to Taiwan’s parliament “I am a Taiwanese.”

The moves by the new Lithuanian government are part of an ongoing interest by Eastern European politicians in Taiwan’s precarious situation. In September 2020, despite the opposition of his president, the head of the Czech Republic’s Senate Miloš Vystrčil made a high-profile visit to Taipei. The trip had been planned by his predecessor Jaroslav Kubera, who died before being able to undertake it, his family claiming that stress from the threats by the Chinese embassy had contributed to his sudden death. Vystrčil’s visit, too, caused the Chinese Foreign Minister Wang Yi to announce that the Czech senate president would pay a “heavy price” – startlingly undiplomatic language that prompted a rebuke from the Slovak president and messages in support of Vystrčil from the foreign ministers of France and Germany. Czech journalists subsequently reported on efforts to discredit Vystrčil through concerted misinformation that claimed Taiwan had bribed him to visit.

As the analogies between the present geopolitical situation and the old Cold War are broadly disseminated and critiqued, it is worth remembering that many in the small states of Eastern Europe have a recent memory of living next to and under the control of – or, like the Baltic states, unwillingly within – an authoritarian superpower. Once in Taipei, Vystrčil invoked John F. Kennedy’s famous Berlin speech, declaring to Taiwan’s parliament “I am a Taiwanese.” Perhaps more than any other moment, that speech shows how the Eastern European countries that threw off Soviet domination only a generation ago are liable to see Taiwan’s geopolitical position in those Cold War terms. Along with Slovakia, the Czech Republic also recently made vaccine donations, with Taiwanese President Tsai Ing-wen hailing the gift as showing Taipei and Prague to be “firm partners on the path to freedom and democracy”. It seems that more than a few politicians in Eastern Europe feel a fraternity with small democracies in precarious geopolitical situations.