Confused by regional dynamics? Look to the constants. 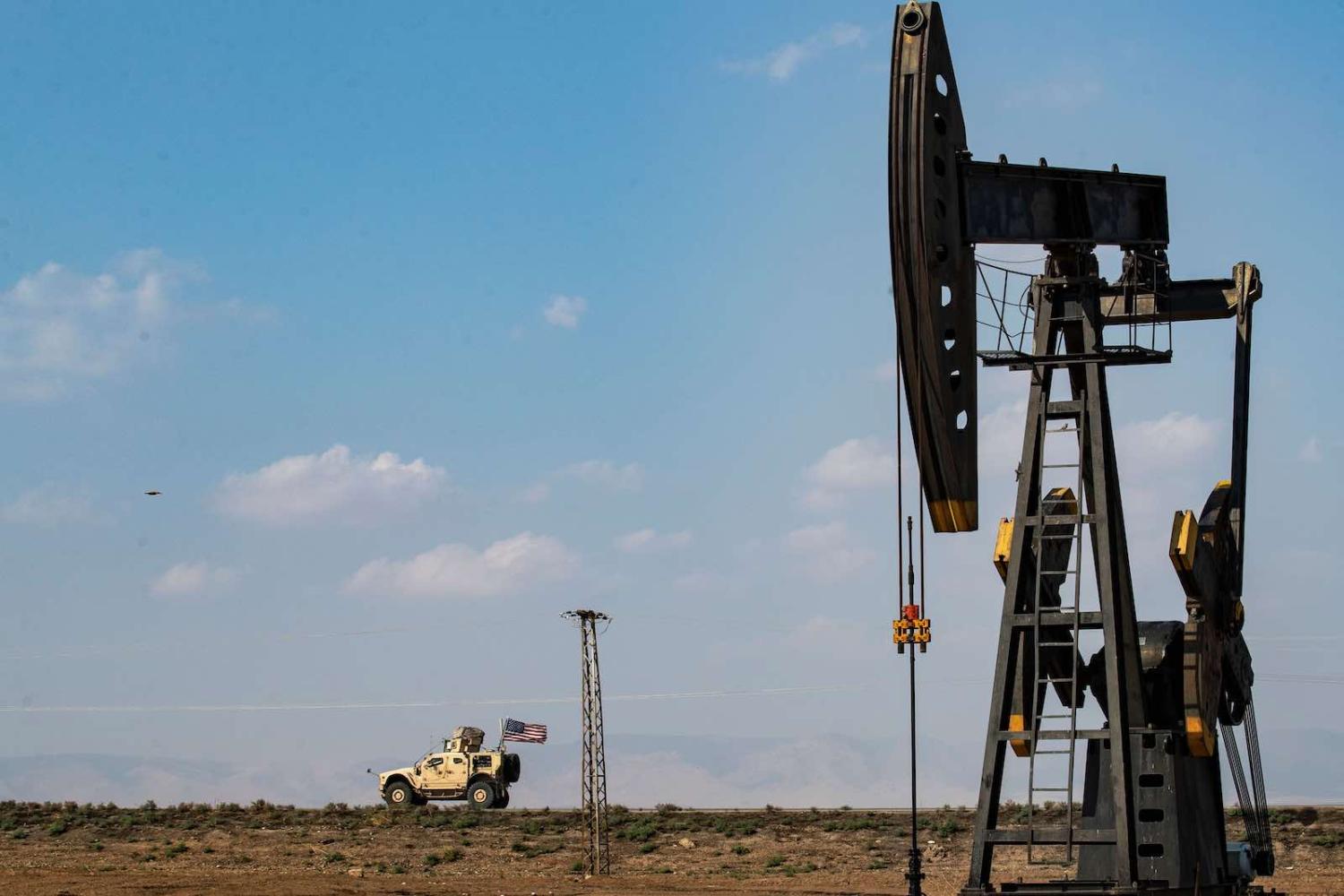 When Trump redeployed some US troops to Syrian oilfields in October, it was ostensibly to prevent these fields from falling into Islamic State hands. But some believed it was to deny access to the Assad regime (Delil Souleiman/AFP via Getty Images)
Published 6 Aug 2020     Follow @RodgerShanahan

Despite US President Donald Trump’s claim that the United States no longer needed Middle East oil following the attacks on the Abqaiq production facilities in Saudi Arabia in September last year, the fact is oil from the region does remain important to the US, not only for its own use, but also as a price determinant for the sheer volume it produces domestically.

Washington’s historical reliance on Middle Eastern oil has been a force posture determinant and a key driver of military action. So it takes little to convince many people inside (and outside) the region that US military actions are only ever about the oil. This is, of course, not always true, and many of the claims about Washington’s intent are pretty wild. But recent actions by Washington in Syria are giving the conspiracy theorists plenty of ammunition.

The US military presence in north-eastern Syria was a consequence of the need to militarily defeat Islamic State and to offer support for the Kurdish-dominated Syrian Democratic Forces (SDF) as their partner force. The continued US presence after the defeat of Islamic State at Baghouz was then about maintaining the pressure on scattered remnants of the terrorist group, as well as a bargaining chip to extract whatever political concessions Washington could from the Syrian government, whether for Washington’s Kurdish allies or to restrict relations between Damascus and Tehran in Syria.

Trump himself mused about using the oil fields to fund US operations in Syria, yet it was largely dismissed as another of his stream-of-consciousness utterings.

But when Trump ordered the withdrawal of US troops from Syria in October, only to then redeploy some of them to the Syrian oilfields, it was ostensibly to prevent these fields from falling into Islamic State hands. But others believed it was to deny access to the regime of Bashar al-Assad, while Trump himself mused about using the fields to fund US operations in Syria. The legal, practical and ethical problems of such a proposal meant that it was largely dismissed as another of Trump’s stream-of-consciousness utterings.

Yet this past week, US company Delta Crescent Energy reportedly signed a deal with the Autonomous Administration of Northeast Syria to market oil and to develop and modernise existing fields in Syria’s north-east. Secretary of State Pompeo has indicated that the US government is okay with this, while Syria has accused Washington of stealing Syrian oil, a view supported by media in Iran. The Kurdish-led administration in north-eastern Syria, meanwhile, allegedly claims that no deal has yet been signed.

Syria’s oil reserves are small by regional standards, albeit essential for Damascus’ economic survival. But across in Libya, which holds the world’s ninth-largest reserves, an equally confusing internal conflict is pitting Turkey and its supporters for the UN-recognised western Libyan government against the eastern Libyan forces under General Khalifa Haftar, backed by Russia, France and the United Arab Emirates. Each of these backers is there to advance their own geopolitical aims and/or to blunt the other side. But access to the country’s oil is certainly one of the strong policy determinants. The militarisation of oil assets continues to be a key feature of the campaign.

Like autocratic rulers in the Middle East, oil isn’t in short supply – but unlike the former, oil never goes out of fashion.

Previous Article
The invisible during the pandemic
Next Article
For all Marape’s achievements in PNG, the biggest challenges await

Mattis said Trump deserves a defense secretary “whose views are better aligned with yours”. Does such a person exist?
Mark Beeson, Priya Chacko 12 Mar 2020 12:00

Russia’s war will hasten the drive for clean energy security

Wind and solar is not only zero-emissions – it’s local. And that will cut Europe’s dependence on Russian gas and oil.