The invisible during the pandemic

Singapore’s thousands of migrant workers make up the bulk of Covid-19 cases in the city-state. 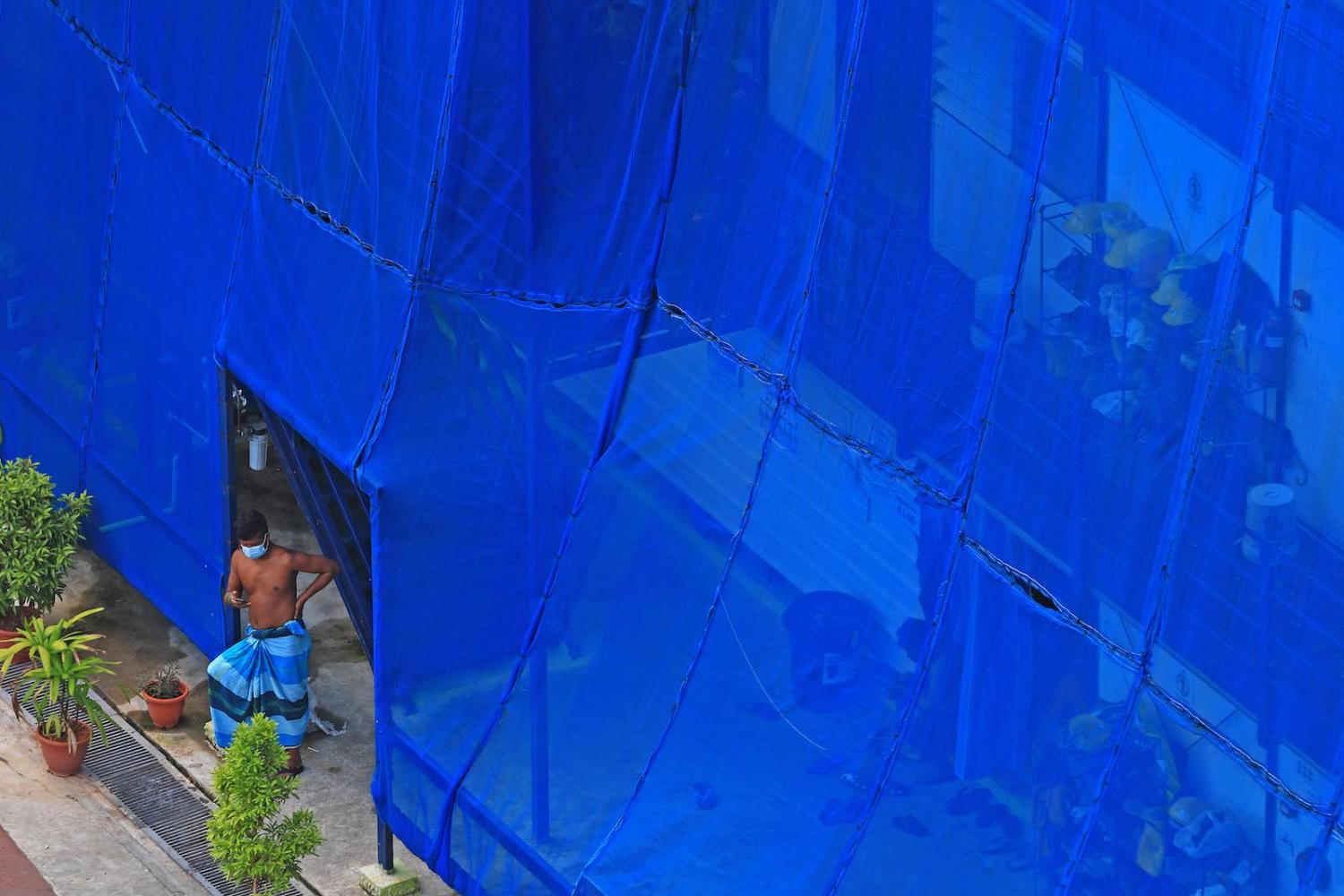 Recently in Singapore, several migrant workers attempted suicide at their dormitories, with at least one death. According to the authorities, some of them did so because they failed to get employers’ permission to leave the city after purchasing flight tickets (in Singapore, a migrant worker’s work permit is tied to the employer, and the employer usually keeps the worker’s passport, and has the authority to cancel the permit and repatriate the worker). Fortunately, most of the suicide attempts were averted by officers on site, and some of the migrants eventually made their journey home. Their ordeal won this group great amount of attention and sympathy in Singapore, where attempted suicide was only decriminalised as recently as January.

For the 323,000 migrant workers who live in shared dormitories in Singapore, earning money before going home has always been their top dream, while making headlines for attempting suicide is certainly not something they would have seen coming. The sudden hardships of 2020 have changed everything.

Migrant workers from countries such as China, Bangladesh and India are a major force powering the Singaporean economy, from building the city-state’s glittering skyscrapers to cleaning its gleaming shopping centres, yet they have been – metaphorically and literally – “the invisible”. They live in high-density dormitories in the island’s far-flung outskirts and commute to and from work packed into the backs of trucks. Even in my own few years being based periodically in Singapore, my exposure to this community is still limited.

This prosperous first-world island nation had been a success story in the global battle against coronavirus, until the outbreak brought attention to the predicament of its vulnerable low-wage foreign labourers.

The first time I encountered their story was back in 2016, when a journalism fellowship program took us to a sprawling dormitory complex. I noticed the warnings posted at the entrance listing all sorts of infringements the labourers could be fined for. We were told the residents there had behaved quite well. The dormitory room we went into accommodated 12 men and was stuffy and frowzy in the summer-all-year tropical city. Island-wide, hundreds of thousands of migrant workers lived in this type of dormitory.

I talked to one worker who came from China’s hinterland and had been working there for a few years. He didn’t complain at all about the living or working conditions, and was proud he was earning a better pay that enabled him to support his family, in spite of bearing debts for paying agent fees to secure a job that locals usually considered low-paid and would not take.

A year later, in 2017, I came across another story involving a Singapore-based Chinese migrant worker, when my friend, a Straits Times labour correspondent shared it with me. A then-39-year-old construction worker was severely injured when a slab of prefabricated concrete wall being hoisted by a crane fell on him. He was certified by doctors as completely disabled and unable to work for the rest of his life, and eventually received SG$327,500 (A$330,650) in compensation, the highest amount an injured worker can get. In a way, he was considered a “lucky one”, as for similar cases, “some could end up leaving Singapore empty-handed”, my fellow journalist told me.

Over the first three months since the Covid-19 outbreak started, this prosperous first-world island nation had been a success story in the global battle against coronavirus and was lauded for its gold-standard approach to testing and tracing, until the outbreak brought attention to the predicament of its vulnerable low-wage foreign labourers.

The island nation of 5.7 million has more than 1.42 million foreign workers, over 1 million of them doing “low-skilled” work. Strikingly, migrant workers account for more than 90% of Singapore’s over 50,000 coronavirus infections as of late July.

Starting in early April, the city-state went through a two-month “circuit breaker” period – when people were ordered to stay home and businesses paused. Then over the recent two months, restrictions have been loosened in a few phrases ­– except in the migrant neighbourhoods.

After the initial shock, four months later, Singaporeans have grown used to the three-digit daily new case figure. The numbers are always updated in two parts – the migrant neighbourhood case number, and a much smaller community case number. For the mainstream Singapore society, memories of lockdown are fading, there are long lines outside of restaurants and parks are back. To the labourers however, it’s a very different picture. For four months, they have had no work and no regular income to make, except a moderate government assistance. Isolated and panicked, going back home has become their priority, even though a flight ticket could cost them several months’ allowance.

Singapore is by no means the only country that relies heavily on guest labourers and bears the responsibility of taking better care of them. There are an estimated 164 million migrant workers worldwide who are similarly vulnerable both to the disease and the economic pain it has brought. And the issue is particularly acute in Asia: 2017 data shows there were about 33 million migrant workers, accounting for 20% of the global total.

It is a common trope that some cultural attributes often seen as characteristically Asian – such as obedience to authority, tolerance to restrictions on personal freedom and acceptance of delayed gratification after perseverance – may have helped in the region’s relative success containing the disease. To some extent, however, this kind of mindset may at the same time have exacerbated the problems the continent’s silent groups are facing.

Nevertheless, many Asian workers are hardworking, optimistic and hopeful. Despite all the hardships, it is reported that a vast majority of migrant labourers choose to continue working in Singapore well beyond their first contract.

The good news is their future here may become brighter. Like the ancient Chinese proverb goes, “It’s never too late to mend”. The Singaporean authorities have announced that temporary structures will be built by the end of the year, accommodating more than 50,000 migrant workers, with other permanent dormitories to house up to 100,000 to be built in the years to come. The new standards will reduce density and improve air circulation in those complexes. The government is also working on providing the migrants easier access to medical care and support.

I don’t know if those heartbroken suicidal workers who went back to their home countries will ever come back to Singapore to make a living again after the crisis. What I do know is that, regardless, the post-pandemic era should not just be “ours”, but “theirs”, too.

A quest to modernise dilapidated infrastructure in Central Europe has quickly transformed into a geopolitical contest.
Mark Beeson 10 Aug 2020 06:00

Four more years of Trump would be simply catastrophic, not just for America but for the world.
Ben Bland 14 Dec 2021 13:00