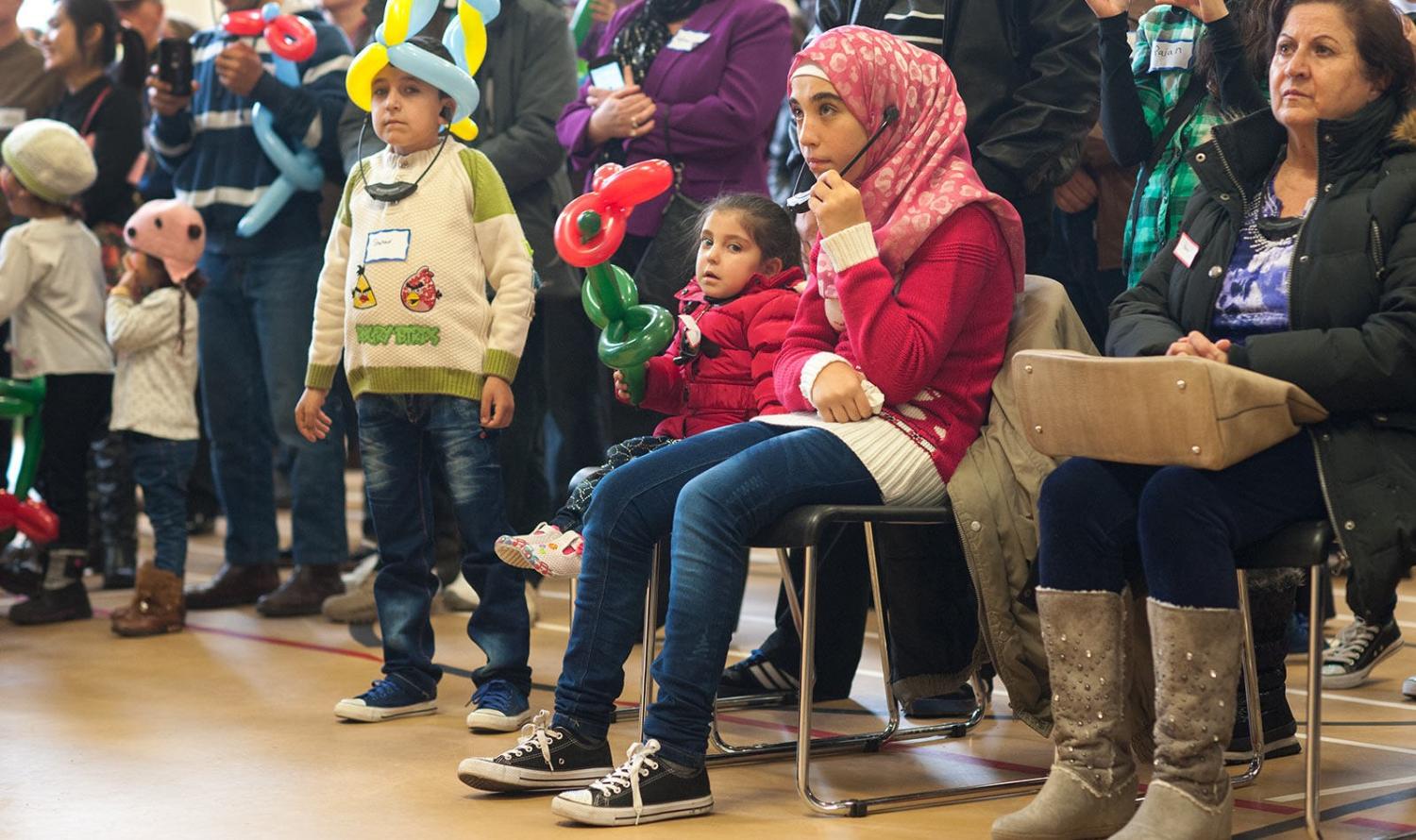 Australia is set to roll out a new private sponsorship programme for refugees and humanitarian entrants on 1 July, following in the footsteps of Canada. As noted in the 2017-18 Budget, Australia will increase its Refugee and Humanitarian Programme to provide 16,250 places in 2017-18 and 18,750 in 2018-2019. This an increase on the 13,750 places offered in previous years and a welcome change, especially given that global refugee numbers are at their highest levels ever.

As part of the increased quota, up to 1000 places will be set aside under a newly established Community Support Programme (CSP). The CSP will allow businesses, families, and individuals in the community to propose refugees and humanitarian entrants (those living outside their home country and who are subject to substantial discrimination amounting to a gross violation of human rights) for resettlement in Australia. Under current laws, only family members and recognised community, ethnic or religious organisations in Australia are able to propose humanitarian entrants and refugees for resettlement. According to Assistant Minister for Immigration and Border Protection Alex Hawke:

The CSP will provide a sustainable model of private sponsorship for refugees that minimises costs to governments and increases the chances of successful integration and settlement outcomes.

Hawke has also argued that the new CSP will allow businesses to make their 'corporate social responsibility obligations matter' in respect of humanitarian entrants and refugees.

While the precise details of the CSP are yet to be revealed, the budget announcement indicates that sponsors will be required to provide entrants with financial and other assistance for 12 months, including providing an Assurance of Support to offset any welfare that might be accessed. It has been reported that the visa fees will total $19,000 with an additional $20,000 for the Assurance of Support – this would be significantly higher than any other visa application fee in either the migration or refugee and humanitarian programmes, with few exceptions.

The CSP replaces the Community Proposal Pilot (CPP) that has been running since 2013. Under that pilot scheme, 500 places were made available each year for private sponsorship of humanitarian entrants and refugees through one of five Approved Proposed Organisations (APO). The Refugee Council of Australia has expressed concern that the CPP operated as an expensive family reunification program, because other avenues for family reunification are limited.

In principle, the formal introduction of a private sponsorship pathway is welcome. It is consistent with the 2016 UN General Assembly's New York Declaration for Refugees and Migrants, which called upon individual States to:

Consider making available or expanding, including by encouraging private sector engagement and action as a supplementary measure, resettlement opportunities and complementary pathways for admission of refugees.

The important caveat here is that private sponsorship and other pathways should be in addition, not an alternative, to existing refugee places provided by governments. So while the introduction of the CSP should be applauded, the fact it eats up part of Australia's existing refugee and humanitarian quota is problematic.

There are at least three reasons why the CSP should exist outside of Australia's refugee and humanitarian quota.

First, it could create a slippery slope where the financial cost and responsibility for refugee and humanitarian resettlement increasingly shifts from the government to the community and private sector. The budget statements estimate that the CSP will generate $24 million over the next four years ($6 million a year). In contrast, the program is budgeted to cost only $367,000 in the first year. The total cost of administering the program totals $1.2 million over the next four years. From an ethical standpoint, resettlement programs should focus on protection and settlement outcomes, not on revenue-raising or cost-saving.

Businesses may well sponsor a humanitarian entrant for corporate responsibility reasons. But they may also feel uneasy about taking away a place away from the quota – a place that would otherwise have been allocated to refugees or other humanitarian entrants in particularly dire circumstances.

Second, if the CSP is expanded in future to comprise an even bigger share of the existing quota, it would result in a net reduction of government support to refugees. This is antithetical to the idea of using complementary pathways as a means to increase a country's overall protection capacity.

Third, significant expansion of the CSP within the quota could risk Australia's refugee and humanitarian program morphing into a migration programme. This transformation would mean that access to resettlement would depend on entrants having skills needed in Australia (and businesses willing to propose them) or already having family members in the country. The most vulnerable refugees would be left behind.

The CSP is modelled on the Canadian private sponsorship program, which has existed since 1978. The Canadian model allows community organisations, groups of five individuals, or businesses who enter into an agreement with the government to sponsor refugees. However, private sponsorship places in Canada are additional to government-assisted places. For 2017, the Canadian government has set a target of 16,000 privately-sponsored refugees and 7500 government-assisted refugees. This allows the government to scale its resettlement program, but maintain a baseline level of government places.

However, private sponsorship is not without its problems. For example, researchers have argued that private sponsorship groups are often unprepared for the scale of their responsibilities. Limited oversight of sponsors and a lack of coordination between public and private support services can also hamper integration. These and other issues will need to be monitored closely as the Australian CSP is implemented.

Other options outside of the refugee quota

If the Australian government is truly interested in allowing businesses and individuals to support refugees and humanitarian entrants, it should consider creating avenues outside of the quota. For example, the Australian Human Rights Commission has suggested that the law could be amended to remove barriers faced by refugees who wish to apply for existing skilled, family, or student visas within Australia's migration program. This could include waiving visa application fees, expedited processing, or reducing English language requirements.

In addition, the government could work with organisations such as Talent Beyond Boundaries (TBB) to match skilled refugees with employment opportunities in Australia. TBB expects to have a database of 10,000 skilled refugees in Jordan and Lebanon by mid-2017. Some of these refugees would likely have skills that are in demand in Australia.

An even more ambitious option would be to create a hybrid skilled/refugee visa, outside the existing refugee quota, which could facilitate business sponsorship of skilled refugees.

In the context of Australian refugee policy, the CSP is an important policy initiative, but not without concerns. It will require careful calibration and monitoring as it is rolled out. Above all, it should operate in addition to, not as a component of, Australia's existing refugee and humanitarian quota so that protection can be extended to more people in need.

Previous Article
Trumponomics: The art of the trade deal
Next Article
With WHO's reputation on the line, much riding on the next director general

The anti-communist purge in Indonesia in the 1960s is retold in a compelling examination of US Cold War policy.
Aarti Betigeri 19 Aug 2020 11:30

The Democrat and the world’s biggest democracy

Indians have embraced the US vice-presidential nominee as one of their own, even if her politics might clash.