As public protests grow, so does the government’s authoritarian urge. 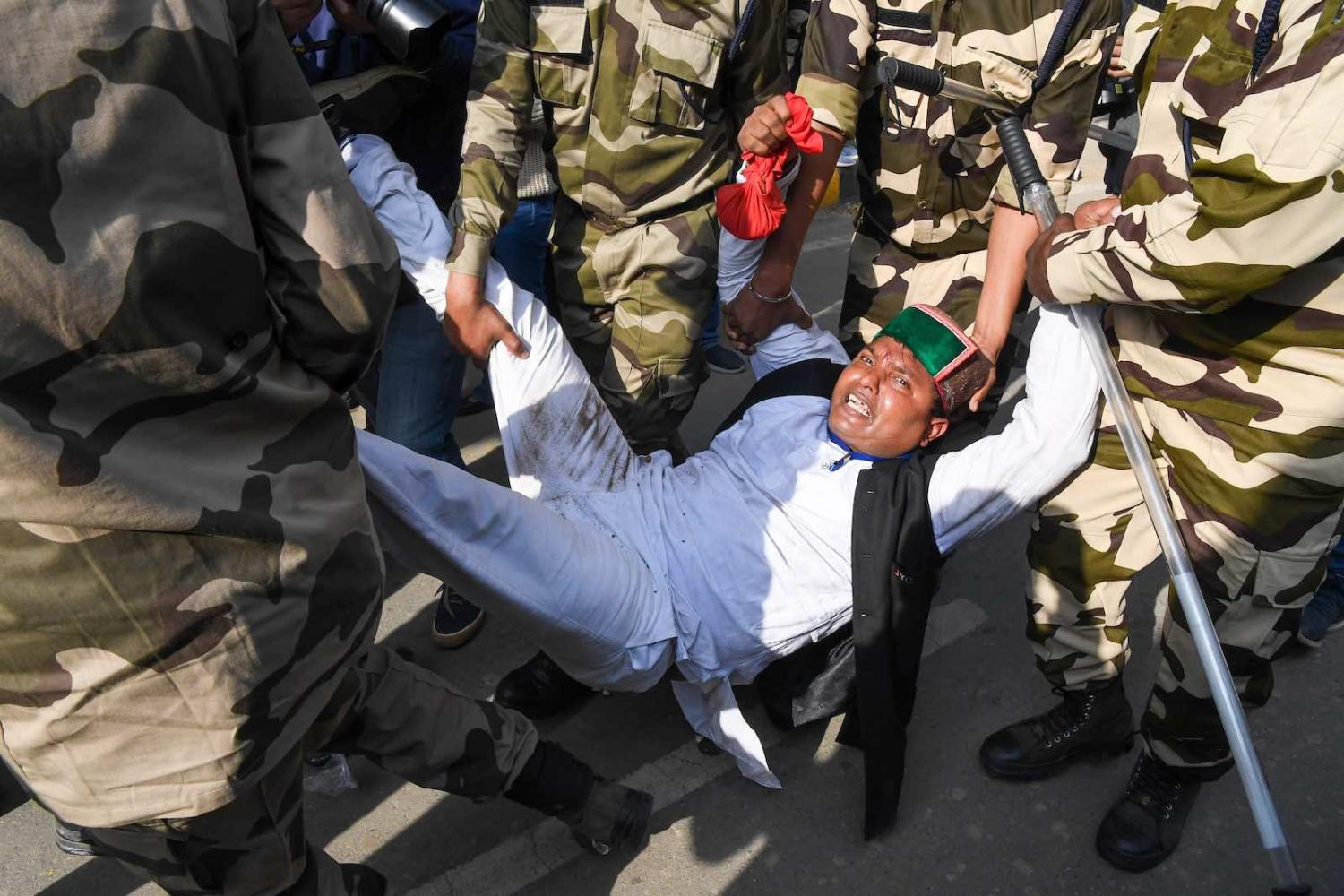 The signs were always there. With a thumping majority in parliament, a nonexistent opposition and diminishing institutions, Prime Minister Narendra Modi’s government had the potential to proceed down the dangerous and desperate path of intolerance.

Two months of sustained pressure from a grassroots protest movement by farmers has unsurprisingly led to the Modi government turning to its authoritarian playbook.

It began with allegations of foreign influence, followed by arrests of protest leaders, the jailing of journalists and finally the blocking of the internet. It’s a playbook that’s been successfully used elsewhere in the country, most notably in Kashmir, where opposition leaders were incarcerated for up to seven months.*

For a nation whose constitution guarantees the right to freedom of speech and expression, the recent escalating assaults on its media is a worrying and damaging development.

The Indian government’s response to twitter posts by pop star Rihanna and climate activist Greta Thunberg was even more telling. The foreign ministry issued a rare statement addressing the tweets. “We would like to emphasise that these protests must be seen in the context of India’s democratic ethos and polity,” the ministry said. “The temptation of sensationalist social media hashtags and comments, especially when resorted to by celebrities and others, is neither accurate nor responsible.”

India is today a nation divided, not just on secular-sectarian lines or between rich and poor, but on those who believe the Modi doctrine and those who question it.

That response set the tone for an avalanche of reactions from India’s pro-Modi cricketers and entertainers, who framed the debate as one of sovereignty, and one in which outsiders were trying to divide the country. This, as commentator Ramachandra Guha so eloquently pointed out was “not self-confidence, but paranoia. A government more sure of itself would have ignored the tweet altogether.”

India is today a nation divided, not just on secular-sectarian lines or between rich and poor, but on those who believe the Modi doctrine and those who question it.

A least eight senior journalists as well as a politician were arrested for reporting on the violence that took place during protests on Republic Day, 26 January. They were charged with such offences as “sedition, promoting communal disharmony, and making statements prejudicial to national integration”. Among those accused was a senior congress party politician, Sashi Tharoor, for, among other things, allegedly “misreporting” the facts around the death of a protester.

Across the nation, in states ruled by the Bharatiya Janata Party, the noose around dissent is getting tighter.

For instance, in the state of Bihar, police have stated that any applicants for government jobs found to have participated in “any law and order situation, protests, etc” could be blocked from being employed. In Uttarakhand, the police chief said that passport applications of those who post “anti-national” posts on social media could be denied.

The list goes on. A Muslim comedian spent more than a month in jail for a joke he didn't perform. Activists and students who were arrested for protesting against the new citizenship laws a year ago are still in prison.

Today, New Delhi, the capital, is a barricaded fortress against its own citizens. Steel spikes, concrete barricades, barbed wire, trenches and fortified bunkers have taken over the once wide and welcoming vista. Paramilitary forces in riot gear armed with weapons more commonly seen on the border with Pakistan are now a routine sight around the nation's capital.

The state is showing no signs of stepping back. Modi has attempted to reframe the story of a peaceful protest into one of a “violent, anti-national, separatist” movement that's been influenced by foreign agents. He blamed a new breed of what he called “professional protestors” or “parasites who feast on every agitation.” That argument is not gaining as much traction as he would like. Such rhetoric may have worked against those who campaigned against the citizenship law last year and political opponents in Kashmir. But with farmers from India’s food bowl, it’s proving to be a rather hard sell. Instead, he is hoping that the Indian state can simply outlast this movement.

But the farmers are showing no signs of backing down. Not a global pandemic nor one of the coldest winters in recent memory nor the might of government machinery has managed to diminish their resolve to have their voices heard. Any suggestion that the coming harvest season may reduce the numbers of protestors has been swiftly dismissed by organisers. They are in this for the long haul.

And yet the agitation has not been successful, thus far, in making it into a national issue. Nor has an alternate leader emerged around whom the masses can congregate. Modi has also been helped by a struggling opposition which has not quite managed to expose the government’s authoritarian tendencies.

Forty years ago, Indira Gandhi introduced into the Indian lexicon the word “emergency”. She jailed political opponents, shut down the media and dismantled institutions. Today, India is facing a far more noisy, dangerous and altogether more effortless move into authoritarianism. And while the protests highlight the willingness of India’s citizens to mobilize in order to assert their right to resist, it also exposes the Modi government’s determination to disregard that very democratic right of its people.

For what else can a fortified city and blocking internet access represent other than a barricaded and diminished democracy?

* An earlier version of this article said opposition leaders in Kashmir were still incarcerated and has been corrected.

Previous Article
Vaccine nationalism: Rich nations must also care for the poor
Next Article
What next for Pacific regionalism?

Born to a world in flames, set back by illness, an adventure to Australia would strengthen the threads of a nation.
David Brewster 22 Jun 2020 12:00

Australia should support India in the Himalayas

Modicare could have wide-ranging economic and social benefits, but where will the money come from?