An “inspection tour” signals the Party-state’s odious grip on the region and determination to control people’s identity. 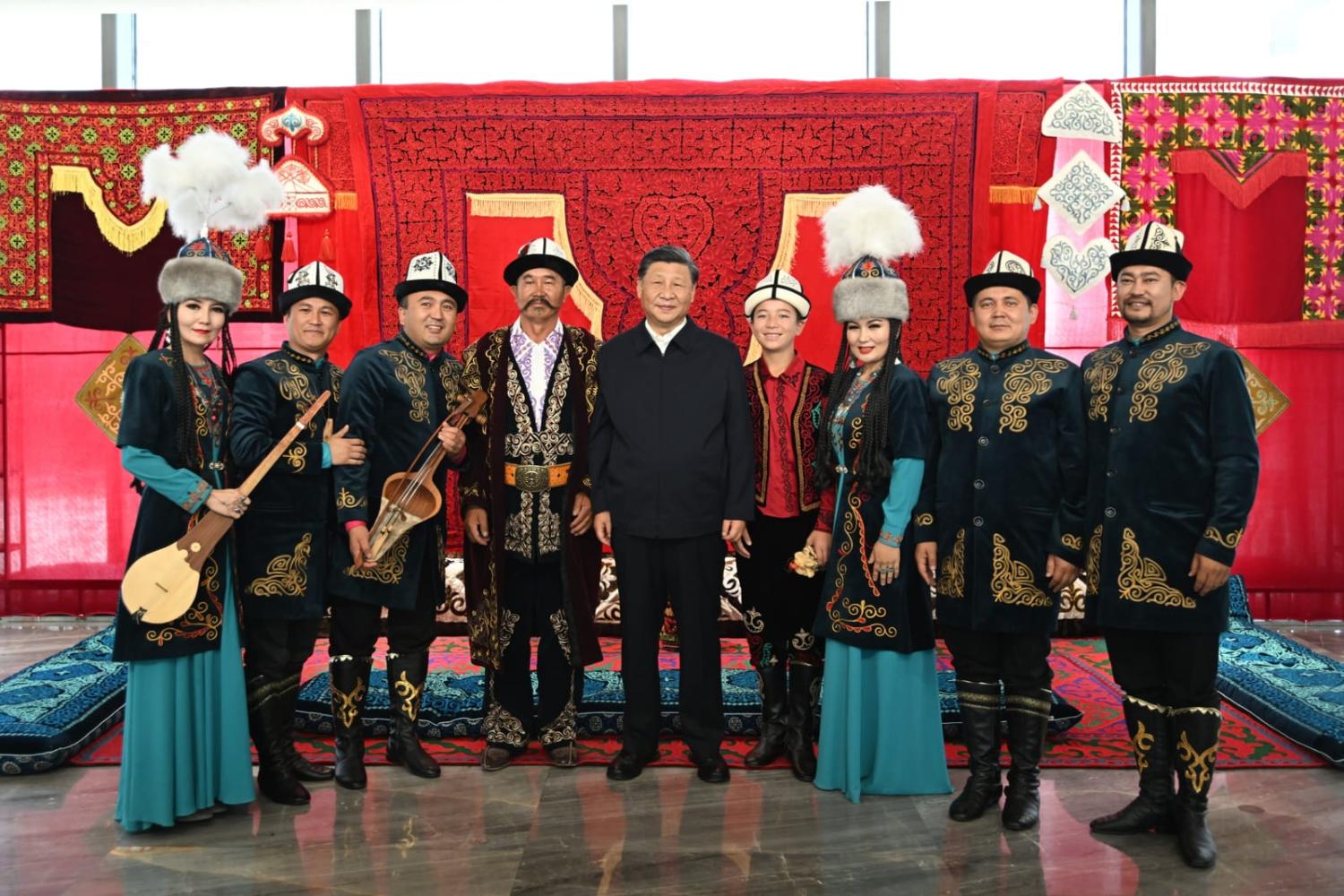 China’s President Xi Jinping undertook what state media have termed an “inspection tour” of the Xinjiang Uyghur Autonomous Region between 12 and 15 July. Those hoping that this visit would show possible signs of a loosening of the Party-state’s repression in the region have been sorely disappointed. Xi’s visit to the region in fact amounts to a victory lap wherein he not only reaffirmed that the Chinese Communist Party has hewed to the “correct path of solving ethnic issues with Chinese characteristics” but also indicated measures through which it intends to consolidate the perceived gains achieved by Xi’s hard line.

This was Xi’s first visit to the region since that of 2014 which heralded the beginning of the “people’s war on terrorism”. Then Xi had stated that the situation in Xinjiang was “grim and complicated” and exhorted police and security forces to be the “fists and daggers” in the fight against the “three evils” of “terrorism, extremism and separatism” and to make the “terrorists” like “rats scurrying across the street”.

In the years since the Party-state has erected a highly militarised security state in the region underpinned by old and new forms of mass surveillance. This apparatus has served goals beyond mere control of subject populations by identifying, categorising, and ascribing sanction to individuals – such as terms in “re-education” centres – designed to transform them into Chinese citizens.

Xi’s statements during his latest visit to Xinjiang emphatically demonstrate that both this objective and the means of achieving it will remain firmly in place.

Throughout the official Xinhua report of Xi’s remarks, the necessity for the ongoing transformation of the region’s non-Han ethnic groups is repeatedly stressed. After a listening to a work report by the local party committee, for example, Xi noted that the “most important thing for Xinjiang to maintain long-term stability lies in the people’s hearts” and as such “it is necessary to forge a solid sense of the Chinese national community and promote exchanges and integration among all ethnic groups”. That such “forging” amounts to a policy of assimilation is left in little doubt with Xi declaiming at the same meeting that “Chinese civilisation is the root of the culture of all ethnic groups in Xinjiang” and that the Party must “promote the close embrace of all ethnic groups like pomegranate seeds”.

The Xinhua report also indicated how such an objective will be achieved. First, and consistent with the Party-state’s push under Xi to inculcate an officially-mandated form of “Chinese traditional culture” through the education system, performance has become an important means and marker of the assimilationist drive in Xinjiang. During Xi’s visit to a “95 per cent” ethnic minority community in the Tianshan District of Urumqi,  he thus observed a “children’s performance of excellent Chinese traditional culture”.

It is now clear that the Party-state believes that the policies of “re-education” and mass repression provide the means through which to achieve a lasting transformation of Xinjiang and its Turkic Muslim population.

Second, the policies of “poverty alleviation” – including population transfers of “surplus” rural labour (i.e. Uyghurs) out of the south of Xinjiang – that have been connected to the objective of “optimising” the region’s population (i.e. diluting Turkic Muslim demographic predominance) will continue. Xi noted here that the Party will continue to “deeply understand the close connection between development and stability” and work to more effectively “link the consolidation of the results of poverty alleviation with rural revitalisation, and improve the long-term mechanism for sustainable rural development”. This is significant it suggests that “poverty alleviation” policies which have to date resulted in the transfer of hundreds of thousands of “surplus” rural laborers from the south to industrial parks and re-education camp “satellite factories” elsewhere in the region and beyond will continue.

Third, the maintenance of the Party-state’s control and supervision of Turkic Muslim cultural and religious practice remains paramount. Indeed, Xi noted that the Party must continue to improve the “governance capacity of religious affairs” so as to achieve the “healthy development of religion” in Xinjiang. Core to this is to ensure the “Sinification of Islam” in Xinjiang which to date has amounted to a program of cultural erasure whereby not only thousands of mosques have been closed, repurposed or destroyed but Uyghur mazar (religious shrines) and cemeteries razed.

While the initial impetus for the erection of the security state in the region derived from exaggerated fears of “terrorism” in 2014, it is now clear that the Party-state believes that the policies of “re-education” and mass repression that have followed in its wake provide the means through which to achieve a lasting transformation of Xinjiang and its Turkic Muslim population.

The key, as Xi himself stated during his visit, is to reshape what he defined as “the deepest level of identity” – “cultural identity”. The Party, he asserted, can only do so by building a system that can “reach the hearts of the people, educate and guide the masses of all ethnic groups to establish a correct view of the country, history, nationality, culture, and religion, and enhance their identification with the great motherland, the Chinese nation, Chinese culture, the Communist Party of China, and socialism with Chinese characteristics”.

The odious apparatus of surveillance, “re-education” and cultural erasure erected in Xinjiang will remain firmly in place so long as the Party pursues this objective.

Russian and Iranian sunk costs in maintaining the Assad regime in Syria are significant, while Washington's are minimal.
Cornelia Tremann 12 Feb 2020 14:00

Russia in Syria: A course strewn with obstacles

Unrest plays into Russia’s geopolitical vision, yet Moscow has now assumed the obligation to provide a stable Syrian government.