The Muslim community is a vital to combatting terrorism and promoting social harmony so alienating them makes no sense. 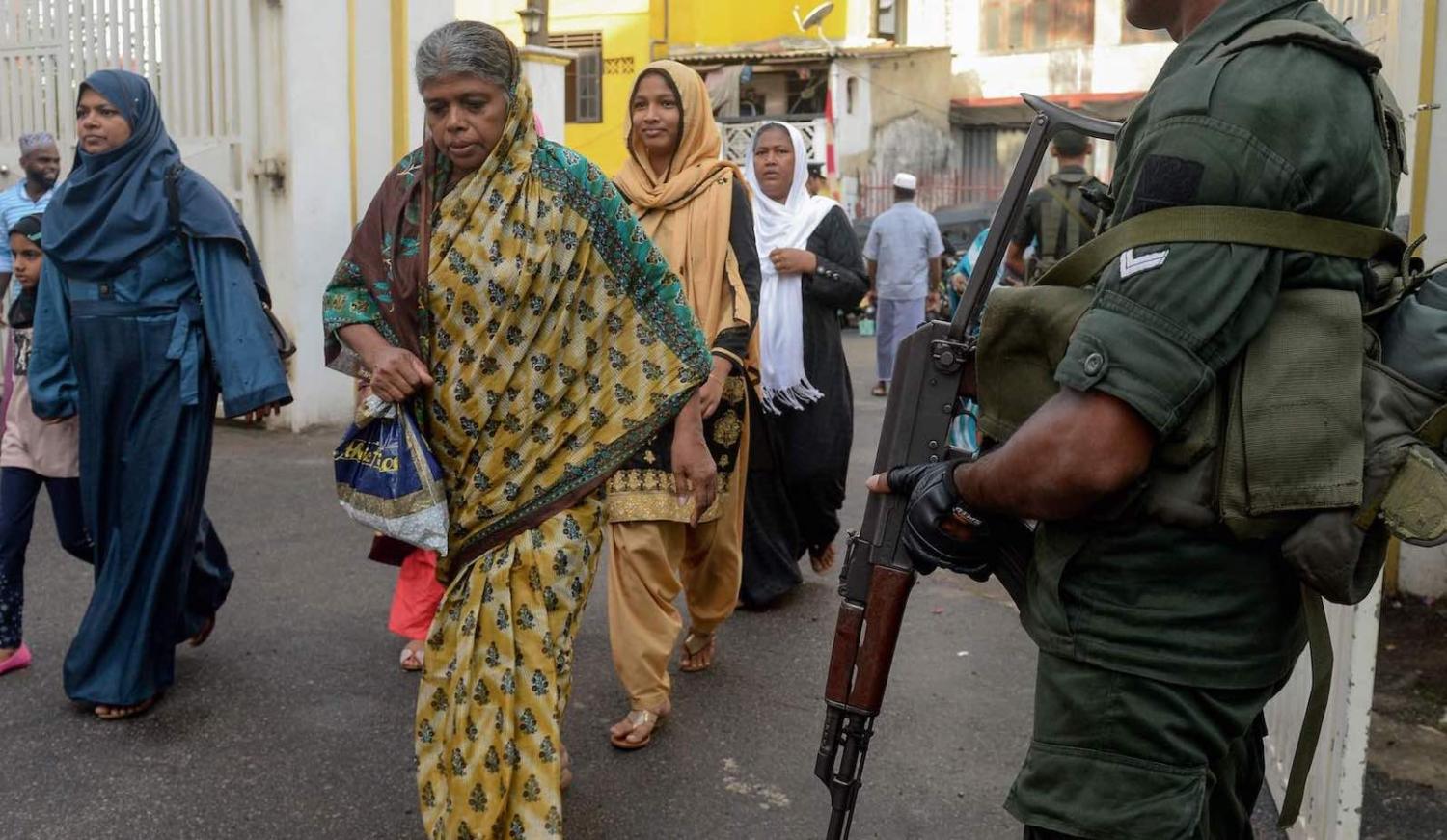 This year’s Eid-al-Fitr festival has been a bleak affair for Sri Lanka’s Muslims in the aftermath of the Easter Sunday bombings. The steep increase in retaliatory Islamophobic attacks has struck fear into the hearts of the Sri Lankan Muslim community. As if that was not enough, 11 Sri Lankan Muslim politicians – nine ministers and two provincial governors – resigned collectively on 3 June.

The abrupt en masse resignation was an act of solidarity with Industry and Commerce Minister Rishad Bathiudeen, who had quit following opposition claims of abetting the terrorists behind the deadly attacks in April.

The mounting political and social pressures in the last couple of weeks have severely tested inter-communal relations inside Sri Lanka. First, the political opposition moved a no-confidence motion against Bathiudeen, accusing him of 10 charges, namely pressuring the military to release suspects involved in the attacks and supplying ammunition to a factory owned by one of the perpetrators.

Second, a Buddhist monk Athuraliye Rathana held a “death fast” to demand the removal of Bathiudeen and two Muslim provincial governors. A member of the right-wing nationalist Jathika Hela Urumaya party, Rathana serves as a parliamentarian and an adviser to Sri Lankan President Maithripala Sirisena.

Despite the accusers not producing any concrete evidence to support their allegations, their demands managed to galvanise demonstrations in major cities. A crowd of 10,000 people gathered near the Sri Dalada Maligawa temple, where outside Rathana was also fasting for four days. As this temple is an important pilgrim site for Sri Lankan Buddhists, Rathana was deliberate in holding his fast in that vicinity so as to mobilise public opinion and strike a chord with like-minded supporters.

The General Secretary of Bodu Bala Sena, Galagoda Aththe Gnanasara also echoed similar demands without providing any substantial evidence. In May 2019, he was pardoned by Sirisena despite being accused of inciting anti-Muslim violence and charged with contempt of court. The intense lobbying by the Buddhist clergy may have influenced Sirisena’s decision to exercise his presidential powers.

Having no Muslim representatives in the government, a first since independence in 1948, undermines the social fabric of Sri Lanka’s multicultural society.

These vague allegations again Bathiudeen and Muslim politicians, albeit perhaps done on impulse, could be driven by opportunistic tendencies of local ethno-nationalists, to see a more entrenched communal system that would prioritise the needs and interests of the Sinhalese majority above those of minority communities in Sri Lanka.

Prior to the resignations, there were four Muslims in the current cabinet. In particular, Kabir Hashim and Rauff Hakeem helmed key ministries and are influential Muslim politicians. Hashim was General Secretary of the United National Party, while Hakeem is the leader of the Sri Lanka Muslim Congress. Former president Mahinda Rajapaksa had appointed three Muslim ministers to his cabinet in 2005, who used their clout to convince the community to oppose the Tamil separatist agenda during the protracted civil war.

After the war, Muslim leaders continued to play a pivotal role by alerting the intelligence agencies on rising militancy influenced by Wahhabism exported from the Middle East. They cautioned Sri Lankan authorities about the National Thowheed Jamath (NTJ), the main group behind the Easter attacks.

The heterogeneous Muslim community, the majority being Tamil-speaking Moors, has worked hard to ensure that their members do not get indoctrinated by radical ideas, disassociated themselves from the NTJ and other radical-extremist groups, and denounced the deadly Easter attacks as being un-Islamic. Muslims are not only vital assets towards combatting terrorism, but are also key to promoting interfaith dialogue that can curb extremism, reduce religious violence and bring faith groups together. The repeated warnings from Muslim leaders in Sri Lanka illustrate that they belong to a law-abiding and peace-loving community which practises a moderate form of Islam and rejects the austere Wahhabi ideology.

Having no Muslim representatives in the government, a first since independence in 1948, undermines the social fabric of Sri Lanka’s multicultural society. Minority representation in politics can strengthen the role of representational associations, encourage political membership and bridge the gap between a minority community and the government dominated by a majority. All the more so when minorities like Muslims have been targets of sectarian hatred or violence, as increasingly witnessed in Sri Lanka.

As to why the Muslim politicians decided to tender their resignations collectively, one plausible reason could be to lend support to those who were pressured to resign, or send a strong message to the government that it has not done enough to protect the Muslim community from reprisals.

At a time when closing communal ranks is imperative to bounce Sri Lanka back from a terror attack, these resignations constitute a domestic political setback for restoring social harmony. The Muslims of Sri Lanka are critical assets and effective antidotes toward battling terrorism, thus making it prudent for the government to get them on their side by protecting them against Islamophobic backlashes.

But such resignations are also not the solution to the problem. Rather, the Sri Lankan Muslim political leaders and others in government ought to cooperate on the basis of mutual trust and respect. They need to give undivided attention to the country’s national security intelligence infrastructure, institute a de-radicalisation programme, and establish a nationwide inter-religious organisation to promote interfaith dialogue. Bowing to exclusionary and discriminatory demands of ethno-nationalists are counterproductive to building a resilient and harmonious society in Sri Lanka.

As a matter of urgency, Sri Lanka’s President Maithripala Sirisena need to exhibit strong leadership to rise above ethno-nationalist politics and negotiate the swift return of the 11 Muslim politicians, chiefly the four Muslim cabinet ministers to their portfolios. Right now, these resignations are a case of one step forward, two steps back in efforts to reconstruct a more united and stronger Sri Lanka in South Asia.

Novichok poisoning and the test for Britain

The difficulty for the UK now is in crafting a fresh response to the continued effects of Russia’s brazen attack.
Nurliana Kamaruddin 22 Jul 2021 10:00

Southeast Asian nations have learned to be wary of big powers offering promises of security in return for loyalty.
Taylor Dibbert 17 Aug 2020 06:00

The consolidation of Rajapaksa rule promises to accelerate what is already a swing back towards repressive government.