Most analyses of China’s relations with South Sudan begin and end with oil, but this is far from the whole story.

Most analyses of China’s relations with South Sudan begin and end with oil.

Oil was the most important reason for China’s heavy investment in, and intensification of, relations with Sudan from the mid-1990s onwards (years prior to South Sudan’s independence in 2011). Dan Large and Luke Patey have written extensively about China’s involvement in the development of the Sudanese oil industry, one of modern China’s earliest and riskiest economic forays into Africa. The success of the initiative demonstrated to Beijing that it could rival Western prowess in frontier energy exploration.

Following the independence of South Sudan, China quickly sought to improve its relations with the new state. Juba had faced a better equipped and better resourced Khartoum of a decade earlier, in part as a result of funds derived from Chinese-produced oil. Juba made no secret of its suspicion and mistrust of Beijing and its unhappiness at the prior support to Khartoum, causing an anxious Beijing to reassure Juba that no matter the past, China would now be a good friend to South Sudan.

But the relationship Beijing anticipated and hoped for was principally one of trade, investment and resource extraction. As Large wrote in 2008, 'meaningful participation in African conflict-resolution processes is not an important aspect of China’s current Africa relations'.

Civil war broke out in South Sudan in December 2013, barely two years after independence. One of the early casualties was the oil industry, with roughly half of the country’s daily production soon halted due to fighting. By now, South Sudanese oil was strategically much less important to China than it had been 15 years earlier. South Sudan was far from China’s most attractive African foreign investment destination.

And yet by this year, China found itself, if not fully mired in attempting to resolve South Sudan’s growing conflict, then far more than a casual actor. China’s role in arming the South Sudanese military has been well documented, as has the first-ever deployment of Chinese combat troops to serve in a UN peacekeeping mission.

Less commonly discussed have been China’s other actions:

Orthodox political analysis would assess each of these actions in classical terms of interests. Of these, economic interests certainly remain of great importance, but cannot alone explain the extent of China’s engagement in South Sudan’s peace process. Conventional bilateral interests help explain China’s contributions to IGAD and the MVM, which as largely Ethiopian-led efforts were especially important for China, given the depth of the relationship between Beijing and Addis Ababa. 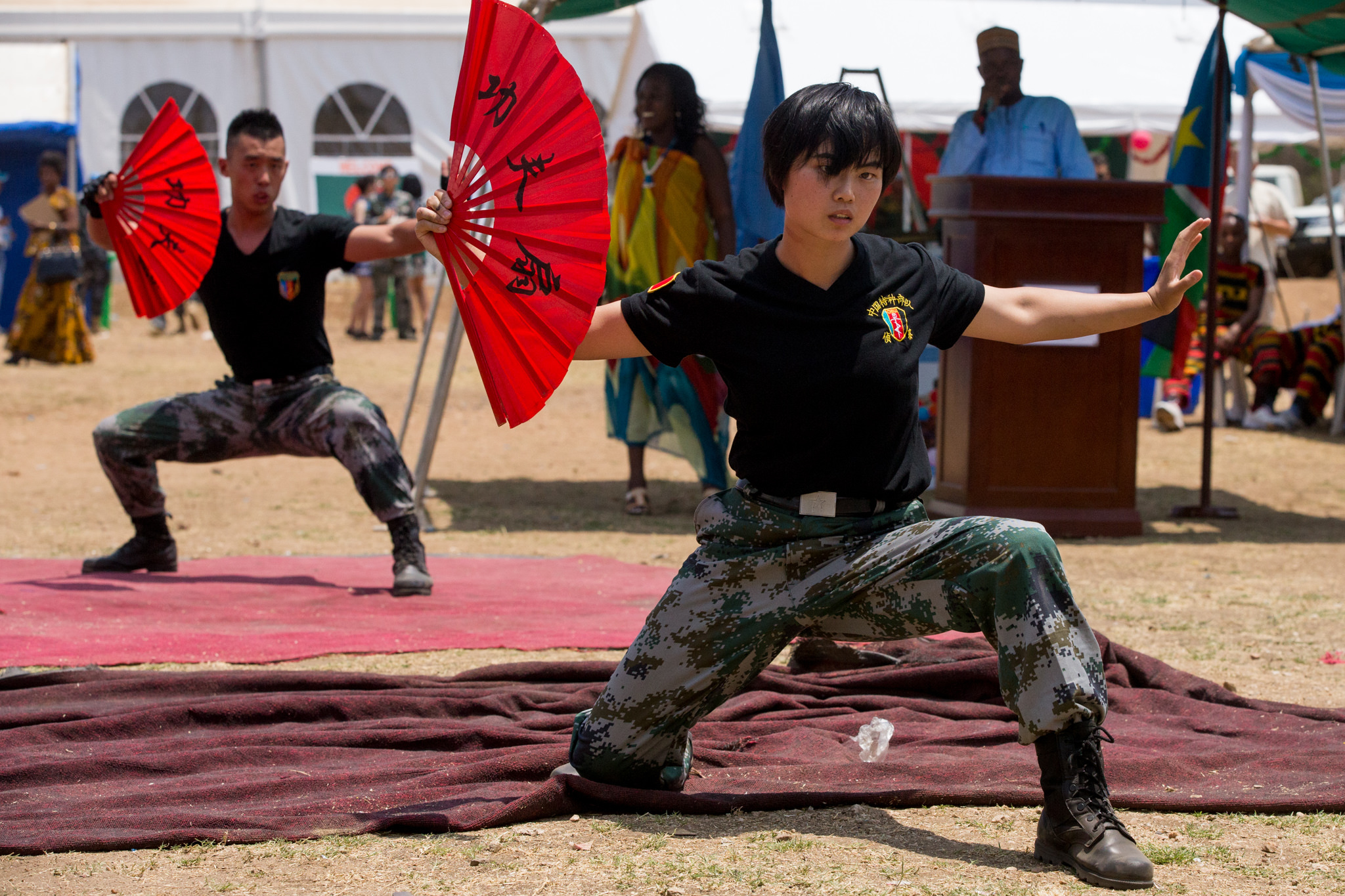 But apart from the incomplete explanation such terms provide, these are also not necessarily the terms in which Chinese foreign policy actors see their own actions. After reading Merriden Varrall’s work on the narratives that help explain how China acts in and interprets the world, it seemed to me it would be useful to apply this framework to the South Sudan case.

At least three of Varrall’s six narratives are relevant to a greater understanding of China’s involvement in South Sudan’s search for peace.

1. The century of humiliation

As seen from Beijing: Western powers may have long criticised China for involvement in the development of the Sudanese oil industry, and for supplying arms to South Sudan. But the subsequent maturation of China’s approach, such as supporting the peace process alongside those same Western powers, shows the complexity of China's foreign policy engagement. China funded the peace talks and the implementation process and has committed more peacekeeping troops than any Western power. Chinese soldiers have died protecting vulnerable South Sudanese civilians, and yet China has continued its peacekeeping efforts in extremely difficult circumstances, where Western troops are untrusted.

As seen from Beijing: China is interested in a long-term relationship with Africa in general and East Africa in particular, predicated on peace, as part of its overall peaceful and responsible rise as a global power. The US was a friend to South Sudan but after just a few short years, has demonstrated typical impatience. In contrast, China will always be interested in positive relations with both Sudan and South Sudan.

As seen from Beijing: Playing a central role in global affairs far from China’s borders is a restoration of China's role as a global, multilateral actor. Peacekeeping, conflict resolution, and support to African regional intergovernmental organisations is part of being a responsible global actor. China's diplomats and civil servants are as qualified as any to play important roles in such processes, to complement and supplement the efforts of Africans.

International Women's Day on The Interpreter

Continued delays in announcing results have led to calls for an interim government, while the Taliban bide their time.
Damien Spry 29 Apr 2020 13:00