Should Italy turn a shade of populist or nationalist, will we see yet another crisis in Europe?

The heads of the three main political groups contesting the Italian elections in March appear to have taken inspiration from opera buffa, or Italian comic opera. Should Italy turn a shade of populist or nationalist, will we see yet another crisis in Europe?

Cosi fan tutti (All do it), said Matteo Renzi when challenged over putting up his intra-party friends for presumably safe parliamentary seats. Renzi, who appeared on the national scene some years back with big promises to clean up the national act and restore international respect after the devastating Silvio Berlusconi episodes, is leading the governing centre-left coalition into the election battle. When his first big renovation project, the elimination of the (pretty superfluous) Italian Senate, didn’t make it through a popular referendum, Renzi resigned as PM. He later clawed back the party leadership.

His successor to date, Paolo Gentiloni, has turned out to be one of the best PMs Italy has ever had, quietly but assiduously improving the economic situation at home and defusing the European migration crisis by mobilising the Libyan coastguard against the criminal people smugglers on the coast across Sicily. Although Gentiloni clears the rather low bar of being one of Italy’s most respected politicians, he cannot lead and represent his party, as the spot has been subsumed by Renzi.

Elsewhere on the scene is Silvio Berlusconi, 81 years old, who appears all over Italian TV stations, mostly owned by him. If one is wondering how anyone could bring themselves to vote for Berlusconi, it is perhaps because he is the most infamous and certainly the most televised face of a centre-right coalition comprising his Forza Italia, the Northern League, and a conservative third party that is named the Brothers of Italy but led by a woman, Giorgia Meloni.

The third man in this rogues’ gallery is Beppe Grillo, the comic-turned-politician who single-handedly made his Five Star Movement into Italy’s leading political party. Beppe’s political rants make any election rally by Trump sound like an Athenian town meeting featuring Demosthenes. His official rallying slogan and invitation to fellow politicians (Beppe’s version of “Make America great again”) remains “Vaffanculo”, or “Go f*** yourselves”.

Since he is now a political force to be reckoned with, more has come to light about Beppe’s direct-democratic movement, where all decisions are supposedly made by digital means involving all party members. Perhaps unsurprisingly, this is not quite the case; rather, there is a machine with a few characters around Grillo who exercise significant control over what is said and who runs for what.

Beppe himself has always said he would not be a candidate for any political post, so Luigi Di Maio will lead the party into the elections. Di Maio has already pulled off of an astonishing contortionist’s performance. While Beppe has always ranted against “Europe” in all its incarnations, Di Maio can now envisage an Italy continuing with both its EU membership and the Euro. Incidentally, these are both positions espoused by a majority of Italians.

We have seen our fair share of Italian politicians and their scandals come and go, so does this theatre of the absurd really matter for Europe and the EU?

No, regarding Italy’s “business as usual” politics. Whoever represents the country in Brussels will likely take its ultimate cues from serious colleagues, such as Germany’s Angela Merkel and France’s Emmanuel Macron. On the personal front, Berlusconi cannot visibly come back onto the European scene at present, as he is legally banned from any political office due to his 2013 tax fraud conviction. Grillo continues to perform before theatre audiences, not conference halls, in Brussels. I personally saw him perform recently in a downtown Geneva theatre before a sparse crowd. Language was not the problem – Italian is widely spoken. Rather, Grillo’s particular kind of humour doesn’t seem to fly north of the Alps.

But yes, regarding at least two points. By volume, Italy’s banking problem is by far the largest within the EU. Italian banks sit on an astounding volume of non-performing loans, the fruit of decades giving money away to friends and tribal associates instead of serious borrowers. But here the solution just might come from within; that is, from the seriously rich families and companies in Italy who intervene to prevent some of the oldest financial institutions in the world disappearing ingloriously, as is happening at present with Banca Monte dei Paschi di Siena. Friends from abroad might also intervene, as was the case recently when Bob Diamond, formerly with Barclays, teamed up with an Italian banker to save the largest Italian lender to small businesses.

The situation on the Libyan coast is more worrying. The number of ships arriving on the Italian coast has increased again, in tandem with the number of migrants drowning as humanitarian help has been chased away. Continuing to address the Libyan hole in the EU’s external border will take a steely nerved Italian Minister of the Interior, as is the case at present, and an Italian government able to make sure the necessary funds are available from Brussels. 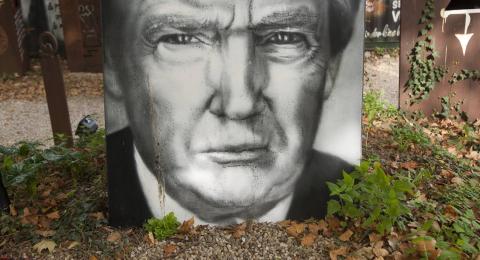