Scott Morrison is overstating the benefit to Australia of company tax cuts. 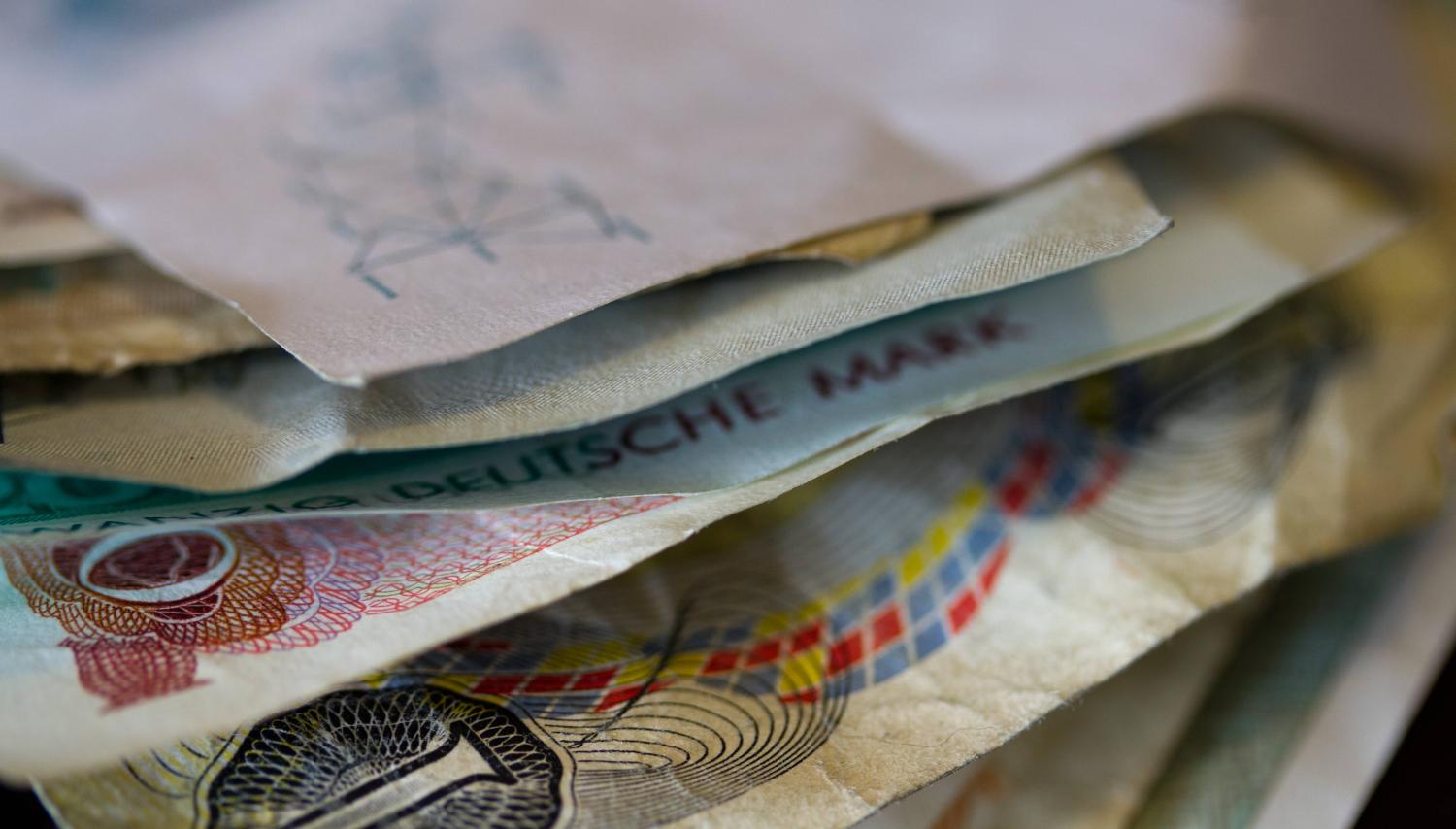 If you lower taxes, you have less revenue. (Photo: Jason Mrachina/Flickr)
Published 20 Nov 2017

Australia’s Treasurer Scott Morrison used a recent speech to support the current round of company tax reductions, aimed at improving the incentives for foreigners to invest in Australia. He argued the case is made more pressing by US proposals to reduce its company tax. Yet Morrison greatly overstates the likely benefit to Australia. By Treasury’s own calculation, any advantage would be vanishingly small.

Rather than join the global trend to reduce tax on foreign corporations, there is a more important issue: to work towards a global company tax system where companies make a fair contribution to maintaining government services in the countries where they earn their profit. This is much more difficult, but the groundswell is moving in this direction.

Legislation has been passed to reduce Australian company tax rates from 30% to 25% for smaller companies, with larger companies envisaged to follow later. Australia’s imputation system means that for Australian shareholders, company tax is just a withholding tax, fully refunded. The proper focus is on the impact on foreigners, who don’t benefit from imputation. So far so good. But what is the likely impact of the reduction?

The Treasury’s modelling is based on Australia being a small player in world capital markets, which are assumed to work with frictionless free-market perfection. Raising the after-tax return to foreigners will encourage them to invest in projects that are currently unattractive. Foreign inflows will increase, the current account deficit will widen, more investment will be undertaken, this will raise productivity and GDP will rise, to be divided between the foreigners and domestic factors of production.

Let’s leave aside the reality or otherwise of this free-market model. If you lower taxes, you have less revenue, even if there is some offset through tax on additional GDP. The Treasury explores three scenarios: first, replace the lost net tax revenue with a non-distorting alternative. This is a fantasy solution: all feasible tax alternatives are distortionary. Second, replace it with an increase in domestic income tax. Third, cut government expenditure and assume this has no effect on GDP or welfare. Scenarios one and three might have some role in an academic discussion, but scenario two is the only one that policy-makers could take seriously.

The Treasurer says ‘Treasury modelling shows that taking our corporate tax rate from 30% to 25% would generate a sustained lift in GDP of just over one per cent.’ Actually, the second scenario shows an increase of just one per cent. But more important, a good part of this increase in GDP goes to the foreigners who have funded the extra investment. The Treasury modelling shows a relatively modest share going to the foreigners, leaving Gross National Income (a better measure of the impact on Australia) rising 0.6%. Some of this is used to maintain the higher capital: the increase in consumption (a still-better measure of benefit to living standards) is less than 0.4%. Employment (‘jobs, jobs, jobs’) rises 0.1%; and the Treasury’s measure of ‘welfare’ is up by 0.1%.

Not only are these outcomes tiny, but we won’t get the benefit for many years. During the transition, the exchange rate appreciates and the current account deficit widens. Even the first stage of the company tax reduction will take ten years to implement. The Treasury suggests that about half the effect might be achieved 10 years after the tax cut. If 20 years is a reasonable guess for the full benefit, the minuscule figures quoted above could be compared with the natural growth that might be expected over two decades, which would be around 50%.

Modelling of this nature is intrinsically uncertain and dependent on assumptions. How much allowance should be made for the fact that a substantial number of foreign companies currently pay no tax in Australia, so would be unaffected? How many are investing in our natural resources, rather than competing in a free market? If they are investing in Australian companies, what impact will the foreigners’ reduced tax have on the Australian companies’ investment decision? How does the modeler take account of the common international practice, where taxes paid in the investing country are offset against taxes the foreigner has to pay at home, with the upshot that reducing Australian tax just means there is more foreign tax to be paid by the investor?

What do we know of the (still unresolved) Trump tax reforms? His plan to reduce US company tax from 35% to the 20% is still just that – a plan. In any case the effective current rate is already under 20% (with very wide variance around this number) thanks to various loopholes, offsets and dispensations (see graph below). On the same adjusted basis, Australia is around 10%. What will Trump do to make the tax reform revenue neutral, as he has promised? Until we have a clearer idea of the detail, it’s hard to argue that the Trump reforms make the case for Australian company tax more pressing. 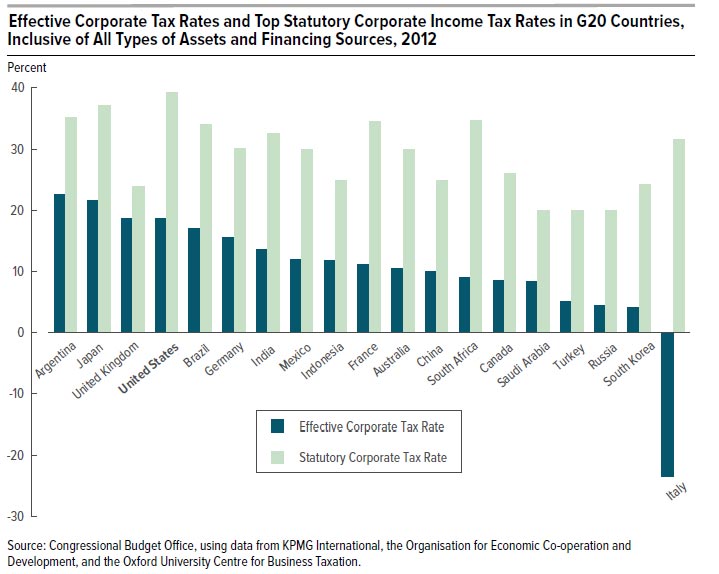 In short, Australia is already well-integrated into global capital markets. The funding of the recent mining boom demonstrated that capital flows readily in response to our investment opportunities. Attracting a little more footloose capital into investments that domestic investors don’t find sufficiently profitable is a trivial issue, as the modelling demonstrates. This focus on a second-order issue distracts attention from a far more significant company tax issue. The greater threat to our welfare comes from the increasing capacity of foreign capital to avoid paying tax anywhere. Profits, wherever earned, are shifted to countries with very low or zero effective tax rates, such as Luxemburg, Switzerland, Ireland, Singapore or the various tax havens that have featured recently in leaked accounting records.

The current measures for greater international tax transparency will be helpful in redressing the component that represents tax evasion (i.e. is illegal) and may bring public pressure to bear on avoidance (i.e. legal but contrived profit-shifting through transfer pricing, intellectual property transfers, synthetic borrowings, artificial ‘marketing hubs’ and so on). Addressing this requires global understandings on allocating a fair company tax among the countries whose services contribute to earning that profit.

The Treasurer, properly, gives high priority to these issues. He sees G20/OECD Base Erosion and Profits Shifting (BEPS) initiatives as a key to developing the global consensus. While waiting for the inevitably slow and imperfect progress under BEPS, the Diverted Profits Tax and Multinational Avoidance Law begin to address these issues. More of these ad hoc single-country measures may not be popular with the multinational BEPS initiative, but should increase pressure for more action.

Why not commission some Treasury modelling to show what could be done if all foreign companies paid the current statutory tax rate without their current avoidance practices? This would assess the benefit of this alternative focus on getting companies to pay a fair corporate tax. Extra revenue could potentially be used to address the largest of the current tax distortions - the high marginal tax rates on low income-earners currently on social security. Any increase in GDP here would not only accrue domestically, but it would add to jobs and improve income distribution.

All this leaves a residual question: why reducing company tax has such a high priority, when imputation makes such reductions irrelevant for domestic shareholders and tax cuts offers so little net benefit via additional foreign investment? What is the real agenda? Could lower company taxes provide benefit for Australians who have arranged their affairs so as to accrue income in a corporate accounting vehicle?

Hundreds of billions will be devoted to Covid-19 economic recovery, and with it comes a huge investment opportunity.
Merriden Varrall 31 Oct 2016 16:51

There has been considerable speculation about whether Chinese President Xi Jinping might be secretly planning to extend his time in power.
Beginda Pakpahan 17 Apr 2019 12:30