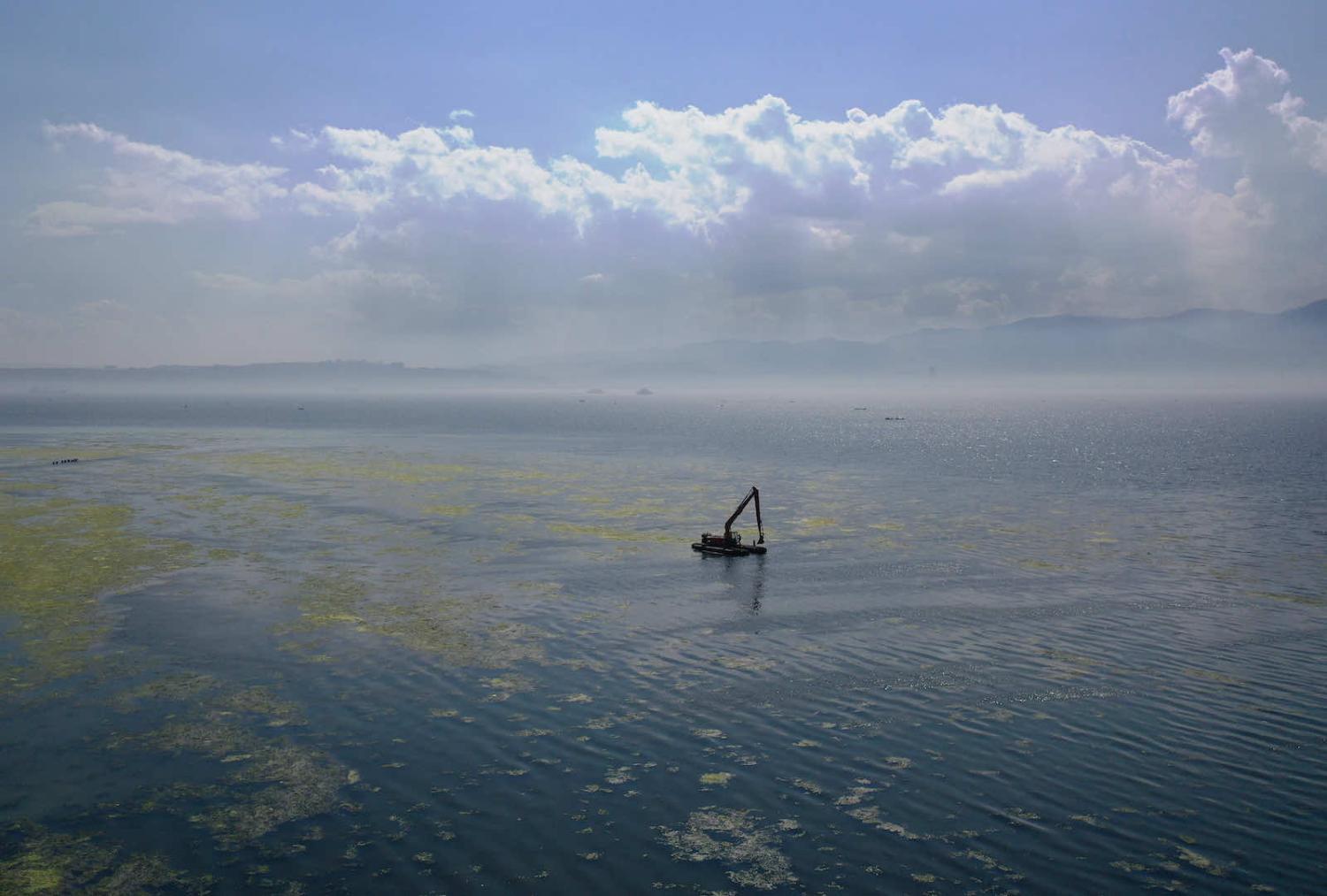 An overgrowth of sea lettuce due to the increasing of nitrogen and phosphorus in the Gulf of Izmir, Turkey (Mahmut Serdar Alakus/Anadolu Agency via Getty)
Published 19 Oct 2021

If there really is a marketplace for ideas, it’s fair to say that central planning hasn’t been flying off the shelves of late. It’s not hard to see why. The murderous regimes of Stalin and Mao are not good advertisements for the brand, or for the possible merits of socialism, for that matter. But at a time when many – especially the young – despair of effective action being taken to address climate change, global inequality and a pervasive sense of insecurity, is central planning actually worth another look?

No doubt many prospective readers have already clicked away from the page, but the idea that central planning might be part of the solution rather than the problem is not as fanciful as it may seem. How else are we to describe the forthcoming COP26 meeting, when many of the world’s leaders will assemble in Glasgow with the explicit intention of coordinating their actions to address collective action problems, which cannot be conceptualised much less achieved without planning and forethought?

Unpalatable as it may be for many to contemplate, life on a finite planet means, for example, that we can’t wait until Brazil has destroyed the rainforest upon which we all depend to put a stop such forms of self-destructive behaviour.

True, this is a long way from an all-powerful individual state deciding how many toothbrushes to produce every year, but it’s still a very different vision of the future from one that universities continue to teach students of economics and even international relations, for that matter. Rather than an international system of competing national economies and states, it is becoming painfully apparent that if we are to survive in anything like a civilised fashion, greater coordination of our actions is an inescapable necessity.

To be clear, I have absolutely no expectation that this will actually come about. On the contrary, so-called “realists” have all the most plausible arguments about the likely trajectory of human society. Anarchy, disorder, social upheaval, and probably outright war, are the all too probable consequences of unaddressed climate change, as all of the long-standing predictions of climate scientists come to pass. Under such circumstances, a bit of lateral thinking has the merit of being mildly therapeutic, if nothing else.

The surprising thing, perhaps, is that it is possible to make – not entirely implausible – theoretical arguments about “saving the planet”, in which something like central planet plays a part; perhaps an inescapable one. Unpalatable as it may be for many to contemplate, life on a finite planet means, for example, that we can’t wait until Brazil has destroyed the rainforest upon which we all depend to put a stop such forms of self-destructive behaviour that imperils us all.

A little closer to home in Australia, “we” can’t wait for the National Party to grasp that our collective future is on the line before we rapidly move to close down “our” coal industry, either, as it cannot possibly be part of even the least ambitious vision of planetary planning. Part of the problem, of course, is that there is no “we” to urge even democratic governments to act. The chances of a “revolution from below” transforming the likes of Russia, China or even India look vanishingly small.

Indeed, if we can’t act effectively in Australia, it’s hard to imagine who can. We are, after all, not just the world’s driest continent, but we are a democracy with the potential to act and to change. Even within national borders, the need for coordinated action and actual planning will be inescapable – and ideologically unpalatable for political and economic elites who are inextricably wedded to the idea that the market knows best.

To be fair, some elements of the private sector may be key parts of any possible solution to our collective woes. Bureaucrats aren’t always leading sources of organisational innovation, let alone the technological kind, but left to its own devices and incentive structures, the market tends to produce more trash than treasure. The market will address that too, if we let it, by exporting all our rubbish to parts of the world that have a comparative advantage in poverty.

This is, of course, precisely where the influence of uncoordinated market forces have brought us to: a rapidly heating planet, riven by grotesque asymmetries of wealth, opportunity and security, that is drowning in its own detritus. The impact on our fellow creatures has been even more catastrophic: plainly human beings are not experiencing the mass extinctions that are consuming the “natural world” – or not yet, at least.

Suggesting that polar bears have the sort of right to life that human beings supposedly enjoy, and that this ought to be part of our collectively planned enterprise, will be too much for many readers, no doubt. Let me reiterate, though: if we can’t look after ourselves, I’ve no expectation we’ll be able to do it for the depressing, rapidly lengthening list of animals that are critically endangered either.

So, yes, advocating even a watered-down form of central planning in which private enterprise has a suitably circumscribed role is eccentric and unlikely to be taken at all seriously. But given the stakes, the time frame, and the historical track record of unbridled capitalism – it helped to get us into this mess, after all – perhaps “there is no alternative”, as Mrs Thatcher might have said.

Central bankers reminisce nostalgically about the halcyon decade or so before 2007, when policy-making seemed pretty simple.
Rowan Callick 5 May 2020 06:00

The prospects for China’s post–Covid-19 economy

Big questions loom around how China can jump-start growth after the coronavirus crisis and the US trade war.
Andrew Carr 8 Jun 2017 11:39

By overstating the importance of American involvement in the past, we over-emphasise the risks of American absence tomorrow.