Ardern was installed as New Zealand Labour leader just to 'save the furniture'. Less that 100 days later, she is the nation’s 40th prime minister. 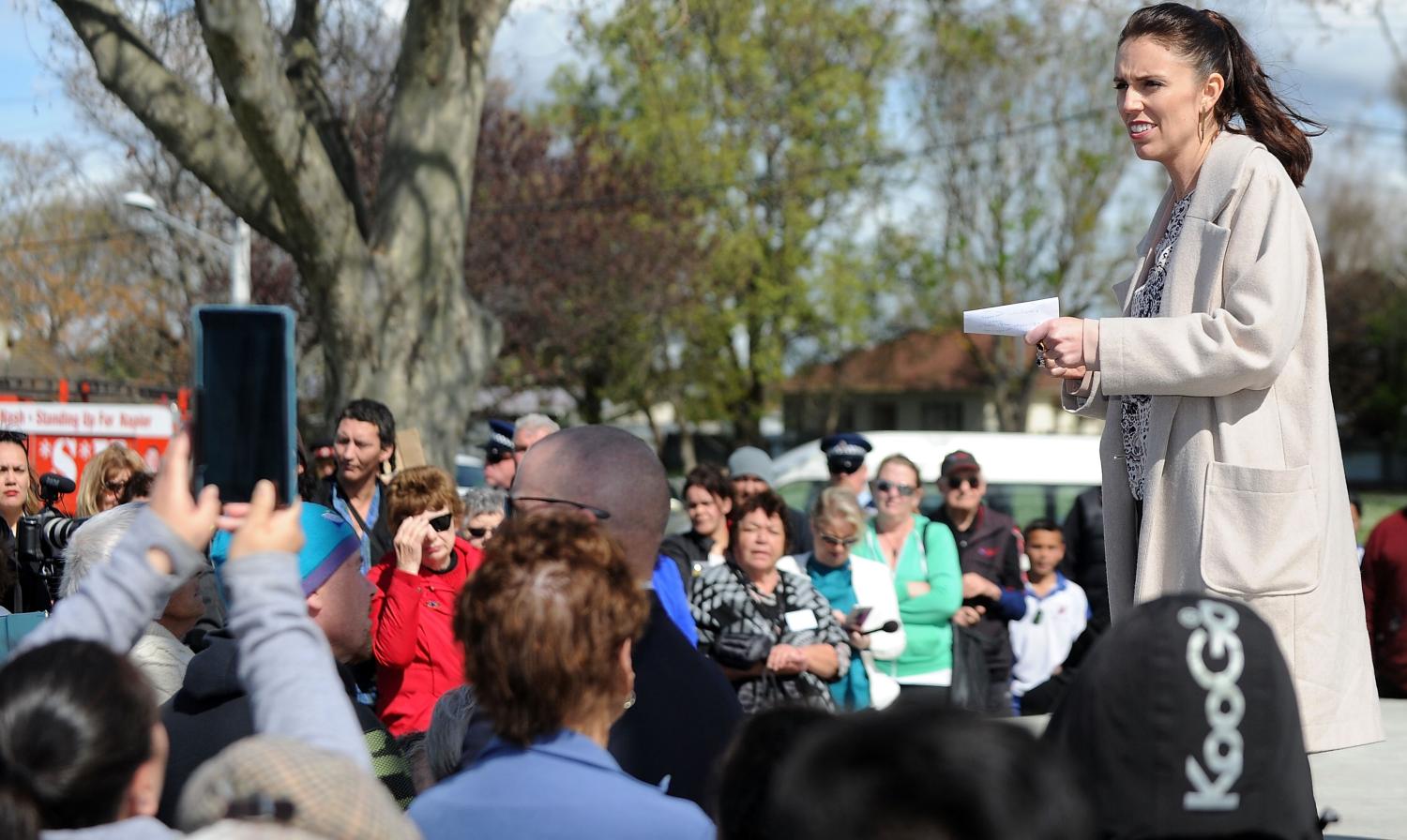 When New Zealand’s 37-year-old Labour Leader Jacinda Ardern is formally sworn in as Prime Minister there will be some, on both sides of the Tasman, who will try to question her legitimacy. Those doing so will reveal they do not understand New Zealand’s proportional representation system.

This will be the seventh election in a row where more than two parties have combined to form a government in New Zealand. Critics will also demonstrate they have learned nothing from Winston Peters’ history as the kingmaker in Kiwi politics. He’s done it before. He kept National in power, demanding the deputy prime ministership back in the late 1990s, and he combined with Labour to keep Helen Clark’s government in office in 2005, serving as her foreign minister.

For Ardern and Labour this is an extraordinary turn-around in political fortunes. Labour was polling so poorly mid-year that its MPs installed Ardern as leader on 1 August with a job description which basically read 'save the furniture'. Now, less that 100 days later, she will move into Premier House as the nation’s 40th prime minister and the youngest since 1856. She will head a coalition government alongside Peters’ populist New Zealand First party, with the extra insurance of being backed on confidence votes by the Green party. This will give Ardern’s grouping 63 seats in the new parliament, up against 57 MPs for the opposition National Party.

Critics will inevitably predict that the deal won’t last and in doing so they will underestimate both Ardern and Peters. He has signed up to a full coalition agreement with Labour, which underscores his commitment. In similar circumstances in 2005 he provided a confidence and supply arrangement to underpin Helen Clark’s administration. This time around, the formal coalition that has been negotiated will mean his party will take four of the twenty cabinet seats, with the remaining sixteen being elected by the Labour caucus later this week. The coalition policy deal and portfolio allocations will be announced next week. I understand Peters has been offered the role of deputy prime minister but he has yet to make his final decision.

So why did Peters make this decision, given that National scored a higher number of MPs and a significantly larger proportion of the votes than Labour? Peters is 72 and not expected to contest the next election as leader, but he clearly wants the party he created in 1993 to outlast him. By hitching his team to a new government with a young leader, Peters clearly believes there will be a greater long-term electoral dividend than simply backing a fourth and likely final term for National. The latter course would not have given Peters a 'big bang' finale to his mercurial career. Peters likes to shock and play a starring role. That would not have happened by backing more of the same.

For outgoing Prime Minister Bill English this result is his worst nightmare. Widely regarded as a competent and unflappable Finance Minister, he was seen as the perfect deputy for former PM John Key, whose easygoing charisma dominated the centre ground of New Zealand politics, securing National three terms. In contrast, English will unfortunately be remembered as leading National to two election defeats, 14 years apart. His first time around saw National record its worst ever election result against Clark and Labour. This time he was painfully close to securing an historic majority government and a fourth term for National. English is not expected to stay on long as Opposition Leader, and is likely to step aside to allow National, like Labour, to invest in the next generation of leaders.

There is also no doubt that many in the National Party are today regretting the concerted personal attacks they made against Peters, including accusing him of double dipping with his pension, plus the tough campaign they ran to unseat him in his Northland electorate.

For the Green Party, Ardern’s arrangement with Peters is bittersweet. I understand Ardern’s preference was to have a three-way coalition that included the Greens and NZ First, and which would combine against a large and formidable National Opposition. Peters’ aversion to the Greens kyboshed such an arrangement and he vetoed any coalition deal that involved them. However, the Greens will offer Ardern their support in confidence votes in exchange for three positions in the outer Ministry. They will be bound by collective responsibility for the portfolios they are given and have also pledged to back the government on key money votes. However, the Greens’ support on other legislative initiatives will have to be negotiated case by case.

Those who know Ardern well do not expect any sense of triumphalism from her as Prime Minister. Though young and new to leadership, she has shown in a very short time how attuned she will be to the national mood. A large slice of New Zealand cast its vote for National, and big swings to Labour, which saw it ahead mid-campaign, ebbed away in the final week following an effective and sustained campaign against Labour’s tax policies. Yet even opponents concede Ardern ran a great campaign and has again demonstrated she is a class act politically in difficult negotiations with NZ First and the Greens. She is likely to now make a solid pitch to embrace middle New Zealand, particularly in the provinces where Labour needs to rebuild.

Former NZ Labour Leader Phil Goff, now the popular Mayor of Auckland, spoke highly of Ardern ysterday. He described her as 'vigorous, enthusiastic, charming and genuine. What you see is what you get and despite her age she has equanimity and experience'. At 22 she worked in Goff’s office and later was employed by Helen Clark, plus she had a stint in Tony Blair’s Cabinet Office. She was elected to parliament in 2008 and has been mentored by former Labour Deputy Leader Annette King, who accompanied Ardern throughout the campaign and was alongside her during the negotiations with Peters and the Greens.

Policy-wise, addressing housing affordability and economic inequality will be fundamental to an Ardern Government. Meanwhile New Zealand First will push for significant cuts to immigration numbers and stricter controls on the foreign ownership of property. For the Greens, Ardern is already committed to a major clean-up of New Zealand’s rivers and to making action on climate change the 'nuclear free moment' of her generation.

For Australia, despite Julie Bishop’s much publicised comments during the campaign, New Zealand will remain a committed partner under Ardern’s leadership. Both Malcolm Turnbull’s and Bill Shorten’s telephone calls to Ardern within hours of Peters’ decision were greatly appreciated. There will be a strong commitment from Ardern to build familiarity and trust with Canberra from the earliest days of her new government.

The Hon Mike Rann AC CNZM, former Premier of South Australia and National President of the ALP, was raised and educated in New Zealand and was speechwriter and campaign strategist for David Lange in his successful election campaign against PM Rob Muldoon in 1984.

Negotiators look back at a landmark agreement and the climate of exhaustion that ensued.
Alexandre Dayant 9 Apr 2018 14:00