The online environment is fundamentally toxic and piecemeal solutions will continue to fail to protect the vulnerable.

The fifth generation of cellular network technology promises much higher performance in terms of data throughput, speed, and lower latency. This will unlock a regime of new digital technologies that have been developing on the sidelines for some time.

Scholars contributing to the neuroscience in national security discourse agree on one basic view of future warfare – human cognitive systems are in the cross-hairs.

“5G” will add real-time telemetry-based data streams to the already embedded surveillance capitalism model, which involves a multi-layered fusion of data streams we already emit in our now digitally saturated lives. 5G brings advanced AI chipsets to the fore, unleashing predictive technologies at the human-computer interface with radical implications for the consumer experience.

It will unlock the world of augmented reality (remember Pokémon Go? – imagine it everywhere). In sum, the data-driven mass-surveillance attention-harvesting virtual capitalism model is about to be turned up to eleven.

While lobby groups and influential industry voices warn us about the economic costs of being left behind if 5G rollout stalls, how is the digital age working out for our society so far? I’ll confine these observations to Australia – although a growing body of literature, research, commentary, and analysis from around the world is raising alarming concerns about the path we have already travelled some way down.

Australian children are increasingly exposed to any number of vulnerabilities in the online environment, from profiling and identity theft to online grooming, sexually explicit material, and increasing learning and cognitive development difficulties.

For Australian teenagers, impacts are worse. Young people in the digital age face heightened levels of social isolation, intensified scrutiny, judgement, and abuse, and the penetration of previous sanctuaries such as the family home brought on by hyper-connectivity and digital saturation. As we face a rolling mental health crisis in this country, with suicide rates across all categories reaching new heights, vulnerable young people are particularly exposed to the radical uncertainties brought on by a manipulative, exploitative, and rapidly shifting digital environment.

Advocates will point out that digital technology can and must be part of the mitigation response here, but coordinated and focused efforts remain subordinate to market forces. The online environment is toxic because of its fundamental structural business model. Piecemeal solutions brought by good actors will continue to fail to protect the vulnerable. Which is everyone.

Australian adults are subject to any number of proliferating threats and vulnerabilities whose origins are digital. Data breaches, identity theft, online fraud, blackmail and manipulation, the polarising effects of echo-chambers on communities and social cohesion, are all rising.

To this laundry list, 5G will add deep fakes, real-time manipulation, and a new level of cybersecurity threats. A digital divide will open up. Those with the resources and wherewithal will have access to state-of-the-art products and services offered by an exploding cybersecurity industry. The vast majority will make do.

It’s likely a market niche will emerge in which vulnerable consumers will receive a baseline level of online security in return for a total evisceration of the private domain. Data harvested from these groups will be used to make the technology better, which will then be sold at a premium to those able to afford it. In the digital age – we already know – you are the product. But in future, you will increasingly be a resource used to make technology better. People used to think technology was for making society better.

At a socio-political level, liberal democracy is besieged by a range of vectors which attack its most critical foundations. As I’ve argued elsewhere, core liberal tenets of tolerance, impartiality, shared life experience, doubt, and trust are shaken by the digital age erosion of privacy, absence, contemplation, ambiguity, and cognitive security.

If you think someone in government is thinking about this – you’re wrong. The Australian government has world-class cybersecurity capability. But it remains technocentric – it focuses on binary data flowing through the subterranean, oceanic, terrestrial, atmospheric, and orbital network of systems which constitute the infrastructure of cyberspace. Humans are the vulnerable element in any cybernetic system, a fact not lost on the international neuroscience industry.

Scholars contributing to the neuroscience in national security discourse agree on one basic view of future warfare. Human cognitive systems are in the cross-hairs, and they can be accessed at a distance increasingly because of the age of hyper-connectivity. Australia’s national security, intelligence, and defence community is slowly shifting its understanding of security in the digital age to incorporate this unfortunate turn of events.

So when we discuss the 5G race, the Huawei ban, the Samsung solution, the economic cost, the security picture, and all of it ­– let’s remember human beings have to live amongst this bewildering array of anthropological/technological systems. If the rush to 5G has to slow down a bit because the lead company Huawei is judged to be a national security concern, we might use the time fruitfully to ask ourselves a fundamental question. One that has been lost among the mythology and ideology of the digital age.

What do Australians think computers are for? 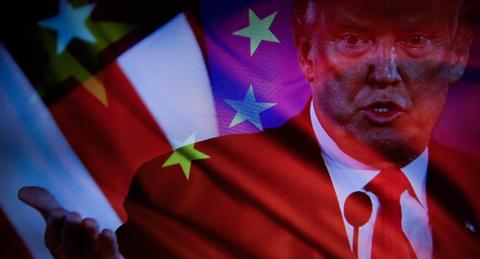 Huawei and the decoupling dilemma

The upward spiral of violence in Myanmar

Past experience shows the protesters’ options are limited – fight back and the fight will only get harder.
Ali Wyne 28 Feb 2018 12:30

The US cannot only respond to Beijing’s growing economic heft by increasing its military capabilities.
Merriden Varrall 16 Mar 2018 12:00

China is merging departments in a bid to further enhance its cultural influence.