AUKUS was the final reminder that European leaders need to make a break from reliance on US security on the continent. 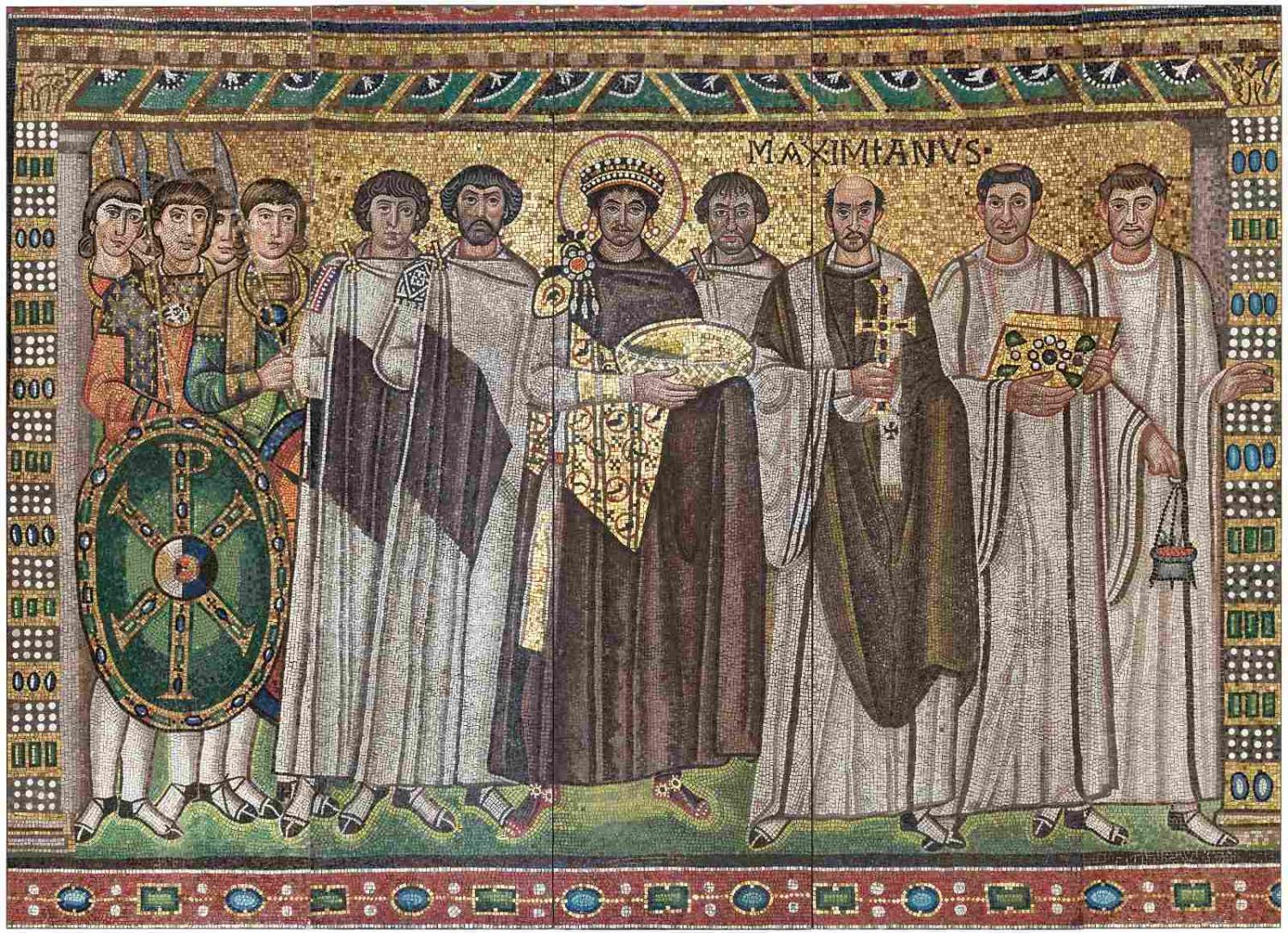 The key power brokers of Europe would do well to heed Emperor Justinian’s strategic dictum: “keep cool and you will command everyone” (Heritage Images via Getty Images)
Published 19 Oct 2021

Constantinople, the capital of ancient Byzantium, was dominated by a statue of Emperor Justinian. Legend has it that Justinian’s hand was lifted to the East to ward off prospective attacks from Persia, while his gaze was turned to the West, portending that the real threat to the capital came from that direction. In 1204, armies participating in the Fourth Crusade sacked Constantinople and dealt the Byzantine Empire a deadly blow from which it never recovered, falling to the Ottoman Empire in 1453.

At the risk of a neck-jarring snap to the present, it is possible that the new AUKUS trilateral security agreement between the United States, the United Kingdom and Australia presages a similar fate for NATO.

Following the collapse of the Soviet Union – the enemy to the east that it was created to check and balance – NATO has spent the subsequent three decades finding new purpose. The bloody breakup of Yugoslavia provided it in the 1990s, the war in Afghanistan in the 2000s, and, in recent times, Russian interventions in Georgia and Ukraine have (somewhat) reinvigorated the alliance.

While AUKUS is squarely aimed at providing contingency for the continued rise of China, its first victim appears to be the French.

So, how can an Anglophone defence pact achieve what neither the Soviet Union, nor its collapse, managed to do and bring an end to NATO?

While AUKUS is squarely aimed at providing contingency for the continued rise of China, its first victim appears to be the French, who lost a lucrative submarine deal with Australia. Fallout on the continent has led to growing suspicion about Washington’s commitment to European security, already tested by US withdrawal from Afghanistan and Washington’s apparent disregard for its European allies, coming soon after the discombobulation of the Trump years.

This sense of abandonment is borne of almost two decades of European qualms about the United States. The palpable unease about the decision to invade Iraq in 2003, the American wiretaps on European policymakers, and rifts with the Trump administration have all led Europe to have second thoughts about US security commitments to the continent.

Even though the US perception has often been that Europeans are “free riders” expecting a US guarantee of security on the continent, Europe has grown accustomed to the United States being an indispensable part of its security architecture. Former German Chancellor Angela Merkel, for example, was perplexed when the United States withdrew 9,500 troops stationed in Germany in 2020.

The main voice of dissent in recent times has been French President Emmanuel Macron, who has become a strong advocate of Europe taking care of its own security. Macron has spoken of a desire for an EU army and of the strategic merits of pursuing rapprochement with Russia.

In this setting, AUKUS might drive more Europeans to heed Macron’s calls, rather than maintain faith in a fragile transatlantic security partnership.

In a strange coincidence, Ursula von der Leyen, the president of the European Commission, acknowledged in her State of the Union speech, delivered on the very same day that the Anglophone defence pact was announced, that “there are deeply troubling questions” regarding the future of NATO and that the EU needs to develop independent security capacities through the establishment of a “European Defence Union”.

Such an attitude acknowledges the geopolitical reality. The Biden administration appears to be fulfilling Obama’s failed promise of an American “pivot to Asia”. Despite a lingering romanticism with maintaining Russia as the eternal enemy, the main strategic threats to the United States are no longer across the Atlantic, but across the Pacific.

The US Department of Defence’s 2019 Indo-Pacific Strategy Report unequivocally charges China with being a revisionist power that “seeks to reorder the region to its advantage by leveraging military modernization, influence operations, and predatory economics to coerce other nations”.

Keeping cool entails Europe seeing the current potential for US disengagement on the continent not as a looming security disaster, but as a golden opportunity.

To combat this perceived threat, AUKUS, especially if it expands to include India and Japan, might be a blueprint for an Indo-Pacific “NATO” – recall that NATO was created roughly two years after the United States under Truman adopted a policy of containing the Soviet Union.

Where does this leave continental Europe?

The key power brokers of Europe – especially Macron, von der Leyen and, of course, the new German chancellor – would do well to heed Justinian’s strategic dictum: “keep cool and you will command everyone”.

Keeping cool entails Europe seeing the current potential for US disengagement on the continent not as a looming security disaster, but as a golden opportunity.

After the Second World War and with the onset of the Cold War, having an American presence on the continent was crucial to European security. Since the end of the Cold War, and with the subsequent expansion of NATO, the United States now negatively distorts the distribution of power in wider Europe.

European interests should not be conflated with US interests. Europe pursuing more strategic autonomy sans-US involvement would help Europe avoid being sucked into a potential Sino-American Cold War.

Justinian is remembered for his boldness. If European leaders can harness some of this courage to break free of their reliance on the United States, not only would it benefit European security and strategic flexibility on the continent, it might also help Europe fulfil its long-touted “superpower” potential.

Previous Article
Coming up for air: global action to stop pollution
Next Article
The right climate for central planning

The limits of Zoom diplomacy in Asia

Will American hostility to the International Criminal Court, and exception from it, shift under a Biden administration?