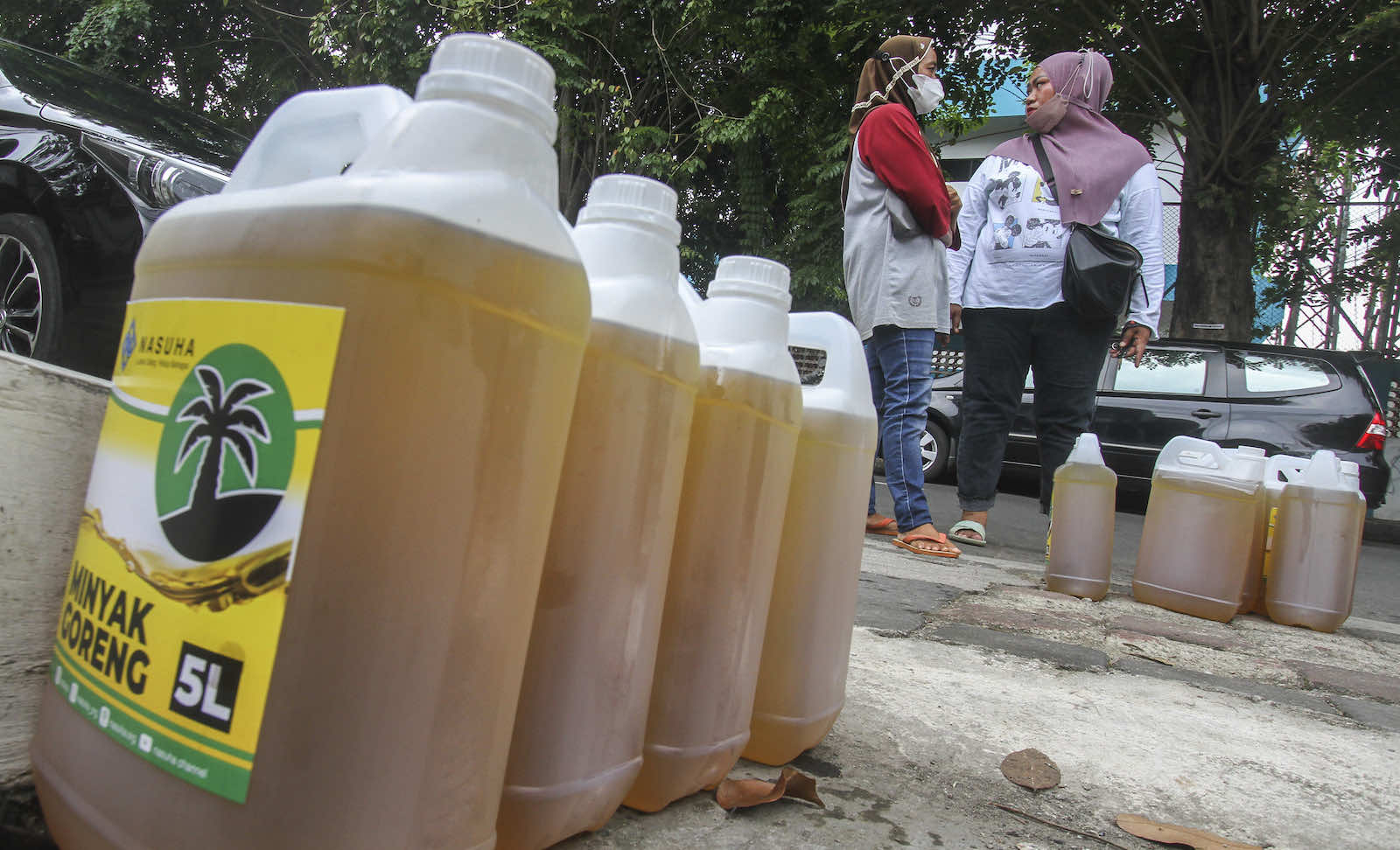 The global vegetable oils industry was stunned after Indonesia’s President Joko Widodo announced late last month that his country, the world’s largest producer of palm oil, would impose a ban on exports. While Jokowi, as the president is widely known, cited domestic shortages in cooking oil as his reason for the ban, the true picture is far more complex.

To start with, statistical data makes clear that the apparent shortages of cooking oil in Indonesia’s domestic market should not exist at all.

In 2021, Indonesia churned out 51.3 million tonnes of palm oil. Almost two-thirds of this, 34.2 million tonnes, was exported while the rest was slated for domestic consumption. Of that designated for the domestic market, only 8.9 million tonnes was used to produce cooking oil.

But something that defied logic undoubtedly took place in Indonesia during March. Hordes of people queued at stores just to buy cooking oil. Scarcities that seemingly developed overnight gave the impression of domestic shortages.

The curious tale started in February when the government enforced the Maximum Retail Prices (HET) for palm-based cooking oil at 11,500 rupiahs a litre (around A$1.15) for unrefined non-brand cooking oil, 13,500 rupiahs for small-brand, and 14,000 rupiahs for branded premium cooking oil. The set prices had been part of a policy known as Domestic Price Obligation (DPO), designed to deliver cooking oil, one of the food staples in Indonesia, at affordable prices.

The ban on palm oil exports is the government’s countermove aimed at strong-arming the palm oil industry into toeing the line.

But the government overestimated the acceptance level within the industry towards the new prices, which were well below the market. In December 2021, for instance, cooking oil had been sold in Indonesia for more than 20,000 rupiahs per litre.

Unsurprisingly, the industry rebelled. While publicly acquiescing to the government’s directive, major distributors proceeded to withhold supply for retail centres and markets.

There were strong criticisms against the government as cooking oil supply dried up, leading to panic buying and hoarding by those who could still afford it. The chaos and public furore in the end prompted Trade Minister Muhammad Lutfi to revoke the HET on 16 March. The minister argued that by scrapping his own directive, oil traders would be less “tempted to export” cooking oil intended for the domestic market because of the price differences. At a parliamentary hearing, Lutfi blamed the scarcity of cooking oil in the domestic market on the existence of “cartels” and “speculators” but confessed to being unable to do much to curtail them.

As soon as the HET had been discontinued, an abundance of cooking oil suddenly reappeared in the markets – but at almost double the price set by the government, an outcome which hardly pleased most Indonesians. Sensing public dissatisfaction over the high prices of cooking oil, Jokowi publicly berated his ministers and asked them to tackle the problem, before eventually issuing a ban on exports.

But Indonesian palm oil producers claimed that the government had been scapegoating exporters. Togar Sitanggang, chairman of the Association of Indonesian Palm Oil Producers (GAPKI), denied that his members had a preference for the export market over its domestic counterpart, adding that recent export figures had actually indicated a downward trend. Instead, he pointed to the speed with which the government had implemented the price changes as the main reason for the chaos that followed.

The move has a precedent in an earlier ban on coal exports in January. The coal ban was also a punitive action against the coal industry for failing to meet government expectations under DPO. Under the policy, the coal industry had been required to supply the state-owned electricity company (PLN) at below market prices for 5.1 million tonnes. It then transpired that the industry proved uncooperative by only delivering 35,000 tonnes. The ban came to an end after the industry reaffirmed its commitment to DPO.

Now the question for palm oil exports is when the industry and the government can reach a compromise. Continuing the ban indefinitely will only hurt both parties, given the size of the industry and its strategic importance to the Indonesian economy. In 2021, palm oil made up 13 per cent of Indonesia’s total exports, making it one of the country’s prime commodities. The industry is Indonesia’s third-largest export earner and employs approximately 3.7 million people.

The coal export ban only lasted for a month, during which pressures, both national and international, mounted on Jakarta to reverse its policy. There is no reason to believe the ban on palm oil exports will go down any differently.

Show Comments
Previous Article
Bell teals for big parties in Australia’s election
Next Article
China and the West: It’s about understanding each other