The traditional two-party political cycle is being disrupted by the rise of independent candidates from right and left. 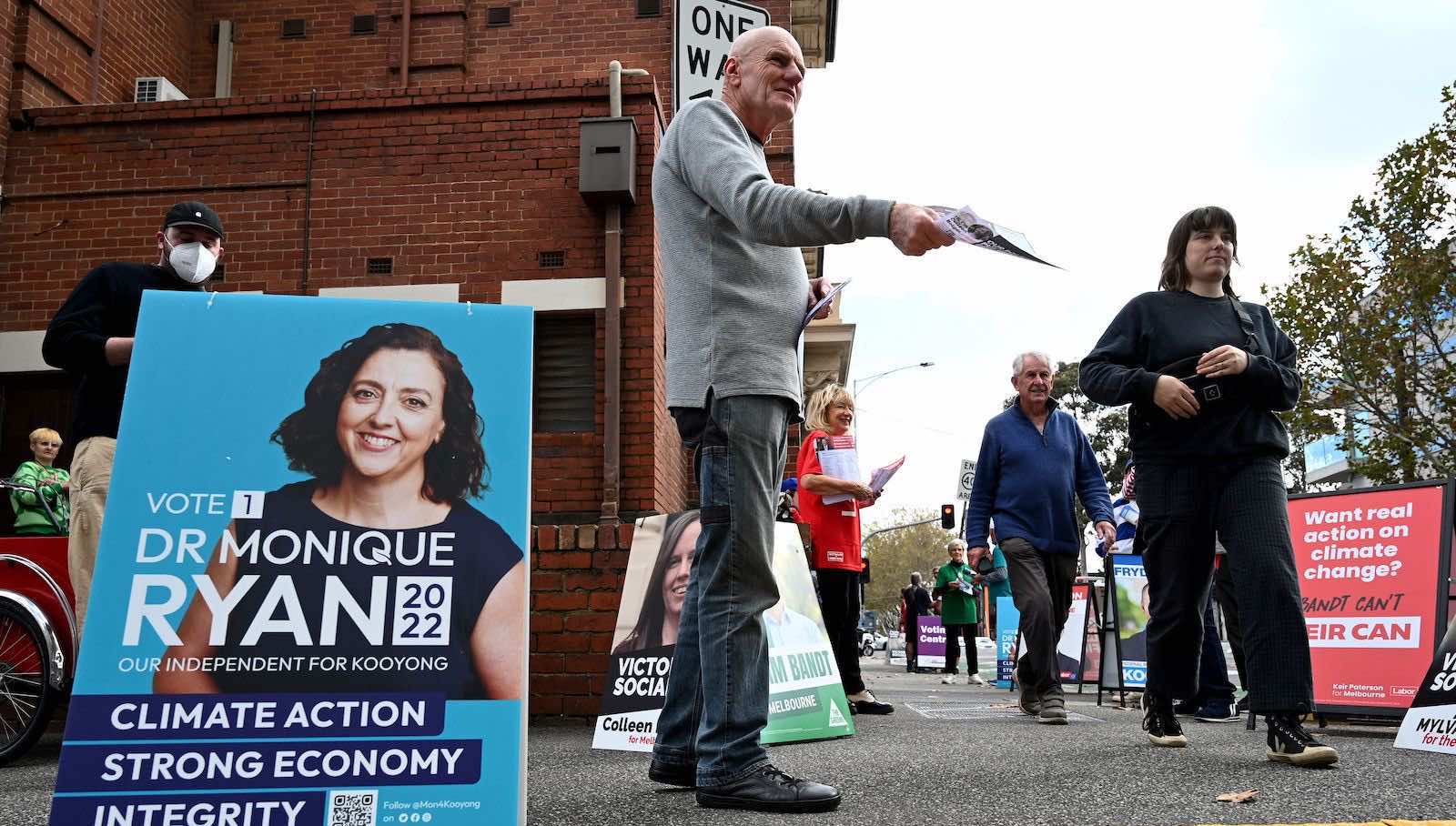 When former prime minister Malcolm Turnbull used a speech in Washington last week to empathise with the rise of independent candidates in Australia’s traditionally two-party political system, he was accused of treachery by some Liberal party colleagues.

But measured by the rise of non-major party members of Australia’s nine national and state/territory parliaments over the past three decades, Turnbull was also partly stating the obvious.

The proportion of seats held by these independent and minor party politicians has roughly doubled over that generational time span as traditional cultural and economic loyalty to the major parties – the centre-right/rural Liberal-National Party Coalition and the centre-left Labor Party – has waned.

When counting across Australia’s nine jurisdictions – federal, state and territory – independents and minor party politicians now hold about 12 per cent of the 837 seats in the upper and lower houses (three jurisdictions only have one house). But that is less than half the primary vote they have won in some recent elections in a system which, while it varies around the country, tends to support the major parties through preference distribution and other processes. That proportion has varied slightly over the past four years around 100 seats compared with 51 in early 1992, illustrated in this chart.

Some recent opinion polls have suggested the non-major party or independent primary vote could exceed 30 per cent at the 21 May federal election. That is being accentuated in this campaign by the rise of a new cadre of mostly female independent candidates from professional backgrounds who are threatening to win seats from the governing Coalition by urging greater action on climate change. They are running as the “teals” reflecting their claimed blue (centre-right) origin but green policy focus.

The chart also shows that Australia appears to be headed towards a shift in power at the national level from the LNP coalition under Prime Minister Scott Morrison to the Labor party based on an apparent political cycle that for several decades has begun in a major state and then flowed to the national parliament. The latest opinion polls also point to a Labor victory with about 53 per cent cent of the two-party preferred vote, although most past experience suggests this will tighten closer to the election.

The last three completed political cycles lasted for an average of about eight years measured from when the rising party gained a plurality of seats countrywide to when the other party overtakes it again. It has taken an average of just under five years from the beginning of the cycle at the state level for the party to win office at the national level. Significantly, it is now just over five years since the current Labor cycle began with the party’s victory in the normally conservative state of Western Australia in March 2017.

The furious debate about the impact of rising independent numbers on the quality of Australia’s democracy may be bemusing to foreign observers more used to multi-party governments.

Labor now holds 50 per cent of seats countrywide and after winning power so far in six out of nine jurisdictions in this cycle, while the conservative coalition has 38 per cent.  Even if it wins this election Labor will still be well short on the 55 per cent seat share it gained when Kevin Rudd led the party to power in 2007 and the party briefly held all nine jurisdictions.

However, that peak Labor share over the four cycles in the chart is still lower than the almost 59 per cent share held by LNP Coalition when Tony Abbott was prime minister in 2014. And that was a higher share than the Coalition held in 1997 under what is generally seen as the more successful lengthy 11-year leadership of John Howard.

Next week’s national election could see the addition of several new independent or minor party members to the Senate and House of Representatives.  There are now seven non-major party members in the 151 member House and 15 in the 76 seat Senate. Apart from the “teals” the potential new members would possibly include both additional right and left leaning members. The Greens are now the largest minor party with nine out of 76 senators and one lower house member. Some analysts say they could win marginal Liberal lower house seats in inner city Brisbane instead of Labor because there are no “teal” environmentalist candidates running there.

However, the one substantial opinion poll so far of support for independents running for the House of Representatives across the country has only pointed to two ‘teal” candidates being elected.

The potential rise of the “teals” has sparked a furious debate about the impact of rising independent numbers on the quality of Australia’s democracy. This may be bemusing to foreign observers more used to multi-party governments ranging from industrialised peer democracies such as Germany to emerging neighbourhood democracies including Indonesia.

Labor Opposition leader Anthony Albanese has taken a contradictory position by declaring that he will not negotiate an agreement with any independent or minor parties to win government, even though a Labor government would inevitably at a minimum need the support of the Greens in the Senate. But Albanese also likes to point out that he was a successful senior minister and even briefly deputy prime minister in the only non-majority national government since the Second World War between 2010 and 2013. It had formal support agreements with independents.

Turnbull, on the other hand has said that Labor government, led by Australia’s first female prime minister Julia Gillard, “depended on the support of crossbench independents for confidence and supply, but they weren’t the cause of instability”. Turnbull’s comments are particularly incendiary in the current context because his former safe Liberal seat in Sydney’s wealthy eastern suburbs is one of the more likely to fall to a “teal” candidate Allegra Spender, whose father and grandfather were both high-profile Liberal MPs. Turnbull also criticised independents when he was under pressure as prime minister and only narrowly won the 2016 election.

Perhaps the most interesting commentary has come from the Liberal Premier of New South Wales, Dominic Perrottet, who governs the country’s largest state from a minority position with the loose support of centrist independents. Perrottet says: “In some ways, it enhances the democratic process because when legislation comes through cabinet, you sit down with the crossbench and work through the issues.”

Australia has had two previous periods of significant small party success since the Second World War which impacted on national government decision making. In the 1950s anti-communists and Catholics broke away from Labor to form the conservative Democratic Labor Party. And in the 1980s moderate Liberals and others formed the centrist Australian Democrats. But these two parties mostly only thrived in the proportional voting system used in the Senate and waned after the departure of their high-profile early leaders.

The heightened focus on independents in this election despite the still relatively small 12 per cent share the small players hold across the country is explained by the way they are now starting to make an impact in the lower houses of parliament. This is where governments are formed but where the mostly single member constituencies and preferential voting systems have tended to favour the major parties. However, while the federal party leaders and some commentators have warned about instability, several state premiers have come to power in the past two decades with support from independents after close elections.

And indeed Queensland’s former Labor premier Peter Beattie made a point in a recent op-ed that some foreign observers of Australia’s election may also come to ask: “If former German chancellor Angela Merkel could provide decisive leadership at the head of grand coalitions under the power-sharing German voting system, then surely Australia can manage a minority government.”