It’s trite but true to say that all politics is local. Foreign policy rarely gets a look in at election time in Australia. Moreover, the conventional view is that the divisions between the two major parties on foreign policy questions are narrow enough to make little difference at the ballot box.

But Greens Leader Richard Di Natale’s speech to the Lowy Institute earlier this month struck a very different note. Di Natale’s view of what’s in the national interest reminded us of wide gaps that exist between the political parties.

The Coalition construes the national interest in a pragmatic, realist way. It focuses on securing Australia’s prosperity, through trade liberalisation, protecting our borders and trade routes, and maintaining a stable and peaceful Asian and Pacific neighbourhood. To achieve the best outcome for Australia, the Coalition will use whatever tools are available, be they bilateral, multilateral or both.

For Labor, the national interest means being a good international citizen. Labor is ideologically committed to multilateralism and finding solutions through international organisations such as the United Nations, and is sceptical of bilateral and unilateral agendas.

The Greens’ foreign policy isn’t as well articulated but, like Labor, party members claim to be committed to good international citizenry with a strong emphasis on environmental issues. For Di Natale (channelling the rhetoric of Kevin Rudd), climate change is the greatest global foreign and security policy challenge.

Labor has always been less than enthusiastic about bilateral trade agreements. Its bilateral scepticism was laid bare when then Labor leader Simon Crean argued that the Howard Government should focus on the Doha Round of WTO negotiations rather than pursuing its bilateral FTA agenda.

The Coalition took a more pragmatic approach, realising that while multilateral trade negotiations were stalling it was imperative to keep opening up markets for Australian trade. Under Howard, Australia signed landmark trade agreements with Singapore, the United States, Thailand, and launched negotiations with China and Japan. Despite six years in government, Labor wasn’t able to conclude a deal with Asian economic powerhouses China and Japan. In contrast, it took Liberal Trade Minister Andrew Robb just 18 months to put pen to paper with China, Japan and Korea, opening up billions of dollars of markets for Australian exporters.

Australia’s relationship with the US  is another point of divergence for the major parties. The Coalition considers the US bilateral relationship paramount and the US Alliance underpins our foreign and defence policy settings. Labor agrees in form, but in substance waivers in its commitment to the Alliance. Labor’s criticism of the Coalition being too close to Washington and compromising our Asian engagement has been a constant over the years. For the Coalition, however, a strong US presence in Asia is central to keeping East Asia stable.

Labor prefers to concentrate on our engagement with 'Asia' (assuming it is a unified regional group). Labor seeks to woo Asia and minimise causing offence in the region. Anything else in foreign policy is seen by Labor to be either counter-productive or a waste of time. While prime minister, Kevin Rudd spent a lot of time trying to rebuild Labor's credentials on the US Alliance, but struggled to alter Labor’s DNA which, from the time of Whitlam, has been uneasy with the US Alliance.

What we see from the Greens is a reinvigoration of the Whitlam-era Labor view of the US-relations. Di Natale has called for an 'independent' (ie, from the US) foreign policy, querying the benefits of ANZUS and whether it’s in Australia’s and the world’s interest. So it’s important at this election to ask the question: what would a Labor-Greens coalition mean for Australia’s foreign policy? Some dramatic policy resets would be likely.
Di Natale doesn’t see the value in Australian troops in the Middle East, joining the fight against Islamic State; he’s alone on that one, with Labor and Liberal both supportive of our efforts there.

Israel is a third source of disagreement between the parties. The Greens have always been hostile to the Middle East’s only democracy, Israel. Bipartisanship on Israel between the Coalition and Labor is starting to crumble. At the behest of Bob Carr, Australia in 2012 abstained on a vote on Palestinian statehood at the UN General Assembly (Julie Bishop, then in opposition, said the Coalition would have voted against the resolution) and moves are afoot within Labor (driven by the Left faction, of which Shadow Foreign Minister Tanya Plibersek is a member) to recognise Palestine as a state.

Finally, on aid. One of Julie Bishop’s most significant changes upon coming to office in 2013 was to merge Australia’s aid agency, AusAID, with DFAT and reprioritise aid spending. Labor opposed these changes, but it’s unclear whether they would re-establish AusAID as a stand-alone agency. DFAT went through a difficult transition through the AusAID merger but the outcome has been a welcome alignment of Australia’s foreign and aid policies in both policy development and delivery. This is a good outcome for the target countries as well as for the Australian taxpayer in delivering efficiencies. It was a pragmatic decision, based on the national interest. 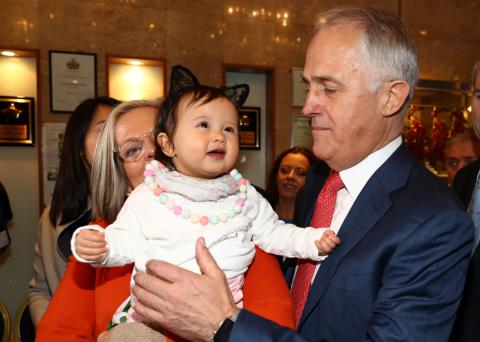