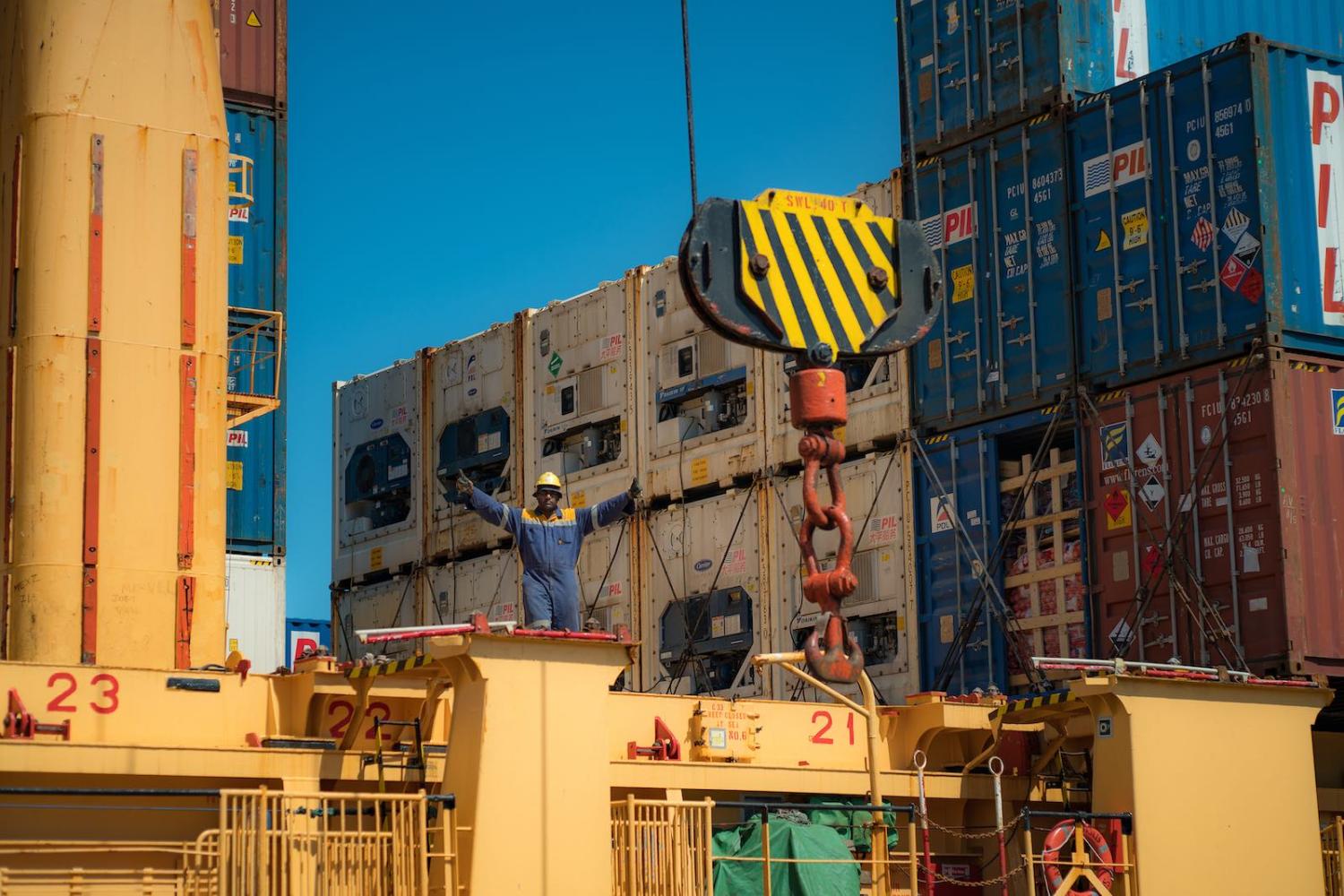 Is it a hot topic at Fiji’s port? What are major parties in Australia offering in terms of Pacific policy? (Photo: Asian Development Bank/Flickr)
Published 16 May 2019

The Pacific has undergone a foreign policy renaissance of sorts, with politicians and policymakers falling over themselves to proclaim their commitment to the region and its vital importance to Australia. Leaders of both major parties have been increasingly speaking about the region, while starting to place the Pacific at the very centre of their foreign policy agendas.

Despite an apparent unity ticket, there are some important differences in how the major parties may approach the Pacific after the election.

But with the Australian election to be held on Saturday, what are both major parties offering in terms of Pacific policy and reengagement with the region?

At face value, there is a bipartisan consensus on the importance of the region that will likely continue regardless of the outcome at the polls. There is broad support of the premises of the 2017 Foreign Policy White Paper and the 2016 Defence White Paper, where the Pacific and its strategic significance takes centre stage. Both parties have also begun to commit greater resources towards the Pacific and speak about the region in a different manner, shown by the adoption of a more inclusive language that emphasises “partnership not paternalism” and Australia’s membership of “a Pacific family”.

Despite this apparent unity ticket, there are some differences in how the major parties may approach the Pacific after the election. The starkest difference is the broader regional role that Australia should play.

The Coalition has emphasised importance in its Pacific policy, echoing the suggestion by some that Australia’s place in the region should be underpinned by what is effectively a policy of “strategic denial”, to ensure that Canberra is not challenged by an increasingly present China. Labor, on the other hand, has emphasised the region’s economic development and the impact of climate change, opting to avoid the language of confrontation but rather focus on “the economic betterment of the ten million people of the Pacific Islands themselves” and for Australia to become the “partner of choice” for the region (although the latter phrase has been used by both sides of politics).

Morrison’s Pacific pivot has been marked by establishing new diplomatic posts across the region, proposing new annual bilateral security meetings, creating a new development financing facility (echoing a similar proposal by Labor), and a strong commitment to building Australian naval presence and regional defence capacity such as its joint redevelopment of the Lobrum naval base with the US on PNG’s Manus Island.

These initiatives, along with seeking stronger bilateral ties with nations in the region such as Fiji and multinational efforts such as the four-party electrification of Papua New Guinea, all aim to deny the opportunity for Beijing to further entrench itself politically and militarily in the Pacific. A re-elected Coalition government would likely continue this effort of effective strategic denial, working closely with allies and Pacific island nations to rebuild and maintain Australia’s regional primacy.

Labor will likely seek to rectify what has long been a thorn in the Coalition’s side by committing to more ambitious action on climate change and emissions reduction. After many years of inaction and damaging ministerial blunders, changes in environmental policy would undoubtedly be met with enthusiasm across the Pacific. While Labor is not following a policy that could be interpreted as strategic denial like that of the Coalition, Labor’s initial proposal for an infrastructure financing facility and to double current levels of development funding suggest that it will seek to offer alternatives to Beijing’s tempting concessional loans and infrastructure programs.

Labor has also pledged changes in key elements of current policy which will raise the Pacific’s profile in Canberra’s international relations, committing to “put the Pacific front and centre in [its] regional foreign policy” and to encourage regional collaboration and economic empowerment. The reinstatement of the portfolios of international development and the Pacific back into cabinet, re-evaluation of visa and travel arrangements with PNG, as well as the expansion of the Seasonal Workers Program and Australian regional broadcasting services, have all been signalled as likely changes to Pacific policy should Labor form the next government.

Whatever the outcome of the election, the Pacific looks set to benefit. However, there are shortcomings to either approach that will need to be addressed by the major parties.

The Coalition’s focus may help to reassert Canberra’s place as the region’s preeminent partner, but its failure to effectively climate change and implement more ambitious environmental targets may deny Australia future opportunities. Labor’s continued ambiguity over the “partner of choice” concept has also been criticised, overlooking the increasingly complex geopolitics of the region and presuming that Pacific nations will have to choose one development partner over another.

Nonetheless, there is no escaping that both major parties offer more substantive regional policies than in previous years. The centrality of the Pacific in policymaking is likely to continue. Whether the cornerstone will be Labor’s focus on development and climate change, or the Liberals’ increased interest in strategic denial, that’s a decision that will rest in the hands of the Australian electorate when people go to the ballot box on Saturday.

Australia has been more generous than most but as geopolitical as China.
Nick Bisley 26 Sep 2019 05:00

From running on autopilot to hyper-aggressive, the President now seems intent on deal-making – without constraints.
Kelsey Munro 8 Oct 2019 06:00

In Episode 11 of Rules Based Audio, we take a look at the next phase of the Belt and Road Initiative from two sides.