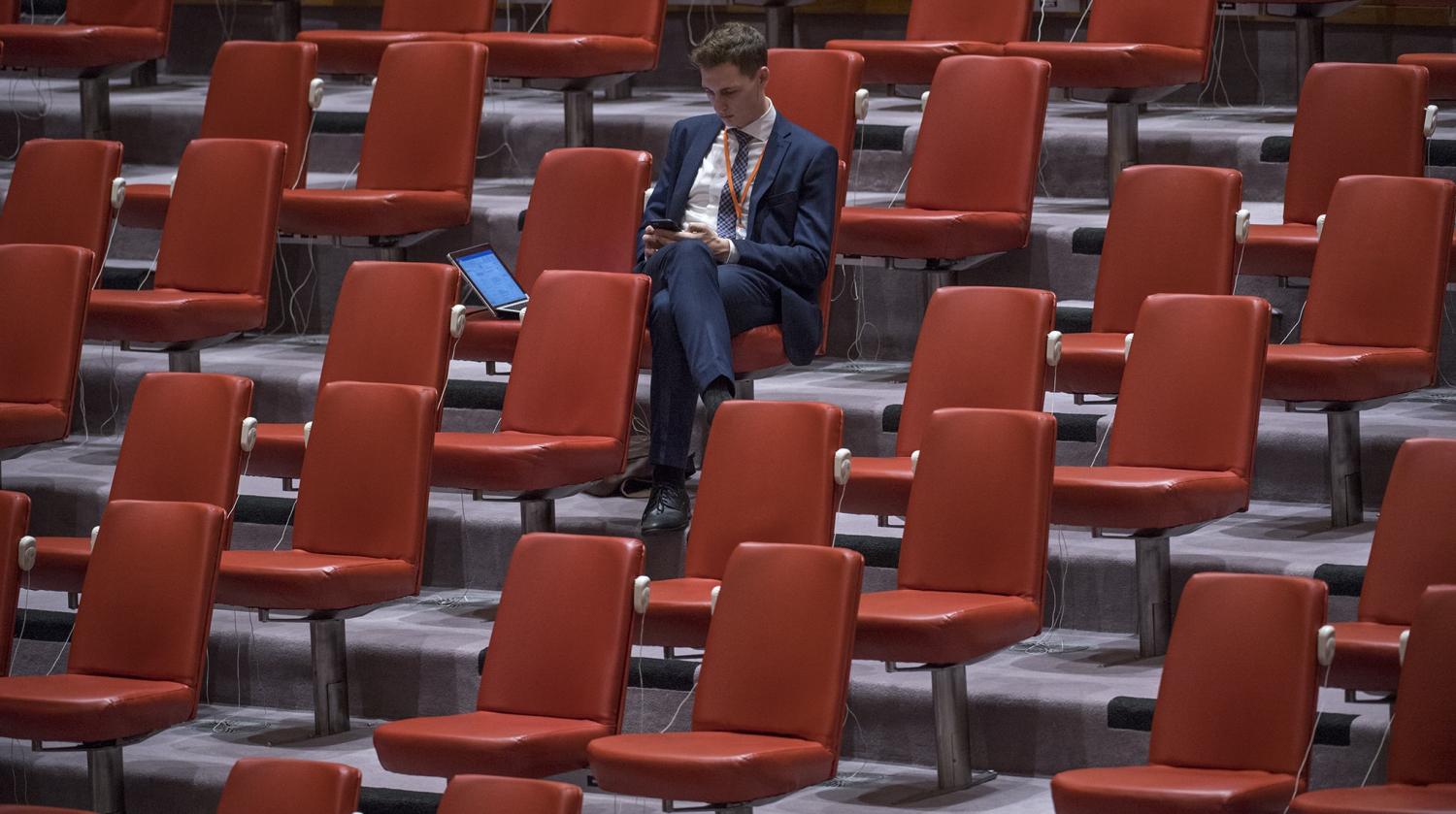 The Foreign Policy White Paper offers a compelling assessment of the challenging geopolitical environment that Australia faces. It clearly advocates Australia’s priority of engagement in the ‘Indo-Pacific’ region, deftly manages the US-China contest and the inherent awkwardness of our trade and security interests, hedges with its proposed heightened engagement with regional democracies (Japan, India, Indonesia and South Korea) and identifies scope for broader cooperation with other likeminded countries.

But what is striking is how the White Paper overlooks and undervalues the benefits of Australia’s strategic engagement with the UN. The paper fails to specify what contributions Australia could offer to the UN’s program of work to support Australia’s interests and facilitate Australia’s agenda for what is branded in the title as ‘opportunity, security and strength’.

The UN matters. As part of its core work, it performs essential services including peacekeeping in 15 operations across four continents; feeding 80 million people in humanitarian crises; assisting over 65.3 million refugees fleeing conflict, famine or persecution; saving 3 million lives a year through vaccinating 45% of the world’s children; and protecting human rights on the ground and through some 80 treaties/declarations.

The UN Security Council is also the paramount forum for multilateral crisis management, conferring unique legitimacy in its decision making. The UN is the primary forum for tackling the most pressing global challenges, including providing a framework for collective action on climate change and implementing the internationally agreed sustainable development goals (SDGs) to ensure economic development, environmental preservation and social advancement in all countries.

This work is essential to Australia’s emphasis on 'a rules-based international order' by which norms are set to regulate states conduct. A commitment to a rules-based order and cooperation is the pervasive theme of the White Paper and Foreign Minister Julie Bishop appeared to affirm the government’s faith in the UN as a vehicle for prosecuting Australian foreign policy in a speech ahead of the release.

Bishop pledged: “One of the key messages [of the White Paper] … is that, in an increasingly contested world, the rules-based international order is vital for the pursuit of every nation’s legitimate international interests. The United Nations, with all its successes, and all its imperfections, sits at the heart of this international order… We will continue to support the institution of the UN to strengthen the rules-based order, project our values and interests, and solve problems that require the UN’s unique legitimacy.”

Curiously, this endorsement of the UN is not properly reflected in the White Paper. The government identifies the promotion and protection of international rules that support stability and prosperity and enables cooperation to tackle global challenges as one of its five objectives of fundamental importance. Yet the paper fails to make the obvious declaration that identifies the UN as the primary forum for promoting the rules based order.

Arguably, this is done by inference. Australian engagement with UN activities is identified throughout the paper. This includes the UN Office on Drugs and Crime to fight transnational crime and corruption (page 73); binding Security Council resolutions that underpin collective responses to terrorism and North Korea’s proliferation of weapons of mass destruction, including sanctions (page 82); the UN Framework Convention on Climate Change (page 85); working to achieve the SDGs (page 88); support for the Office of the High Commissioner for Human Rights and membership of the Human Rights Council (page 89); and the UN Committee on the Peaceful Uses of Outer Space to pursue security in space (page 97). The Paper also identifies means by which Australia helps protect and strengthen international rules and norms, including by supporting international accountability and adjudicatory mechanisms, such as the UN’s International Court of Justice (page 83).

But despite this substantial level of engagement, the dedicated passage on the United Nations appears as one of a number of subsets to Chapter 6 on global cooperation and is notable for its brevity (five paragraphs) and seeming ambivalence to the UN.  There is no substantive and coherent strategy offered on engagement with the UN, and how Australia could pursue its national interests in the forum. Nor is there any meaningful examination of how the UN has supported Australian interests. Just five paragraphs that include a flat statement recalling Australia’s candidacy for election to the Security Council for the 2029-2030 term and a somewhat negative characterisation of the UN through the emphasis on Australia’s interest in its reform.

There is no doubt the UN is an imperfect organisation – how could it not be when it is the reflection of efforts to reconcile the often disparate interests of its 193 members? Many elements of its operation would benefit from reform to better position the UN to manage global crises, as has been recently proposed by Secretary General Antonio Guterres. But the UN remains a critically important multilateral institution and assists Australia by both promoting the rules-based order and offering a forum to secure outcomes in Australia’s direct national interest and project influence.

The cursory treatment of the UN in the White Paper marginalises an institution that is an obvious partner in support of the government’s key objectives in international engagement and deserved more recognition.

Muslims are certainly a target for Senator Hanson, but I’ve little doubt their integration into Australian society is proceeding in much the same way as past waves of migration.
Jacob Taylor 9 Jul 2020 07:00

A defensive attitude without greater engagement with the entire global system would leave the country more vulnerable.