A free trade zone for Timor-Leste and Indonesia

Regional stability, economic resilience and mutual prosperity – what’s not to like about a cross-border FTZ? 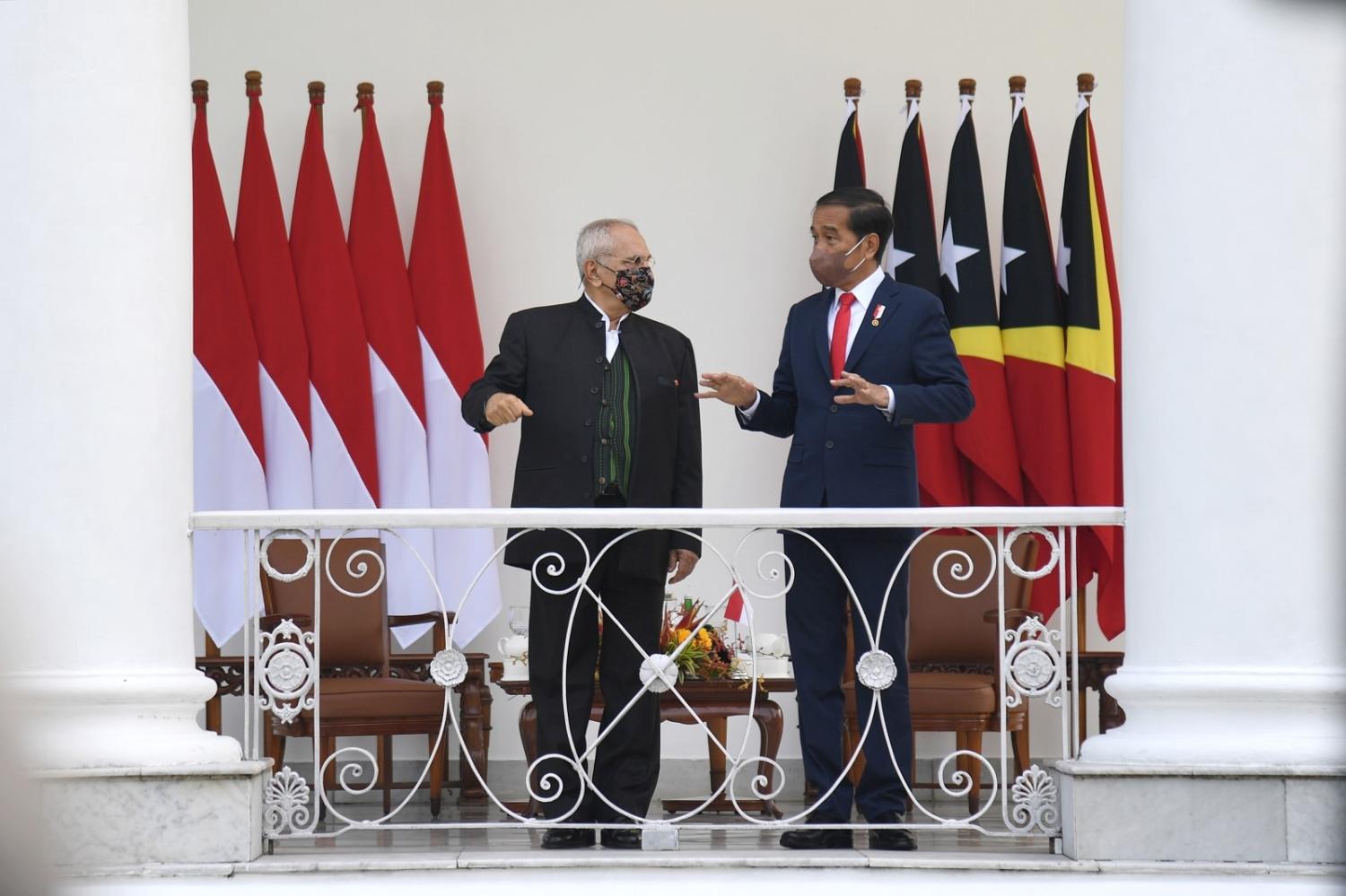 In July, Indonesian President Joko Widodo received President José Ramos-Horta for the first state visit of the Timor-Leste leader’s term. Both made proposals to deepen economic ties and urged for the establishment of a cross-border economic zone. Such a program has the potential to be groundbreaking because it allows both countries to test and develop novel policies in the effort to build a high-performance economy. These policies are the key features of successful development in advanced economies and in the impressive catch-up trajectory of East and Southeast Asia.

Both Timor-Leste and Indonesia would need to make and implement robust strategic choices, especially in setting up the zone with effective economic development in mind. For Timor-Leste, the country could draw inspiration from many of the Asian nations that industrialised before it, assuming it continues on this path.

More than 4,000 special economic zones currently exist in Asia, with more than 1,000 in the ASEAN block.

There are important factors that contributed to Asia’s successful economic development, such as the crucial role played by significant investments in education, skills development and the accumulation of knowledge and technology, as well as an emphasis on fostering competent firms and learning among the workforce, which produced strong national systems of production and innovation. Economic zones have been used at different stages of development, changing from manufacturing enclaves to multi-activity, high-tech economic hubs that were fully integrated into the urban and economic environment. These proliferated and are still being created.

According to United Nations policy research, more than 4,000 special economic zones currently exist in Asia (approximately 75 per cent of the world’s total), with more than 1,000 in the Association of Southeast Asian Nations (ASEAN) block. Reports from University of Zurich, United Nations Conference on Trade and Development and related Asian Development Bank studies have shown that in Thailand, development zones are estimated to boost GDP growth by 5 per cent a year. In Malaysia, about 200 economic zones account for 60.5 per cent of national manufacturing and are located within states that contribute 40.2 per cent of national GDP. In China, special economic zones near the coast and near trading partners contributed to a 12 per cent permanent increase in GDP levels for more than 250 cities between 1988 and 2010, and that increase is predicted to reach 20 per cent in the long term.

It would be expected that governments throughout the region would keep opening economic zones in light of the current economic environment, which includes slowing growth, high and persistent inflation, and elevated economic uncertainties. Each of these factors has significant spillover effects in East and South Asia according to the United Nations' most recent World Economic Situation and Prospect briefing, published in September.

It is imperative that the cross-border zone between Timor-Leste and Indonesia achieve industrial development objectives with a careful strategy set out for how it will generate jobs, value-added exports, and benefits for society. For Timor-Leste’s emerging economy, it will be extremely important that its zone policies are designed and implemented to focus on solving critical problems (e.g., skill gaps, failures of coordination between firms and training providers and/or supply chain partners, supply chain disruptions, poor trade infrastructure), while also steering meaningful economic growth and attaining specific economic and social targets in a way that results in more sustainable and equitable development.

Given Timor-Leste's current stage of economic development and late entry into international value chains, a cross-border zone would be an essential pillar in building productive capacities and achieving domestic economy integration into global supply chains, particularly in developing market segments or niche markets for its young economy. Timor-Leste's participation in global value chains would provide access to a large pool of innovative technology, as well as much-needed skills and capital, and would stimulate productive upgrading in the private sector. The country needs to take advantage of its physical proximity to Indonesia and the region’s markets. Cross-border industries and services can capitalise on this economic proximity and make Timor-Leste more appealing to foreign investment, promote trade and participation in regional value chains, and create competitive advantages.

The zone would be worth approaching as an important foundation for deepening the bilateral relationship where benefits and tradeoffs go well beyond trade and investment.

From a development standpoint, we cannot deny that the cross-border zone approach can foster greater economic opportunities for Timor-Leste and Indonesia. There is evidence that a cross-border zone can play a key role in the establishment of global future cities in border regions that serve as hubs for economic development, enhancing the economies' outward orientation and insertion into global supply chains. The zones can even help with world-class urban/social/tech development and grow into an integrated strategy that creates high-quality infrastructure for trade and other societal needs.

While an economic zone can help to shape an innovative and competitive border region in both countries, many other factors would eventually need to be developed to create and sustain distinct advantages across the border, as revealed by the Asian experience. These factors include transportation and logistics infrastructure, digital technologies, investments in education, innovative clusters, effective regulation, a favourable investment climate, competent regulatory institutions, urban development, quality services and so on.

Although the neighbouring economies are separated by an international boundary, with the Indonesian province of East Nusa Tenggara on the western part and sovereign Timor-Leste on the eastern part, promoting a new kind of cross-border zone provides the basis for an alternative growth path.

Economic considerations can also assist other distinct and strategic objectives that are connected to the success of a potentially new zone between both nations. In this regard, the zone should also require novel forms of international policy coordination at the bilateral level that policymakers would need to face across various objectives. The zone would be worth approaching as an important foundation for deepening the bilateral relationship where benefits and tradeoffs go well beyond trade and investment.

Consider the various interplays among both countries that need to result in trust and reciprocity. Under the zone, conditions will emerge that can reinforce a harmonious relationship and closer political cooperation for legitimate foreign policy objectives that have increasing significance for regional stability and prosperity. The upshot is that a new economic partnership can usher a new era of friendly relations, where each country works together and grows stronger in the process.

Moderate centrism is out, while increasing nationalism seems to attract votes, even pushing aside a cloud of corruption.
Alexandre Dayant 15 Jan 2018 13:41

Updates on issues across the aid and development field.
Stephen Grenville 10 Oct 2018 12:30

The challenge will be to find the line in-between economics and diplomacy in an organisation dictated by tradition.